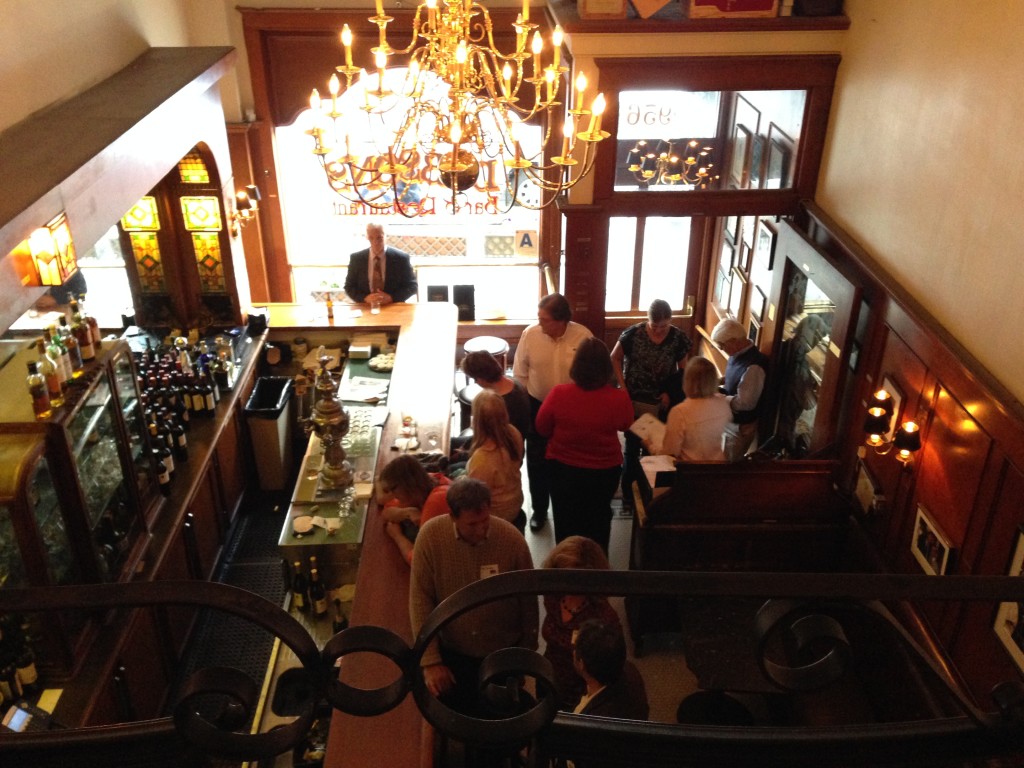 This week the San Diego Press Club (for which I serve on the board as a director) hosted a cool event in partnership with the historic Dobson’s Restaurant and the 100+ year-old Spreckels Theatre.

All kinds of members of all age ranges showed up for the event, from the very first president of the press club, Jack Gregg (in his 90s!), to new faces fresh from college. We started in Dobson’s, which used to be the old Press Room, where local photo journalists gathered daily to get their drink on. Mingling, drinking, and nibbling ensued, and then we were led on a tour of Spreckels, given by the owners themselves, Jacquelyn Littlefield and her two sons, John Shlaes and Geoffrey Shlaes (who took over operations after their mother fell ill around six months ago). 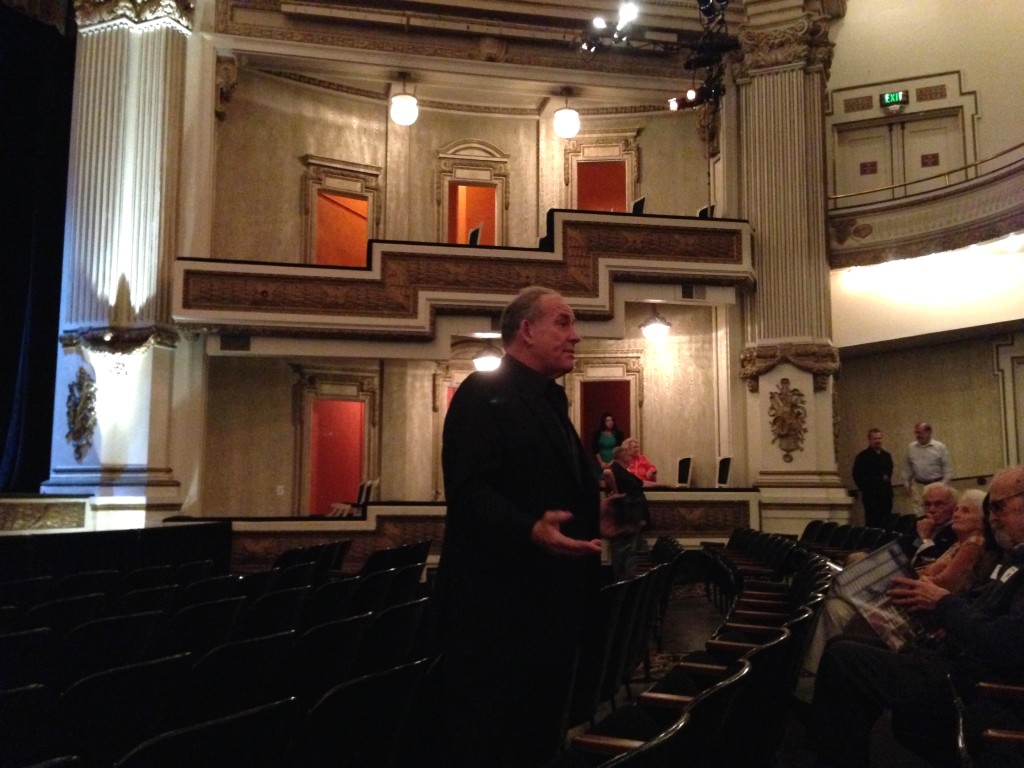 Geoffrey Shlaes (his mother, Jacquelyn in the box in the distance)

We learned fun tidbits about the theater and bar’s shared history (such as the secret panel in the men’s room that led to the bar, so men could steal away from their wives for a drink during shows). I’m glad I live in a time when, if there were to be such hidden doors, they would likely be offered to all genders. But I guess that’s what flasks have always been for. I digress! 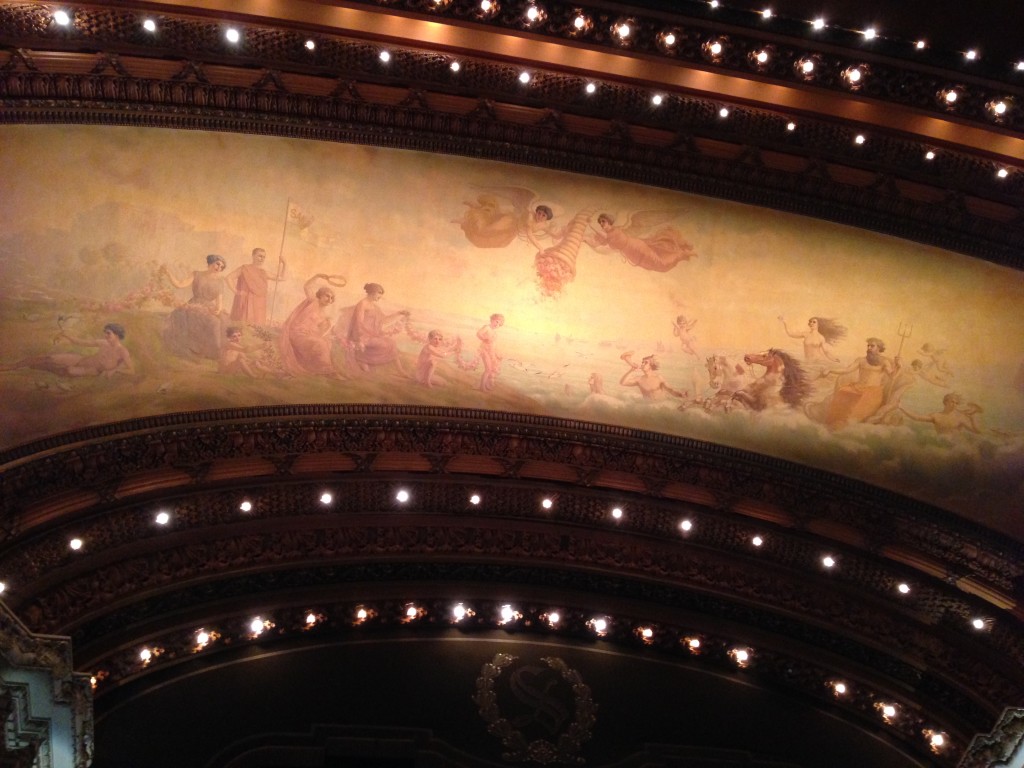 The theater is stunning. Another fun fact, it was at Spreckels that David and I filmed one of the very first segments for the TV show we made. It was a Terri Tries It segment (the first), when she tried to be a ballerina. You can see it right here:

After the brief and fun stories, we were treated to a surprise dance performance, choreographed by the illustrious Jean Isaacs of San Diego Dance Theater! Sorry for the crap-quality photos, I wasn’t equipped for this lighting. 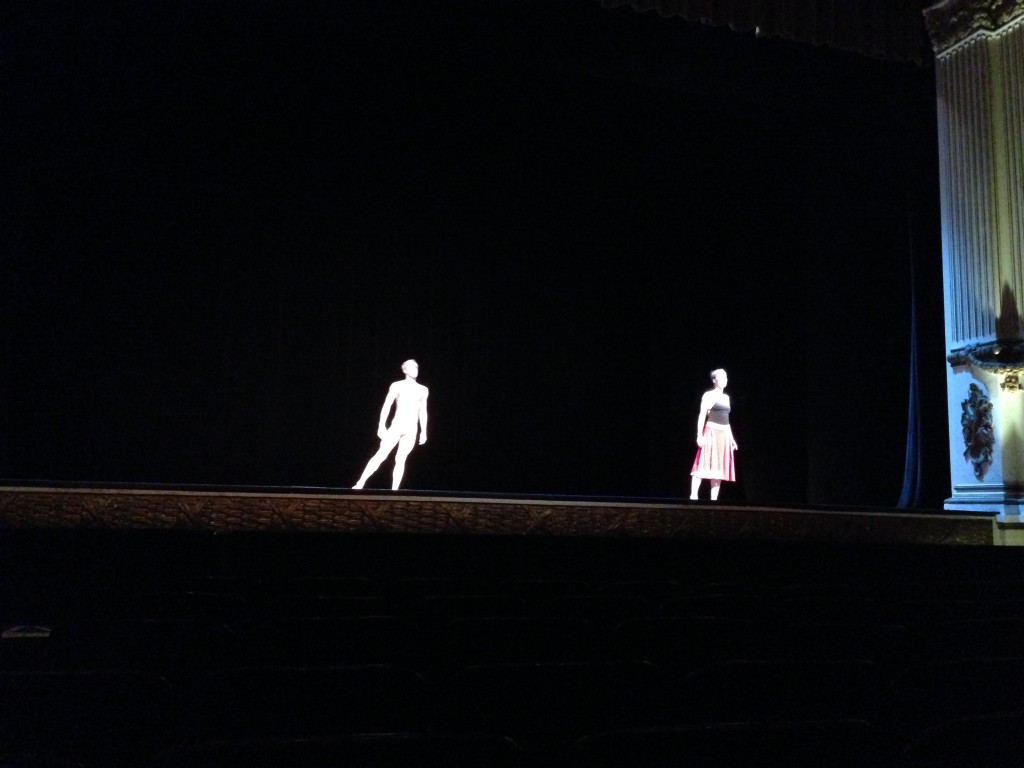 The dance was gorgeous, and the theater was so quiet we could hear the dancers’ breath as they moved. After the performance, Jean said a few words. I was stoked to meet her, she’s a dance legend. You know the trolley dances? That’s Jean’s doing. 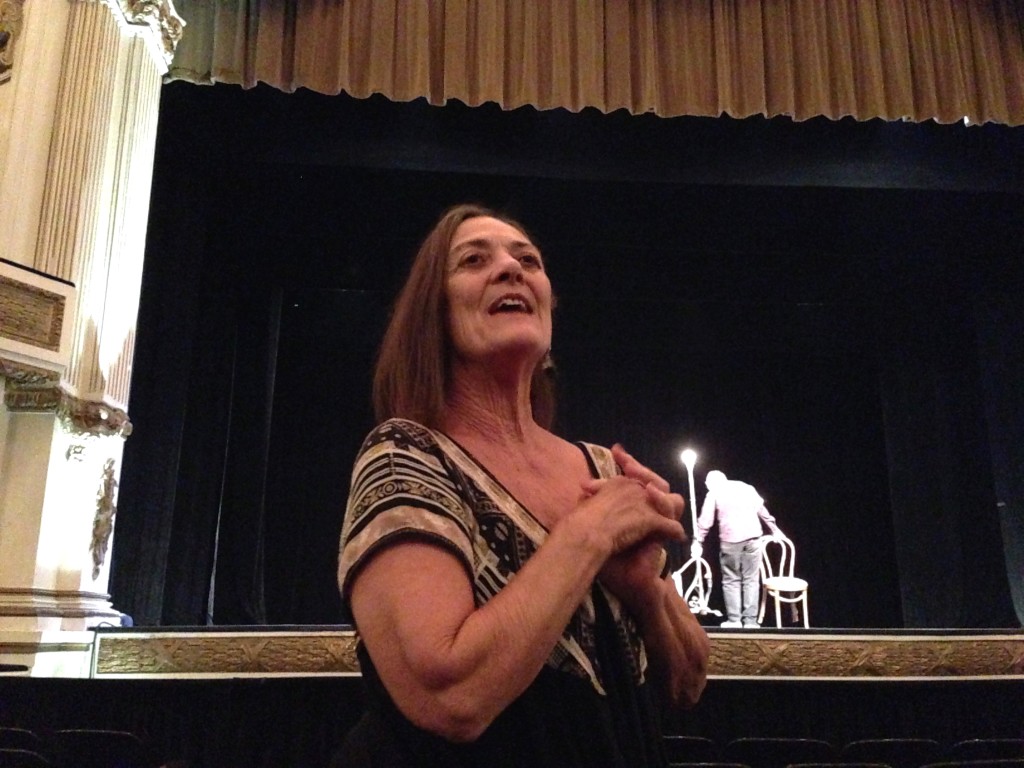 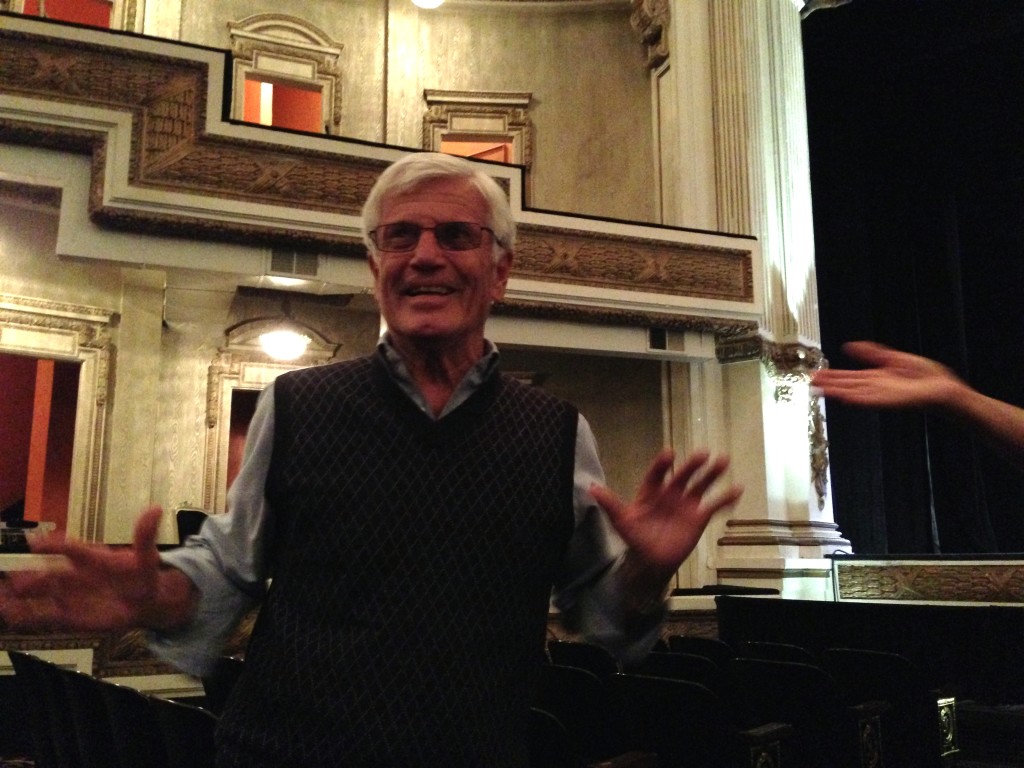 After the words and the visions, we were invited to explore every nook and cranny of the theater. If you’re involved in media of any kind (blogging, photos, PR, writing) or simply want to be around people who are and be invited to cool insider events like this, I encourage you to join the San Diego Press Club.

Here are a few more pics. 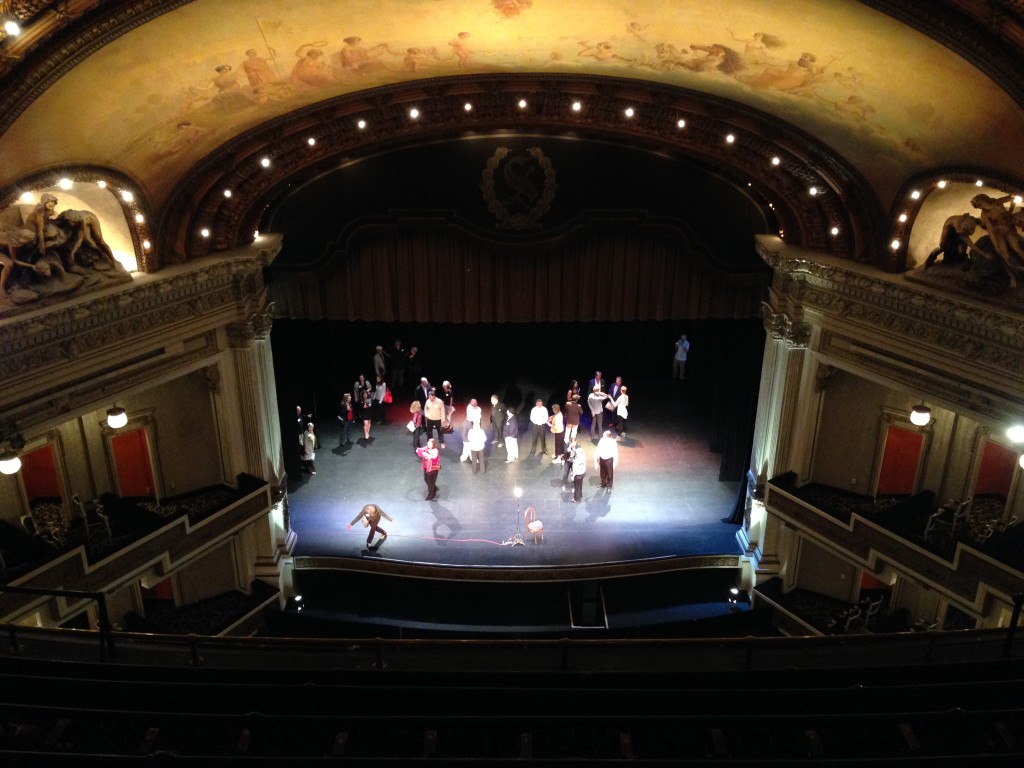 Press peeps milling about on stage 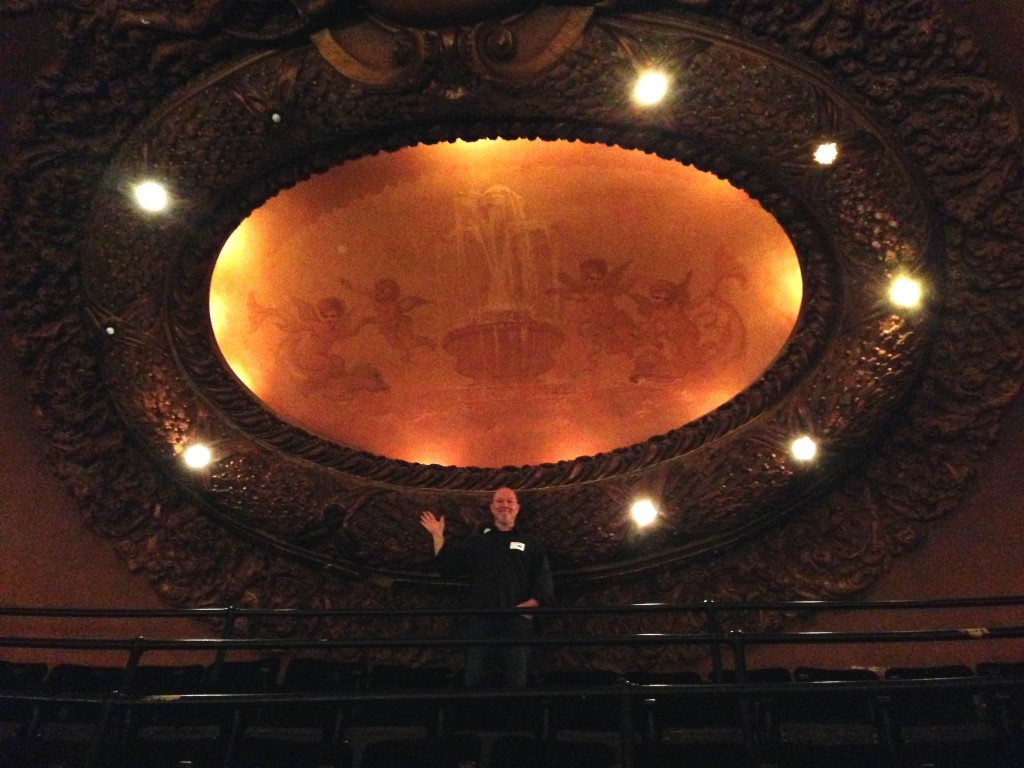 David and I went to the tippety-top. 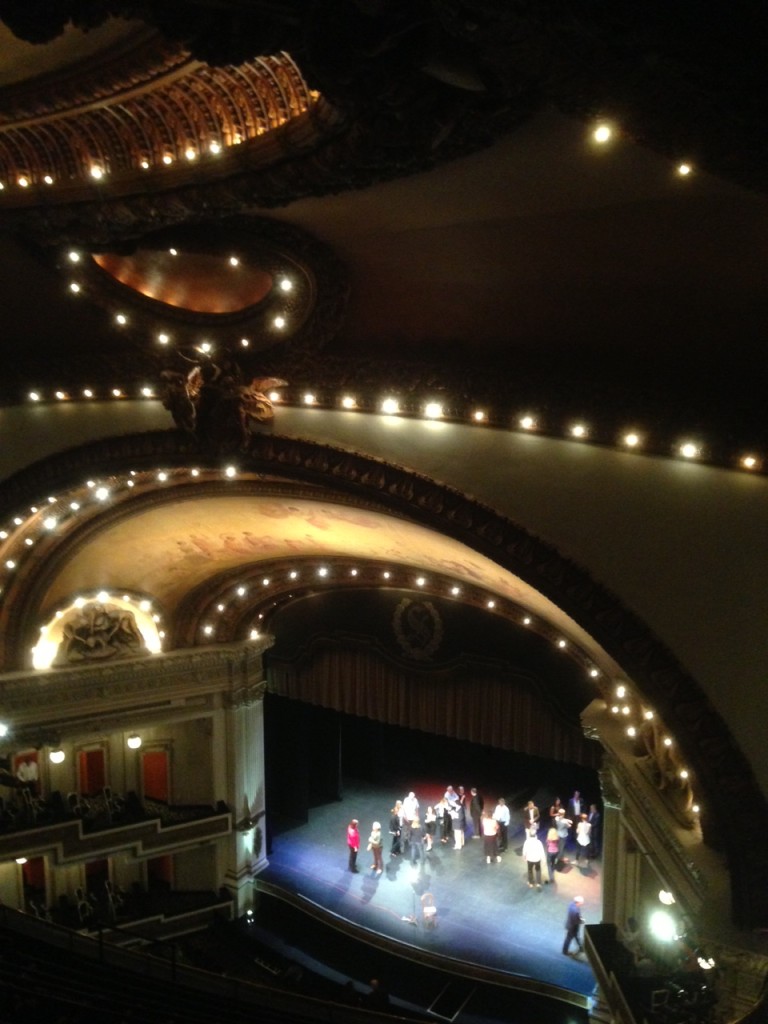 David grabbed this shot from the very topmost corner

Thank you to dance critic and fellow board member Kris Eitland for organizing such a wonderful evening!