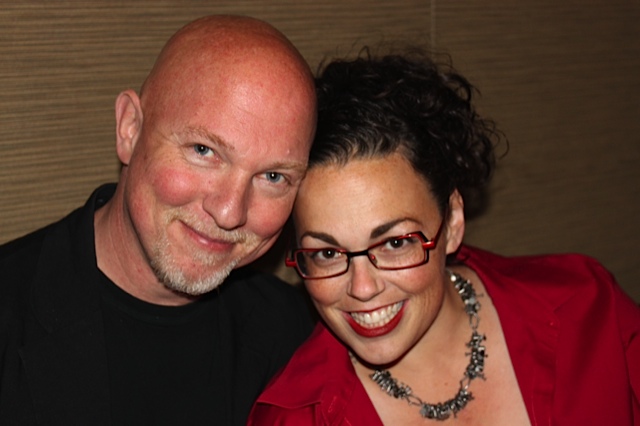 David’s phone buzzed on the table. He picked it up and smiled down at the screen. “What’s that?” I asked.

“What? When did you join Kik? I thought you said Instagram was enough social networking for you. You told me you had no interest in people Kikking you.” I furrowed my brow. I feed information to David in real time, like a stock-market ticker. David, on the other hand, waits to tell me things until he has a more complete story to share, like a monthly magazine. In other words, I speak 140 characters while David speaks in chapters.

Back when he first joined Instagram, David complained about all the requests he got to join the internet-based texting service, Kik. I was never interested in getting an account because I already have more than my fair share of daily interruptions and distractions.

David explained, “You can’t communicate privately with people on Instagram, and many of my friends live in other countries, which makes texting too expensive, so I finally gave in and got a Kik account.” He turned back to his phone and smiled again as he tapped out a response.

“Well? You didn’t answer my question,” I prodded. “Why are you smiling at your phone?”

David looked at me across the table and then sat up straighter in his seat. Then, with all the pride of a kid who just won the national spelling bee, he said, “I’m saving the marriage of someone on the other side of the planet!”

“Oh, yeah? So, you’ve taken on another case?” I closed my laptop to give him my full attention. “Tell me about it.”

From friends and family members to random people at the grocery store, or, in this instance, casual acquaintances made through Instagram, all kinds of people with whom David interacts end up seeking his counsel in one form or another. Sometimes it’s a matter of profession — for example, he assisted both his brother Dana and my sister Jenny in choosing their career paths. But, most often, and almost exclusively with women, the advice sought has to do with personal matters. Or, more specifically, with relationship issues.

I once asked my man why he thought it was that so many people — and particularly women who were unhappy in their relationships — seemed to gravitate toward him for help. “I don’t know,” he responded, “but it’s been happening since college. Women just confide in me. I’m like a girlfriend, only I’m able to tell them how men think. And since I’ve been with you, I’ve learned a lot about how women think, too.”

The most recent volunteer life-coaching case of David’s that I was aware of involved a mutual Instagram friend of ours named Lily — someone who lives in another state, whom neither David nor I had met in person, but whose urban exploration photos of abandoned buildings we enjoyed. One day, along with one of her images, Lily posted an angst-filled poem she’d written about trust. When David saw it, he felt compelled to offer help. What began as a simple comment about trust exercises led to an exchange of emails in which Lily revealed to David her dissatisfaction with her boyfriend of four years.

After months of emailing back-and-forth with David, Lily ended her long, unhappy relationship and has since started another one, in which she seems much happier. In one of her latest emails to David, she wrote, “You are a great friend to have, and I appreciate that you care and share.”

Now David gave me the background story about the person Kikking him, a woman named Alex. This time, what began as friendly comments on each other’s Instagram images developed into a Kik exchange about photography (a common occurrence for David, who is an internationally known fine-art photographer). A friendship was formed over a common interest, and then one day, in response to a simple, “How are you?” message, Alex unloaded.

“She told me all about her marriage and how she and her husband have been growing apart since they had kids,” David said. “She lives in Australia but had developed an emotional online relationship with a guy in Norway. So, I asked her, ‘What if that guy lived down the street, what would you do?’ And she said, ‘I’d have him in my bed in a heartbeat.’ And then I said, ‘That sounds like it might be awkward for your family’ — she has a three-year-old and a ten-year-old. And she was, like, ‘You’re right. I love my kids, and I love my husband. I couldn’t do that to them.’ It wasn’t until that moment that she realized that her online, pseudo-relationship with the guy in Norway wasn’t ever going to go anywhere.”

David opened his laptop and showed me the email Alex had sent him a week later. In it, she wrote, “Strengthened by our conversations, I have done two things.” First, she cut off her go-nowhere infatuation with Norway Boy. Second, she sent her husband a sexy photo of herself. “He loved it, and made it his screen saver,” she wrote, before adding an excited face and heart emoticon, followed by the words, “It’s a start.”

“Their rekindled love is like that little plant in Wall-E,” David said, and I could swear his eyes were misty.

“I don’t know where you find the time,” I said. “It’s so great that you help all these people, but I have enough trouble managing myself in a day, let alone figuring out other people’s lives.”

“You know me,” David said. “When I have a friend who has a problem, I like to try and help.” He looked down at his phone, and then his head snapped back up. “Oh, I forgot! Alex is really into photography and, traditionally, that’s something her husband didn’t support. Like, if she asked him to stop the car to take a photo, he’d roll his eyes. So I suggested she start taking pics of the food he makes, because he loves to cook. So now, rather than having two hobbies that kept them apart, it’s something they can do together and both be satisfied. Now they’re working on a cookbook together.”

“You totally did save that marriage,” I said. “Now just imagine what you could do if you joined Facebook.”