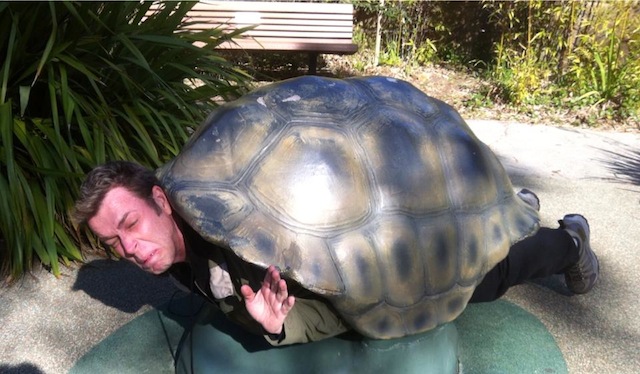 Uncle Jimmy as a turtle.

With one step, the air changed from fresh morning cool to middle-of-the-rainforest hot. The atmosphere inside the Reptile House was so thick, I thought if I opened my mouth I’d have to chew in order to breathe. Fortunately, it took only a few minutes for my body to adjust and for my mind to begin appreciating what all that moisture must be doing for my chronically dry skin.

Uncle Jimmy flashed his Cheshire cat–wide grin at me as we were led to a small room in the back by senior zookeeper Tommy. Our guide was a herpetologist, which, I quickly learned, has nothing to do with any simplexes. Herpetology is the study of amphibians and reptiles, and the root — herp — stems from a Greek word used to describe “crawling or creeping.”

Tommy — a tall redhead with an almost imperceptible soul patch beneath his lower lip — selected a plastic container from one of the temperature-and-humidity-controlled shelves. Just before he lifted the lid, his face took on a proud smile. Inside the container were three perfectly spherical white eggs half buried in sand and remnants of shells from other turtles that had already hatched; they had been incubating for 12 months. 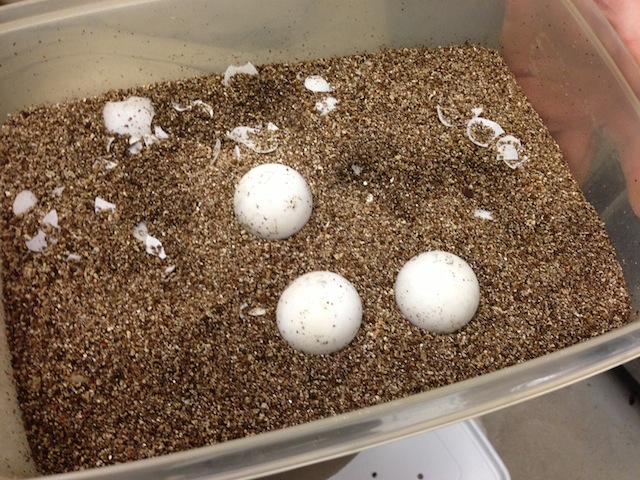 The turtle eggs we were shown.

“A year?” Uncle Jimmy asked in disbelief. Tommy explained that, to ensure successful survival rates, the zoo re-creates the conditions of drought and flooding that would occur in the turtles’ natural habitats.

While my uncle was marveling at the effort and exactitude that goes into breeding such creatures, Tommy reached into the container and lightly scratched each egg with his fingernails. He explained that scratching the eggs imitates the sensation of hatched siblings ambling around the nest, which sends a message to the little ninja inside that it’s time to come out.

After the plastic container was returned to the shelf, Tommy selected another. This time, when he lifted the lid, instead of sand and eggs, we saw a damp white towel and six tiny — well, at first, I wasn’t sure what they were. They looked like fallen wet leaves, each so small I could fit two of them in the palm of one hand. Their orangey-brown heads were little leafy triangles extending from the edge of their shells. They were mata mata turtles, freshwater turtles found in the shallow waters of the Amazon River. In the wild, mata mata mothers bury their eggs in leaf mold and leave them to fend for themselves. 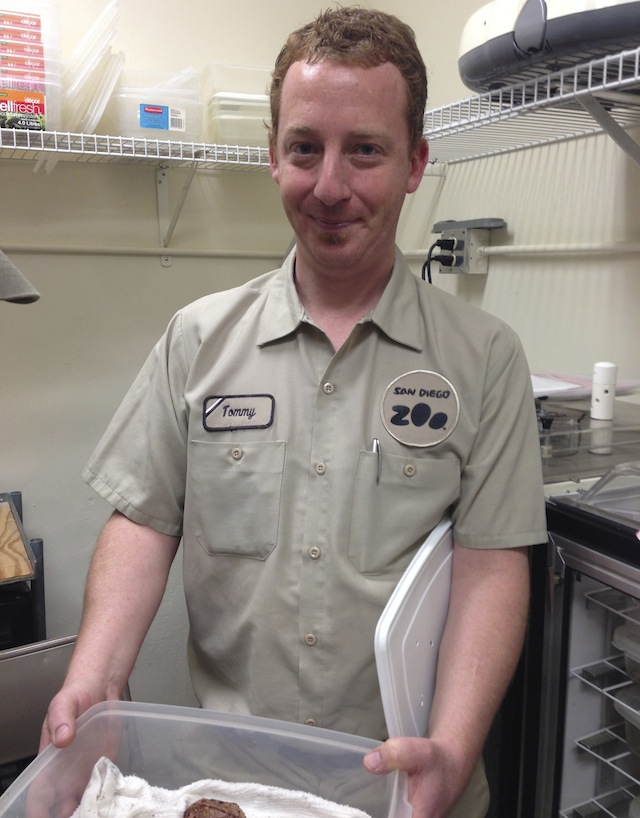 I stared into the container until I realized that one of those little heads was facing in my direction; I finally spotted its eyes, and then I felt an irrational shame for having been caught staring so hard. By a turtle. 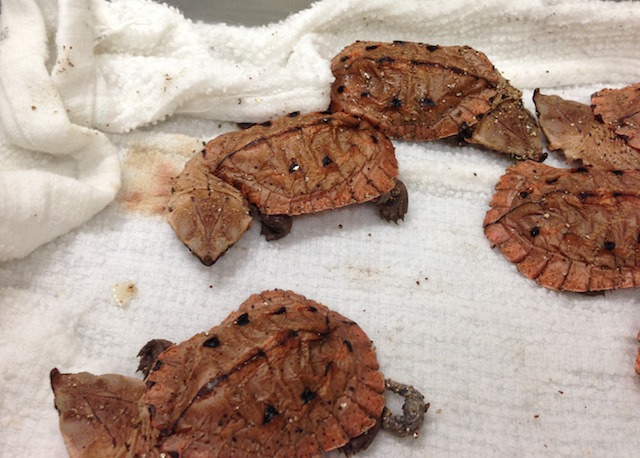 I stood around and waited as Uncle Jimmy, like Charlie in the Chocolate Factory, asked Tommy to explain each gadget and gizmo we came across in the Reptile House. I’m not sure how it escaped me that my father’s younger brother was so into turtles. Uncle Jimmy is a landscape designer in New York City. He’s responsible for Bay Ridge’s Narrows Botanical Gardens (4.5 acres of carefully tended gardens, including a native-plant sanctuary). 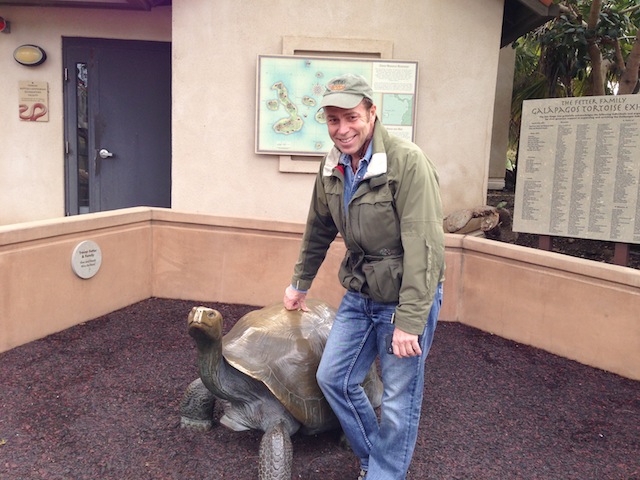 When he told us he was coming for a visit, Uncle Jimmy mentioned that he’d recently begun to rescue and rehabilitate native New York turtles, some of which are endangered. He ensures their comfort and survival during the winter, and then they have free rein of the gardens come springtime. As soon as he told me this, the proud San Diegan within me knew I had to take him to see the new Reptile Walk at the San Diego Zoo. But the chance to speak with Tommy and get a peek inside the Reptile House, where keepers do all their behind-the-scenes work, was an added bonus. 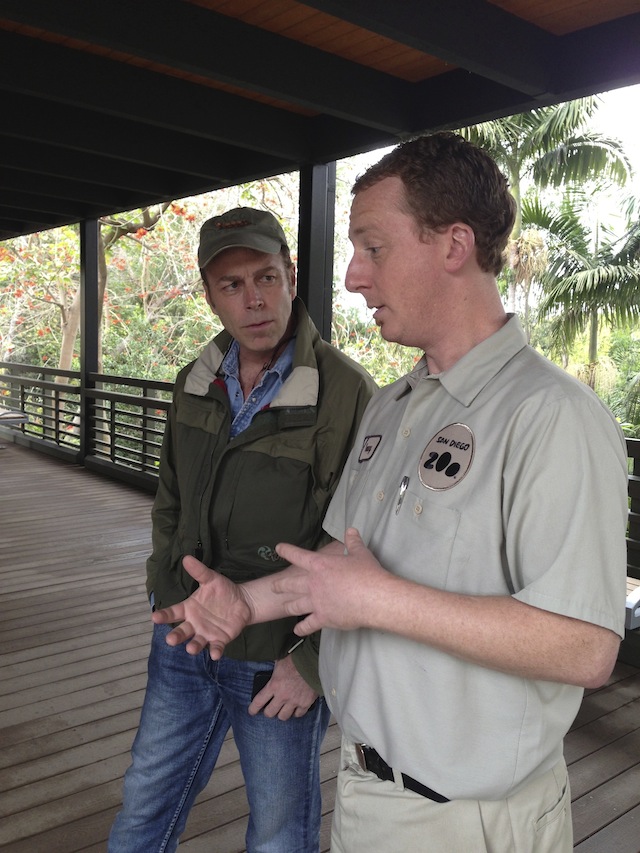 Uncle Jimmy gleans all he can from Tommy.

After having grown accustomed to the tropical air of the Reptile House, stepping back outside was like having someone rip away my warm comforter on a cold morning. Along the walk, we found both juvenile and adult mata mata turtles (the mother and father of the hatchlings we’d met). They no longer looked like little fallen leaves. They were big spiny rocks and swam around the clear water with their mouths open and throats expanded, funneling in water and any bits of food that might be floating in it.

While gazing at an enclosure, Uncle Jimmy said, “I wish we could adopt state-of-the-art facilities like these in our little sanctuary. This zoo is like an ark. It’s like Noah’s Ark.” When we came upon the Galápagos exhibit, my uncle told me about his trip to the islands. “It was amazing how the birds just came right up to us — they didn’t know enough to be afraid,” he said. He described how, in the 1800s, sailors would collect the giant, ancient tortoises and stack them upside down by the hundreds in the holds of their ships. “They could live for a year like that, without any food or water, so the sailors used them for food on long voyages,” he explained. As the 150-year-old a few feet away stretched his neck toward us for a better look, I wondered if he remembered seeing his brethren taken like that, or if he was even aware. I hoped not. 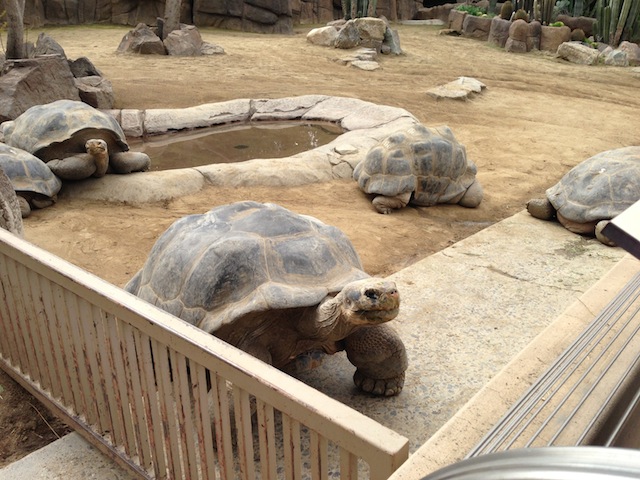 When we left, Uncle Jimmy elaborated on the reasoning behind his passion for preservation. “Our goal, our mission statement at Narrows, is to educate people about native animals. They don’t know about them. There’s an incredible amount of ignorance, and meanwhile these creatures are being destroyed. Some lady could have a country house and a painted turtle could be making its way up the bank of the lake to lay eggs and she wouldn’t even know.”

Uncle Jimmy looked at me, his permanently amused look covered with a mask of sincerity. “In my lifetime, I’m watching species evaporate to nothing and it’s overwhelming and it’s sickening. If I can just make people aware… If I can help just a little bit with these guys… They can’t speak for themselves. Someone has to be their voice.”

The familiar perma-grin flashed back onto Uncle Jimmy’s face. He held up a piece of paper. “Tommy gave me his email. I’ll be able to email a zoologist from the San Diego Zoo. How cool is that?” 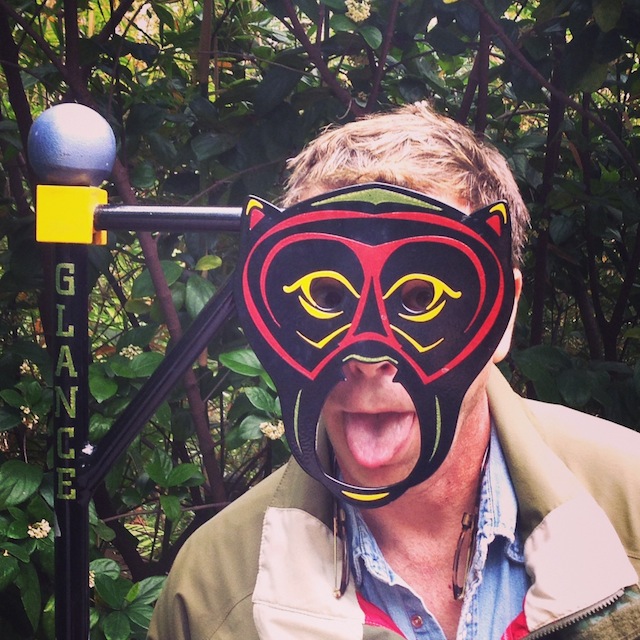 Uncle Jimmy as a monkey. But that’s another story.