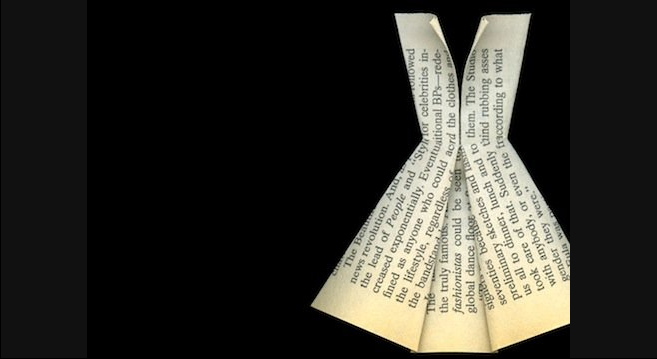 Only one edition of the Joy Davidman novel Weeping Bay has ever been printed, and that was in 1950. Sixty-three years later, my husband spent weeks tracking down a copy of the book. After sifting through secondhand bookstores that offered to sell them for around $300 each, my man finally located one in fair condition that he purchased for $70. The moment he received the book in the mail, David set about ripping pages from the binding and crumpling each one into a ball.

When I was in school, I could never bring myself to even take a highlighter to a textbook. That would be sacrilege. I preferred using bookmarks to dog-earing pages of novels so that they would remain as pristine as the day I first picked up the book and flipped through its pages to release the intoxicating fragrance of newly dried ink. So, when David texted me a photo of a box filled with around 150 crumpled pages from the rare book, my reaction was visceral.

I’d never heard of Weeping Bay…or its author, for that matter. But David knew that buried within the novel’s pages was an example of a message he was trying to convey, and he was determined to get at it. “Does it ever bother you?” I asked after he’d come home from a long day of crumpling. I hoped it would, just a little. But David shook his head nonchalantly and shrugged. In his mind, it was a noble sacrifice.

It was while hanging out at home and sipping wine one evening around three years ago that David first began waxing poetic about books. “You know, Amazon just announced that for the first time ever, they sold more e-books than hardcovers in a quarter,” he said. “It won’t be long before printed books are relics.” I nodded.

Despite my love of books and everything about them, I quickly adapted to digital reading. The only bookshelf I’ve been stocking in the past few years has been the one on my iPad. And as much as I used to love collecting New Yorker magazines, I now delight at the organized interactivity of their app and admit to appreciating less clutter on my desk.

“Every so often, a writer coins a phrase that goes on to have a profound cultural significance,” David said after breaking the news about e-books taking over. He spoke slowly, with long pauses. I watched as his brows rose and fell, as his lips pursed and turned, the telling tics of his internal editing. Whereas I prefer to spit words out stream-of-consciousness style and hope they fall into place, David likes for his thoughts to be formed when they exit his mouth. After a particularly long pause, during which I’d momentarily forgotten what we were talking about, David continued, “At the moment of inception, they may have just been one or two words among the hundreds of thousands that make a book; a few live on to become linguistic superstars.”

“I want to do a photo project that is an homage to books,” David said. “Real books — books with pulpy paper and yellowing pages. Musty-smelling books fading into history. It’s not just about the words, but the fonts, the layout, the ink, the printing: all of it. I want to showcase the very page on which certain words and phrases — things we take for granted and use every day — first winked into existence. I want people to be aware of the extraordinary contribution to our culture that authors make through their art.” 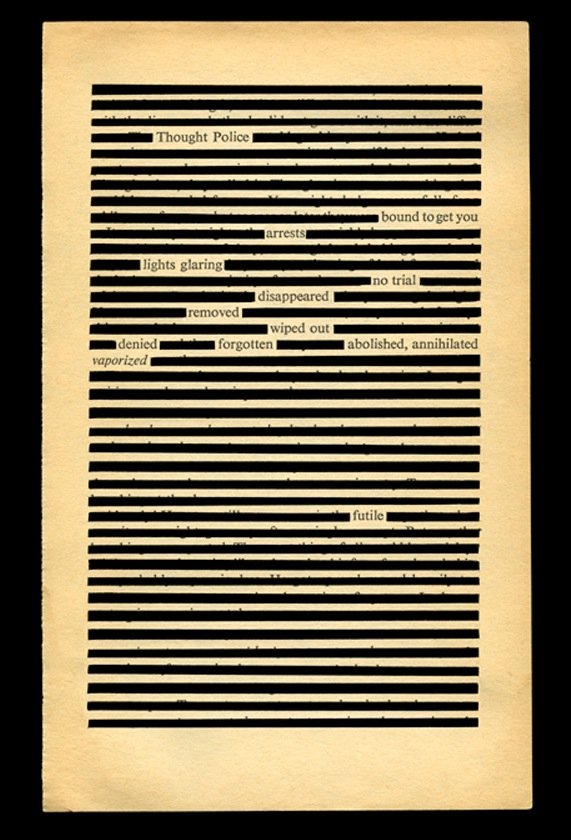 David made a list of words and phrases and began collecting early editions of the books in which they first appeared. Then he tore out the pages and manipulated them to reflect the phrase to which he was calling attention. For example, for the word fashionista (from Thing of Beauty: The Tragedy of Supermodel Gia, by Stephen Fried), David folded the page on which the word appears into a sexy origami dress. Forthought police (from Nineteen Eighty-Four, by George Orwell), he redacted 90 percent of the words on the page using an X-Acto blade, leaving only “thought police” and other relevant words and phrases, such as “bound to get you,” “arrests,” “disappeared,” “vaporized,” and “futile.”

In Weeping Bay — a forgotten novel about a Catholic union worker — Joy Davidman managed to capture an elusive existential sentiment and distill it into a three-word sentence that has been repeated by millions of people, most of whom, like me, had no clue as to the sentence’s origin: “Life’s a bitch.”

As he ran out of pages in Weeping Bay, David grew more angsty. “I’m not going to buy another one; I only have one shot at this.”

“I don’t understand — you’re crumpling the page. Just…crumple it,” I said.

“There’s more to it than that,” David said. “It has to be a perfect crumple.”

The volume of my laughter startled us both, which only made me laugh harder. “Beh-beh,” I chuckled, “can you hear yourself? ‘The perfect crumple’? That’s an oxymoron. You seem to be missing the whole point of ‘life’s a bitch.’ Let me do it. I’ll crumple it for you.” David recoiled as though I’d proffered a scorpion and asked him to pet it.

“You really don’t get this,” David said. “I have only four pages left and, so far, my success rate on creating a usable aesthetic crumple is around five percent.”

“‘Aesthetic crumple’? Now you’re just doing it on purpose,” I laughed. “You have four left, right? Let me try it on one, I’ll show you.” Reluctantly, David tore a page from the near-empty spine and handed it to me. I closed my hand around the page and opened it to reveal the scrunched paper on my palm. “See? Oh, wait,” I said when I realized the paper — old and brittle — hadn’t crumpled so much as crumbled. “Okay, you got me. I can’t believe I’m about to say this, but it’s not easy to make a perfect crumple. Good luck with that.”

Satisfied that I understood his plight, David smiled and raised his brows knowingly, collected the crumple, and added it to his box of rejects.