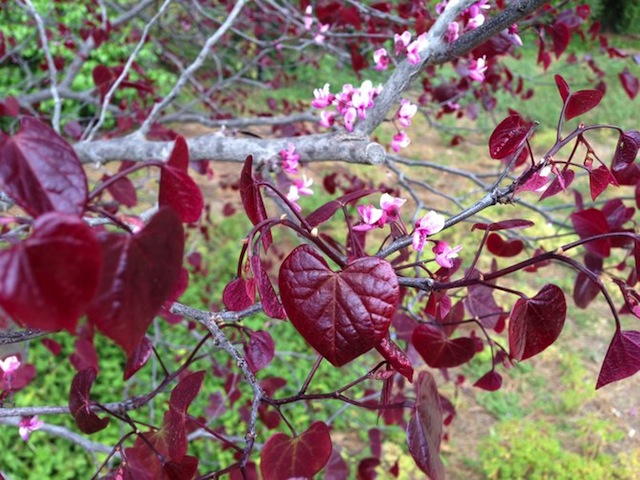 “No, no, not that kind of bee! The bug kind,” David clarified, as if that made things any clearer.

There were lots of ways to interpret such a statement. My first thought was, A queen? I can get behind that. But then I wondered if he was referring to my ability to sting. He could also have been addressing my relentless busyness. Does he take me for a bumble or a killer? While all these thoughts were buzzing through my mind, my face had formed a generic sort of, “Huh?”

“You know, because the way you respond to flowers,” David explained. “I seriously believe you see colors differently than I do. The way you notice them, like they’re popping out of the landscape, I think you’d make an excellent bee.”

I was relieved it wasn’t the stinger thing. “Maybe I have an extra cone cell,” I said. The week before, we’d listened to a RadioLab podcast about the search for humans who had an extra “cone cell,” or color receptor in their eyes, which meant they could see a broader spectrum of colors. Dogs have two cone cells, for seeing green and blue. Humans have three — green, blue, and red. A butterfly, we learned while listening, has five cone cells — green, blue, red, and two that have no names because no human has ever seen them.

I was about to ask David why he chose to compare me to a bee instead of a butterfly, but then I remembered another creature that can see even more colors than a butterfly: the mantis shrimp, a tiny, vibrant polychromatic ocean-dweller, has 16 cone cells.

“You don’t know that I don’t have an extra one,” I said defensively, as if David had been arguing against my fourth-cone-cell theory. “But I wouldn’t want to be tested. I’d rather think I see the world differently — more vibrantly and varied than other people — than have someone tell me, definitively, that I’m just an average person with average sight. Strike that. Below average. I forgot I need glasses to see clearly. But, colors…maybe you’re right, beh-beh. Maybe I am like an insect.” David smirked at my choice of words, earning himself a punch in the arm.

Even if I only have three measly cone cells, it’s possible, even probable, that I see things differently than David. According to the internet, any person’s “perception of colors is a subjective process whereby the brain responds to the stimuli that are produced when incoming light reacts with photoreceptors in the eye.” If everything we see is subjective, then of course David and I are processing the world around us in disparate ways.

Blame it on my girl hormones or that lengthy phase of hallucinogenic experimentation — whatever the reason, I geek out when I see flowers, especially the wild ones that can be found mottled across fields or canyons in great colorful clusters. And never are those clusters more glorious than during the much-too-brief weeks of spring.

Spring is the only time of the year I realize, contrary to what my New England friends say, that San Diego does in fact have seasons. For 48 weeks, the landscape hardly changes. But in spring, our otherwise barren topography explodes with so many petals advertising their availability to pollinators. I happened to be driving when I noticed the flowers had sprung this year. I was so overcome by the spectacle that I had to pull over to the side of the road and take a few minutes to breathe it in.

I was ecstatic to learn that a friend’s birthday party was to be held during the day in the Marston House gardens. The huge house (now a museum) was built in 1905 and is surrounded by greenery and trees that are rare in San Diego outside of Balboa Park, where the Marston House is located.

There were so many different types of flowers, I didn’t recognize more than half of them. I was taken aback by how little I know about something I so enjoy. Even after the party had wrapped up and everyone went their separate ways, David and I lingered to explore and photograph as many flowers as we could. “Look over here,” I said. “What’s that?” I expect David, who has a green thumb, to identify plants for me. I have a black thumb, or whatever color is associated with planticide. (Just because you like to look at them doesn’t mean you’re good at caring for them.)

But David didn’t recognize this tree, with its small burgundy leaves, each shaped like a heart, and the tiny pink blossoms dotting the dark branches they shared. I turned my head and saw a profusion of daisies; I left David’s side to get a closer look. Beside the daisies were other assemblies of pinks, purples, reds, oranges, yellows, and shades in between.

“Isn’t it great? Flowers blooming, cute baby animals everywhere, everything is so alive,” I said. “I don’t ever want it to end.” That’s the trouble with magic, I thought. It doesn’t last. Spring is the most vibrant of seasons, which is probably why it feels like the shortest. It’s all over too quickly. “I’d suggest we lay down in the grass, but I wouldn’t want any bugs crawling on me. I mean, it’s gorgeous and all, but a girl has limits.” David looked at me sideways.

“It’s a bummer you can’t see all this like I do,” I said half-jokingly. “I bet you thought those bunnies were brown.” I sighed with exaggerated pity.

“Well, clearly seeing the world the way you do comes with a price,” David said.

“What’s that supposed to mean?”

“You know, the human mind wasn’t made to handle extra cone cells. It’s amazing you can cope as well as you have, but clearly, seeing all those colors makes people insane.” This time, David was quick to dodge the arm punch he deserved.