It’s not about the rug 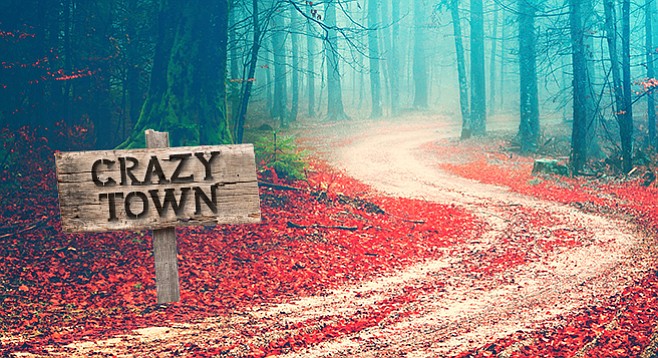 It wasn’t what he said…I hardly remember what it was he said — it was the way he said it. There was a crease over his brow, and then he let out a sigh that was so heavy I had the urge to step aside for fear it might bowl me over. We were talking about the bathroom rug. At least all the words we were using pertained to the bathroom rug. The conversation we were really having under all those words was about how I’d managed to seize his smile that morning and, over the course of the day, whittle it down to the scowl it was now. I did that. Me. It’s my fault.

He left the room for a moment, and I palmed my forehead, hard. Stupid, I thought, echoing the word that had been whispering in my mind since we drove off that morning to embark on all those errands; the whispering that had, at times, surged into screaming so loud it took every ounce of energy I had to hold my false smile in place as I half-heartedly considered mundane objects such as shower curtains and medicine cabinets. The whispering that gradually escalated into a cacophony so deafening that nothing David did or said — no sweet words or soothing touches — could stifle the noise. He couldn’t even hear it, but I could tell it was wearing him down.

I would have given up much sooner. But David, he lasted for hours. He lasted through Bed Bath & Beyond and BevMo; he waited patiently for me to collect myself after crying in the car in the Home Depot parking lot; he lasted through Trader Joe’s, Ralphs, and even Whole Foods. We had other important things to do, work things, but these errands needed doing as well, and we’d agreed this was the day we would knock them out. We’d agreed. So it wasn’t fair of me to try and hurry us along, to complain about the time, and all the other ways I could be spending it.

Things had been going okay for the most part. Still, all it took was one kernel of doubt, one negative thought that was fueled by my devastating uncertainty of the future and fortified by my distrust in the part of me that is naïve enough to be optimistic. I’d been juggling a lot of projects — some work here, some work there, all of it fleeting, everything temporary, and so all over the proverbial map that I was starting to lose my ability to focus on any one thing. I felt lost. Directionless. Out of control. Anxious.

David had started the day with a smile. And I, with all my inner bullshit and inability to be chill, had swiped that smile away. “This will work, it’s fine,” I said now of the rug that was a little too small and a little too green. David walked by me, into the bathroom, and closed the door. He hates me. I don’t blame him.

When he emerged, I was brushing my teeth and weeping. “Great, now you’re crying,” David said sharply. And that was when it happened. The lava-like angst that had been roiling within me all day erupted. I didn’t want David to see, so I marched out of the bedroom and slammed the door behind me, but he was on my trail. Even now. Even now he’s trying, I managed to think, but this awareness only made things worse. Failure, you’re a FuckingLoserFailureFuckup StupidStupidStupid! I slapped myself in the head, over and over. I experienced a split second of relief upon noting I’d already removed my glasses for the evening — this made it easier for each blow to connect. Unimpeded, I slapped my cheeks and forehead, gasped for breath between sobs, angry at myself for my inability to force this monster back into its cage. Calm down, he’s coming, this is ridiculous, I thought. But it was too late. The tears were streaming, my arms were flailing, my chest was heaving: this wasn’t my body anymore.

“Stop it, just STOP IT.” David grabbed me from behind and tried to pull me down into a chair, but I went all the way to the floor. He sat behind me, wrapped his arms around me, held my hands tight, and repeated his demand a few more times. “Just stop it.” The stern tone of his voice was somehow both terrible and comforting. In my mind’s eye, I was a child being scolded; I wanted to balk, but I knew somewhere deep down that I deserved this. I’d lost control, but someone else had found it.

“I can’t…I can’t…” I struggled to free my hands, to just get one more slap in, as if the shock of tingling skin would lift me up from the puddle of fail I’d become. He shouldn’t have to see me like this. I was bad, and everything I did was wrong. I knew it, I thought.Everything I do is wrong. I can’t even get through the damn day without pissing off the one person who matters most in this world.

I leaned my head to the side so I could feel the back of David’s hand on my cheek, and I allowed my arms to go limp. When David sensed the struggle was over, he gathered all of my hair — the way I do before fixing it into a ponytail — and gently pulled it back. My sobs had become weak little moans, morphed into a chant: “I’m sorry, I’m sorry, I’m sorry.”

“Shhhhh,” David said. He continued to brush my hair with his fingers and pull it back, over and over, the repetitive motion soothing us both into silence. After a few minutes of this, I grasped one of his hands and brought it to my face.