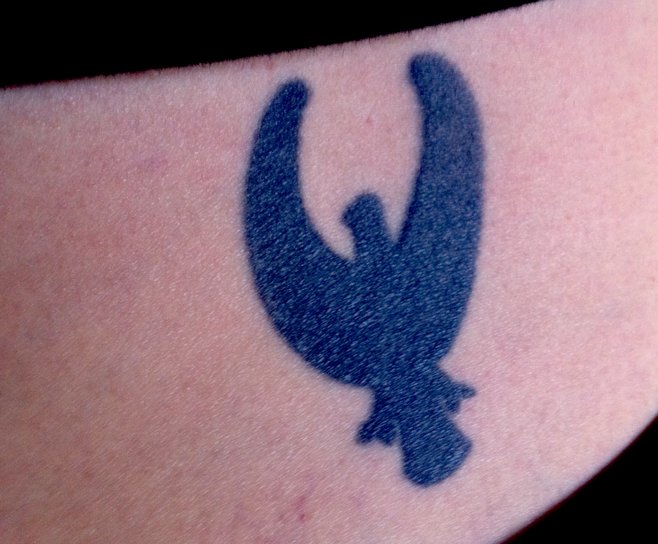 “Eighteen. That’s a big one,” I said. “We should get her lottery tickets.”

“I don’t know what your thing is with lottery tickets, that’s the third time you’ve mentioned them,” David said. “Dana suggested something zebra-themed. They’re redoing her bedroom in zebra.”

“Rearranging the deck chairs on the Titanic, are they?” David raised his brows and lifted a corner of his mouth in agreement. “I checked her Facebook page, no joy – just music she’s into, hobbies and interests that could be as temporary as her status updates. What about something hipstery?”

“Best to go with something we know she likes, then, the zebra theme – something portable, that she can take with her – and an iTunes gift card so she can pick out her own music. But only because you won’t let me get her what I really want to get her.”

David’s eyes burned an icy-hot blue. “I am not going to say it again.”

“I don’t know why you’re so uptight about it.”

“She’s my brother’s daughter – it’s not appropriate,” he said.

We’d spent most of the morning brainstorming gift ideas for Becca (I was still trying to get used to addressing her by her now preferred “Bex”). I watched fallen leaves dance and twirl in the wind outside our friends’ New England home. Mr. Goodpuss, in good cat fashion, was sprawled at my feet, luxuriating in the warmth of the fireplace. I took a deep breath and let it out slowly. “Okay, beh beh, you win. I know you’re family’s more… proper than mine. I’ll defer, and I promise I’ll behave. Even though I think she’s missing out on the whole ‘turning eighteen’ thing.”

David went to the other room to join Paul and Sarah, with whom we were staying in Boston for a while before heading off to Martha’s Vineyard for my in-laws’ Thanksgiving/multiple birthday celebration. I turned my gaze to the dancing flames and thought back to when I became an official adult – old enough to vote and die for my country, but not yet old enough to order a glass of wine with dinner. It seemed like I’d waited forever to assume authority over myself. Thus, once my day came one September, I wasted no time – within three months I got a better job, moved out, took up smoking, and acquired both a tramp stamp and a tongue piercing, all to demonstrate and punctuate the transfer of my body’s ownership.

Mr. Goodpuss slinked a few inches away from the fireplace. I tried to get his attention by tapping my fingernail on the glass table beside me, but the cat remained conspicuously incurious. I thought of that first tattoo I’d gotten, somehow both an assertion of adulthood and youth.

Fresh out of high school with no real-world experience, I still managed to balance prudence with my rebellion. Both tattoo and piercing were located in less visible areas, and I’d done my research – the tongue is the quickest healing type of piercing, and least likely to get infected.

For the tattoo, I made sure to choose a design that had some kind of meaning deeper than “I think that flower/butterfly/star is pretty.” I chose a simple, solid black (though it came out looking more blue) silhouette of a phoenix, and I made a promise to future self: No matter how old you get, no matter how much your tastes may change, my gift to you is a reminder that once, you were me and this phoenix represents the death of one phase and the birth of another, which will always be relevant, no matter how many times I am “reborn.”

“I don’t think Dana has much to worry about,” I said, when David returned to the room. “It’s not like she lives right next to TJ.” I smiled and shook my head. “I can’t tell you how many times my mom came to rescue me from the Roberto’s down the street at four in the morning.” In San Diego, crossing the border to go clubbing is an essential rite when one turns 18. In the middle-of-nowhere, Massachusetts, Bex isn’t likely to get into any drunken shenanigans until she arrives on her college campus next year, where her parents are not likely to catch her suffering from an under-aged hangover.

I pointed my toes at Mr. Goodpuss in a futile attempt to draw him and his warm fluffy fur closer to my feet. I looked up at David. “You know, it’s a good thing I don’t live near these girls.” David raised a quizzical brow. “I just realized: I’m a terrible influence.“

David nodded, as if the thought had already occurred to him. “Bella’s not even eight and you got her lottery tickets.” Bella is my sister Jane’s daughter. All of my sisters, and their children, my nieces and nephews, live in the greater San Diego area, all the better for me to debauch them.

“I let her scratch ‘em,” I said. “But you’re right, I would have let her keep the winnings, had there been any. I’m the one who made the purchase, though – what’s the law say, anyway? You know what, forget about it, doesn’t matter. It’s not like I’m buying her a pack of cigs, or that I ever will. But when she turns 18, I’ll be happy to drive her to TJ.”