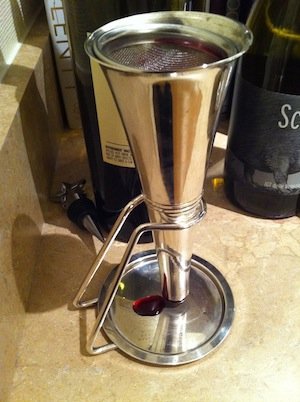 When my friend Kerry finally decided to move down to San Diego from Santa Barbara, I thought we’d have nothing but time together. She and Mia were among the lucky few to keep up a long-distance relationship for over seven years; over that time, the four of us friends (Kerry, Mia, David and me) had struggled to find time to get together, be it wine tasting in Santa Barbara, retreats in Los Angeles, or date nights in San Diego. They found a place in La Jolla, with a gorgeous view of the coastline.

What I didn’t realize until they were settled and unpacked, is that geography was not our only obstacle. Kerry, a screenwriter, can never predict her schedule. And just when it seems my calendar opens up a bit, I go and take on volunteer projects or media gigs, anything to keep me in the state of extreme agitation and stress to which my body is apparently addicted. So though Kerry’s been down here in my town for almost three months now, last night was only the second time I’d seen her since she moved.

Mia and David are just as busy, not only on their own things (both of them are photographic artists, but Mia also has a day job), but also with their partner’s — they each play the same role in their relationships, that of gardener to a couple of neurotic flowers. Because there was no time for any of us to cook (not as if I would even if I had time, I leave such tasks to the skilled), Mia ordered Thai food.

We started with rose champagne and worked our way through (I’m embarrassed to say how many bottles) of fine reds, comparing our overbooked calendars the way chefs compare scars. Kerry revealed a new secret movie project she’s in the running to write. I shared tidbits about how it was to emcee TEDx America’s Finest City, and some of the new face-lift administration going down at the Reader. David sought Mia’s counsel on one of the photographs he’s working on for his summer summer show at the Granary Gallery on Martha’s Vineyard.

“The show is on July 17, but we haven’t even had time to figure out when we’re going,” I said. Each year we use David’s summer exhibition as an excuse to spend some time with his parents, who live on the island. “With all the work we’re doing, horrible as it sounds, I can’t imagine leaving. Plus, we don’t even know when we have to move!” I took another gulp of wine — we were past the point of sipping and swirling. “Everything’s happening at once.”

At the end of the evening, much later than any of us are usually able to stay awake on a weeknight, we exchanged hugs in the entryway as we bid our friends goodnight. We all knew better than to ask when we’d see each other next.