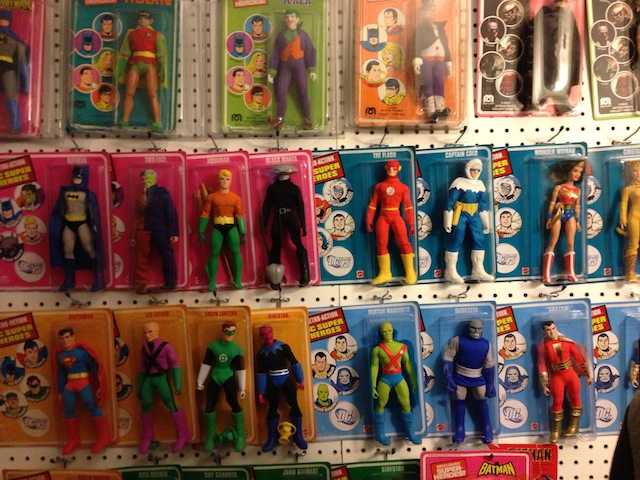 Where it all began

My friends Trisha and Shawn moved to San Diego (from Boston) about a year ago. But because they moved to North County, and I live close to downtown (it’s about a 40-minute drive, 20 when I’m driving), we hardly ever see each other. They’ve come down to visit a few times, and we’ve gone out to restaurants together, but last weekend I visited their home for the first time. I knew Shawn (known to his fans as Reevz FX) was an avid Batman collector, as well as a sculptor and costume and prop designer, but it wasn’t until I stood in his collection room and studio that I realized the full scope of his obsession/profession.

And now, for your enjoyment, a photo tour of some of the things I saw on the Batman Tour at Shawn and Trisha’s. First, there was the collection room. Shawn’s been collecting nearly everything with bat signal since he was four years old. As an adult, he has narrowed his sights on specific items, and isn’t interested in just any ol’ bat signal any more. That’s sophistication for you. 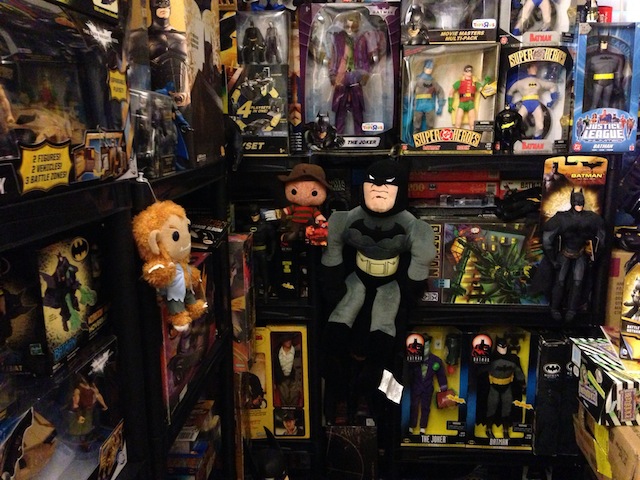 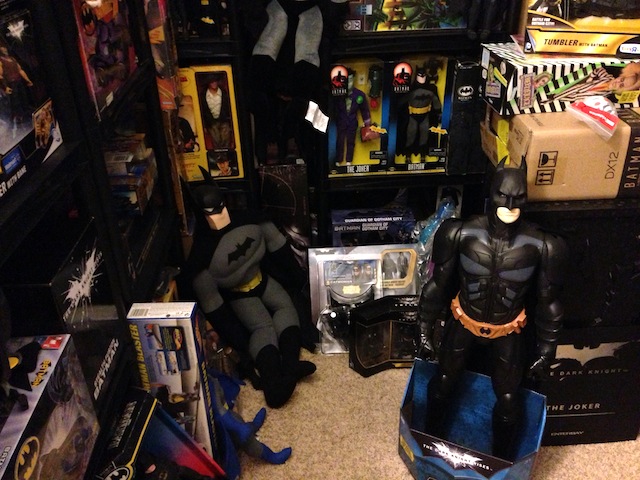 This is one of the original cowls that Michael Keaton wore, damaged during production of the movie. 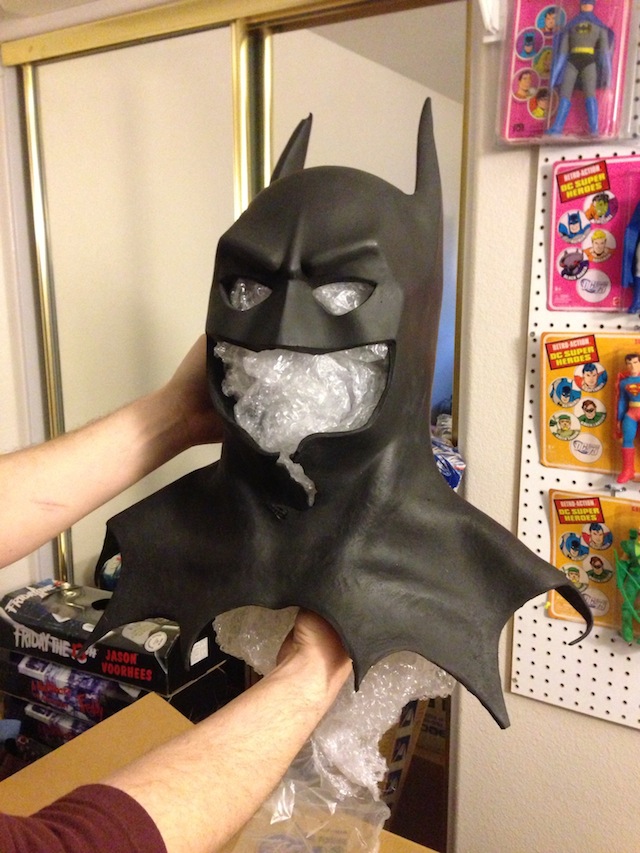 After the collection room, I got a peek into the studio, which also serves as a sort of extended collection room. For example, that’s where Shawn keeps this unused, but original Danny DeVito Penguin nose. 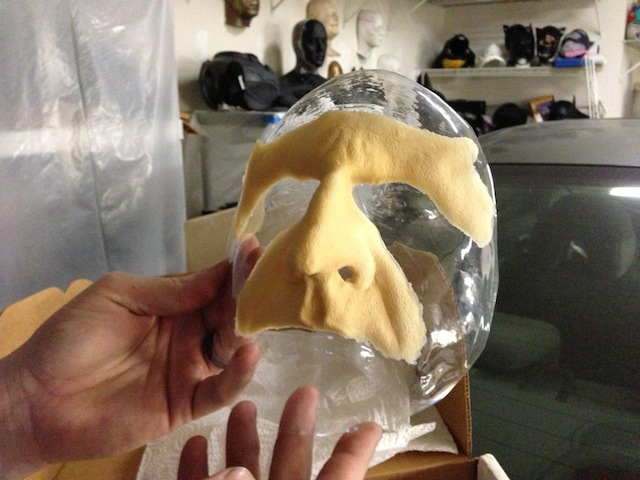 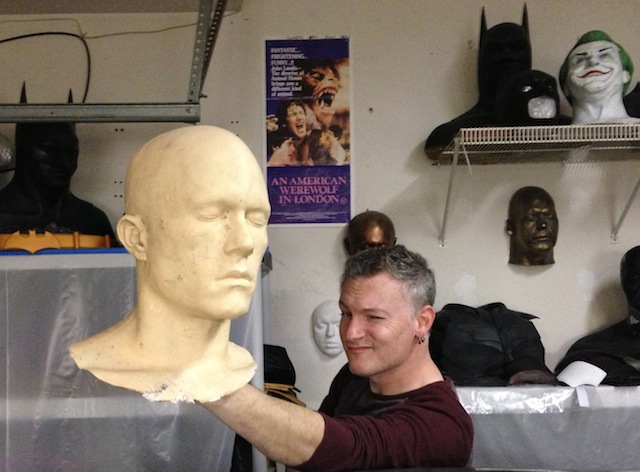 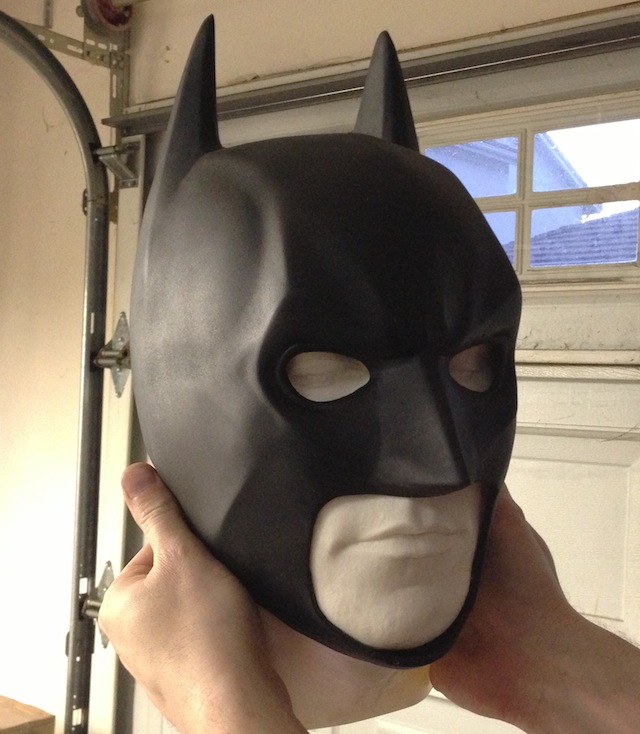 Shawn’s collection goes beyond Batman. For example, he has this cast of the mask from Francis Ford Copolla’s Bram Stoker’s Dracula. 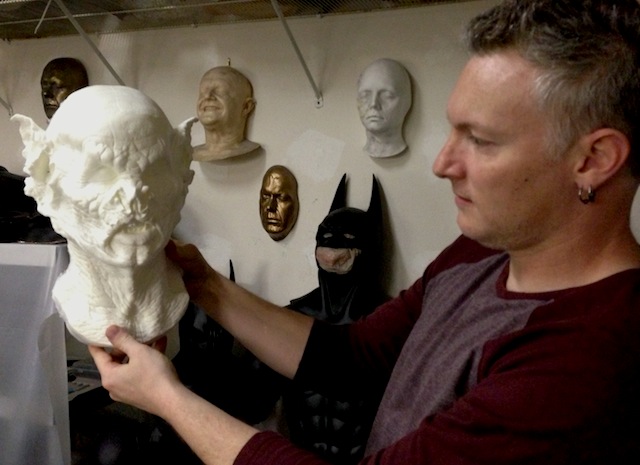 This one’s another Michael Keaton deal, I’m pretty sure. But don’t hold me to it. 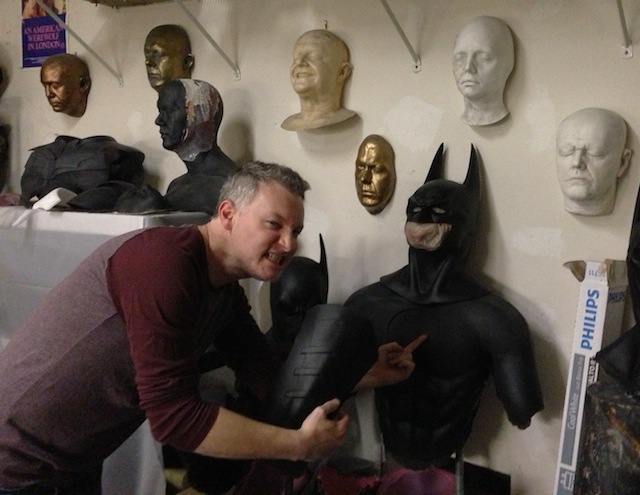 Shawn and his collectibles

Ah, but now to the work. Here are some pieces Shawn is currently sculpting. 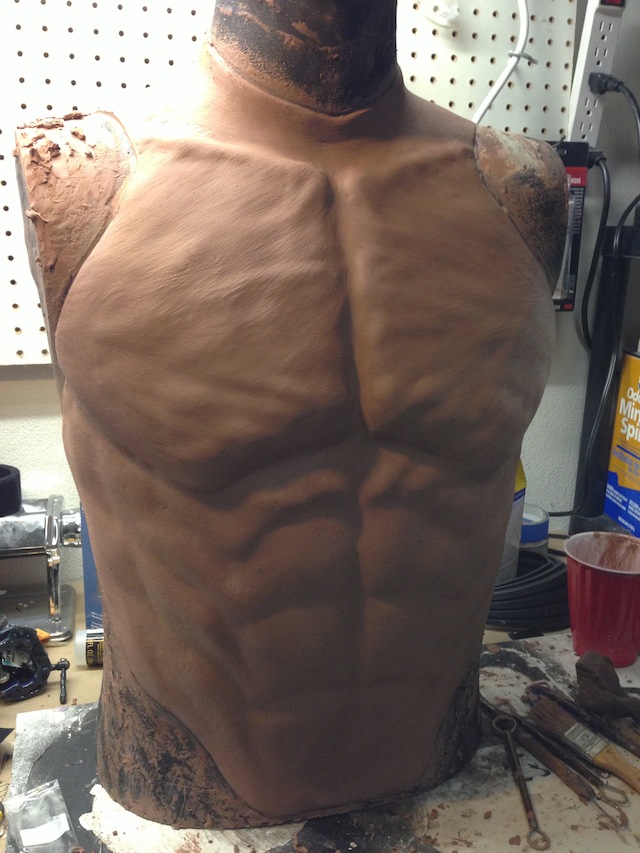 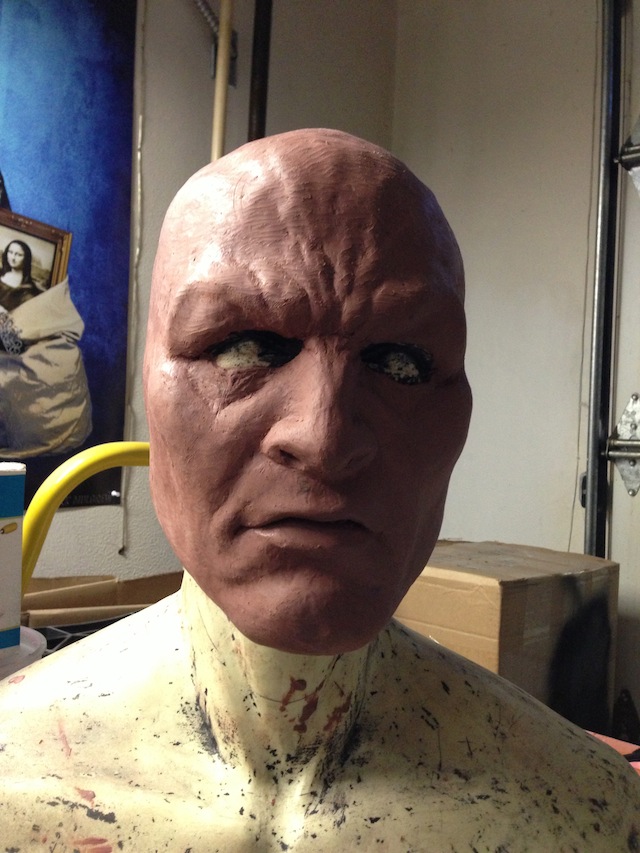 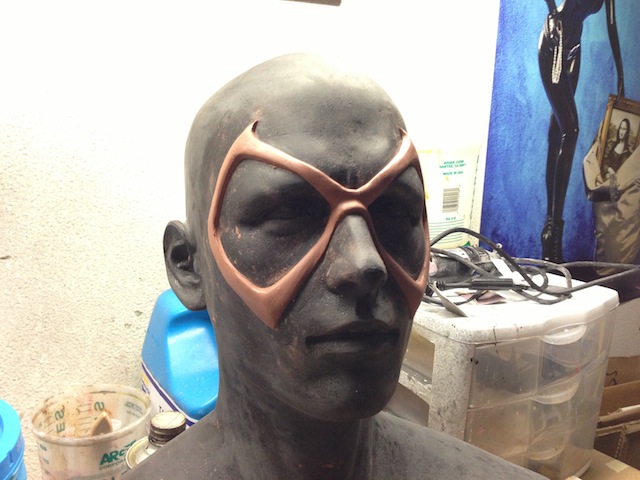 After the tour, there was dinner to be had. Trisha prepared an amazing prime rib, and then gave her sculptor husband the tools to carve it. 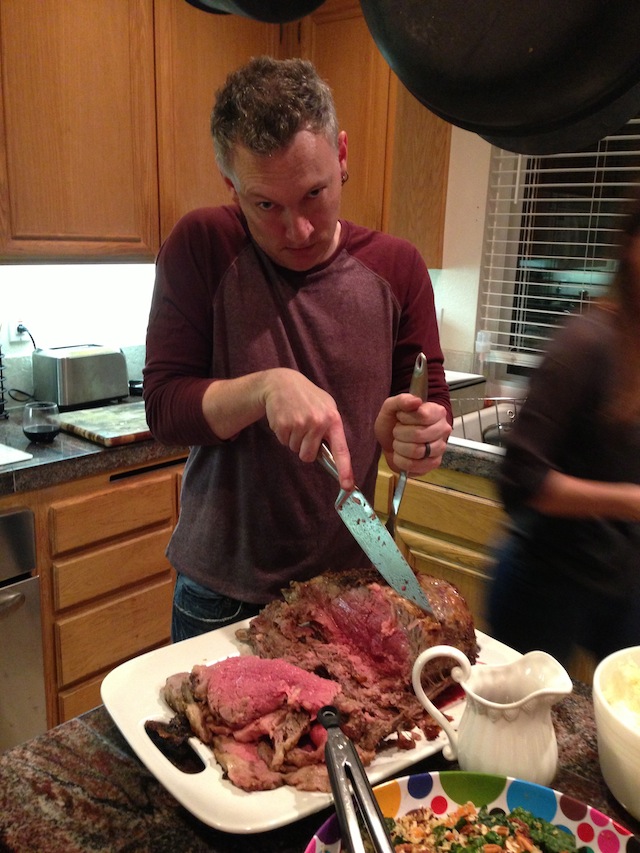 Sitting, talking, eating, laughing, I looked down to find Oscar, one of two house mascots, hoping for scraps of that nice-smelling meat. 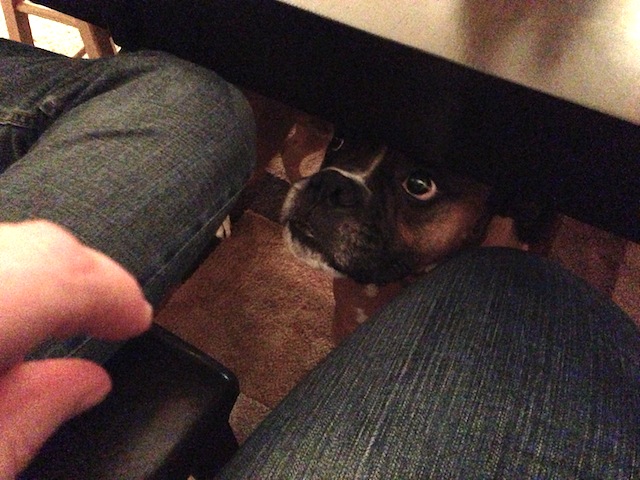