The focus on flavor at Red Door in Mission Hills 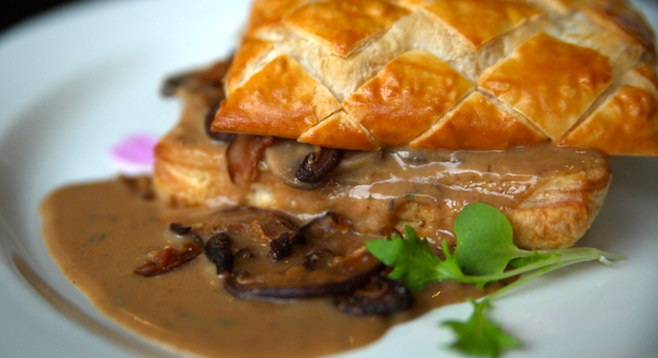 It was back in October that I learned the Red Door Restaurant & Wine Bar had acquired a new executive chef: Karrie Hills, a graduate of the California Culinary Academy. Chef Hills spent most of her cooking time in the wine country of Paso Robles before heading to San Diego. She’s worked with some of the best in her field, including Tyler Florence, Bobby Flay and Gordon Ramsay’s sous chef Scott Lambert. 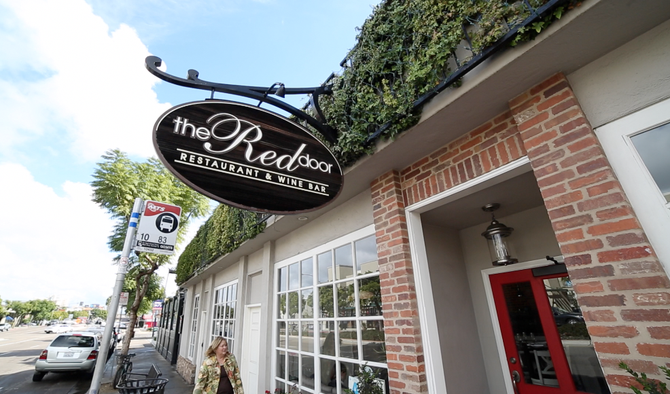 The Red Door Restaurant and Bar

I had been to the Red Door before, for dinner with a colleague not very long after it first opened almost three years ago. But for whatever reason, I hadn’t connected with the place, and though I drove by it almost every day, I was not compelled to bring David. At least not until I heard that there was a new chef in town. 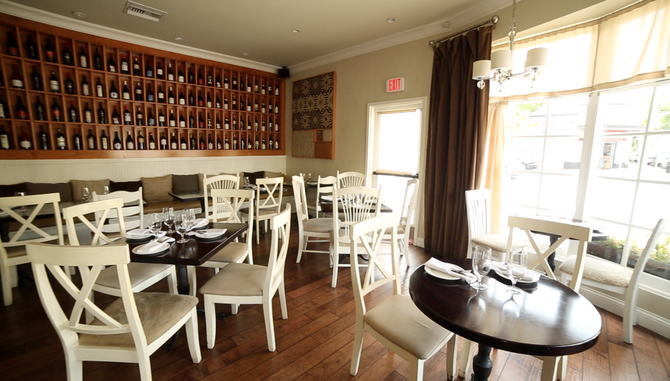 Beyond the red door to the dining room

I checked out the web site, which is nearly impossible to read because of someone’s poor choice to use a textured background. After squinting and bitching and moaning to David about the bad design choice, I was finally able to parse it, and I liked what I read. The owners (Tom and Trish Watlington) have a farm near their home in Mount Helix, and just about every herb, fruit and veg that hits the kitchen at Red Door comes from that garden. Meat is all sourced locally, as is the fish (mostly from Catalina Offshore). On the site, they share their mission that “if they couldn’t grow it themselves or buy it locally, humanely treated and sustainably harvested, it wasn’t hitting the table.” 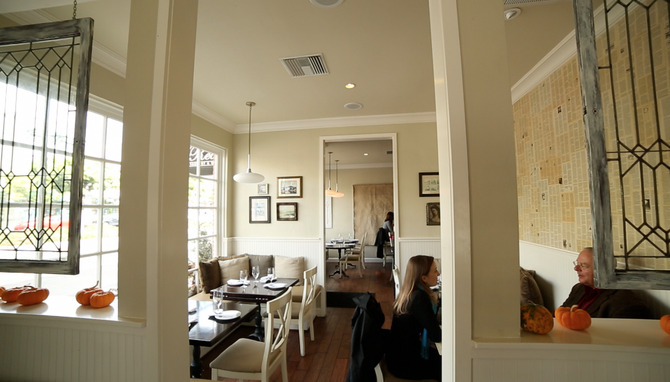 To begin, David and I shared a mushroom and fontina cheese tart, served in puff pastry with a veal demi-glace. Each bite was as luscious as it was savory. 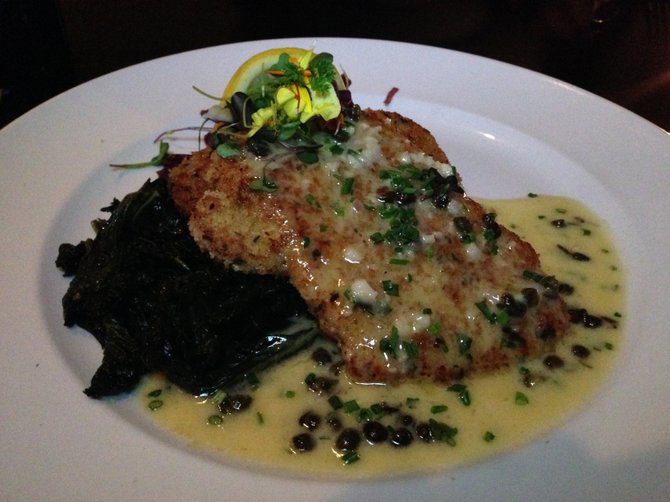 I was torn between the vegetarian lasagna (with house smoked grape-vine fontina cheese, butternut squash puree, hand-crafted kale pasta, herbed ricotta, toasted pecans and fried leeks) and the pork schnitzel. I asked our server for his recommendation, and he was very quick to say “schnitzel.” I figured he must be a meat eater. The schnitzel was served in the classic preparation in a lemon-caper brown butter sauce with mashed potatoes, and sautéed garden chard with garlic and shallots, all topped with flowers from the garden. I prefer a crispier schnitzel, but the flavors were spot on, and it’s impossible for anything to remain crispy when it’s slathered in sauce. 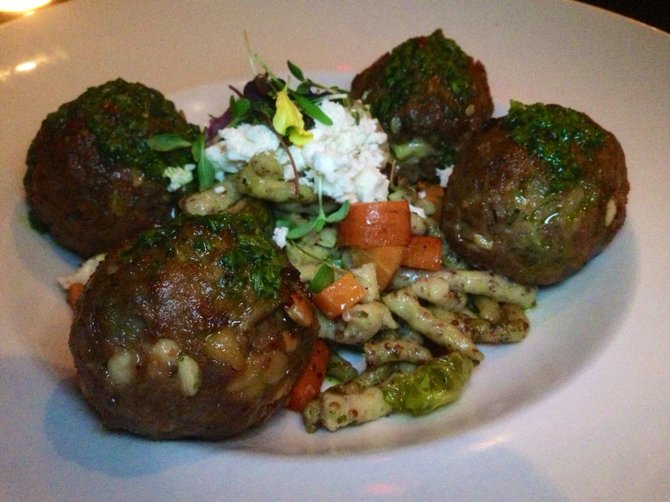 David ordered the lamb meatballs, which consisted of house-ground Colorado lamb, roasted garlic, feta, pistachios, whole grain mustardspaetzle, cranberries, garden veggies, and a chimichurri sauce. He had the choice of ordering three or four, and went for four. When the plate arrived, it was clear that three would have been enough. In fact, we took two of them home (and David enjoyed them for lunch the next day). The dish itself was very flavorful – the feta was prominent, complemented by the sweet tartness of the cranberries. The lamb was well-seasoned and the spaetzle had a good chew to it. We’d never had mustard spaetzle before — the pan-seared pasta was as interesting as it was delicious. 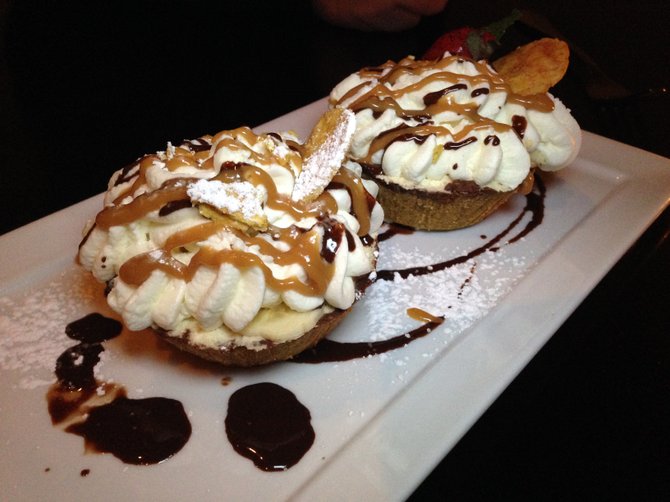 Again, we asked our server for a recommendation for what to share for dessert. He said the mini banana cream pie was the way to go, and we’re happy we took his advice. With half our entrées boxed to bring home, we’d only saved a little room, and the dish was light and tasty. The crust was graham cracker and walnut, and the creamy, banana-flavored custard contained fresh slices of banana. Crispy salted plantains and a drizzle of chocolate and caramel sauces tied it all together.