White Fish Vera Cruz with rice and broccoli is one of our favorite, go-to dinners at home. David and I have this exact meal at least two nights a week, and we have yet to tire of it. I don’t cook, so David prepares it, but I’m usually around, so I think I get the basic gist of how it comes together. I even help in a few areas.

SO! Here’s my “onlooker’s” recipe for this fantastic staple dinner: 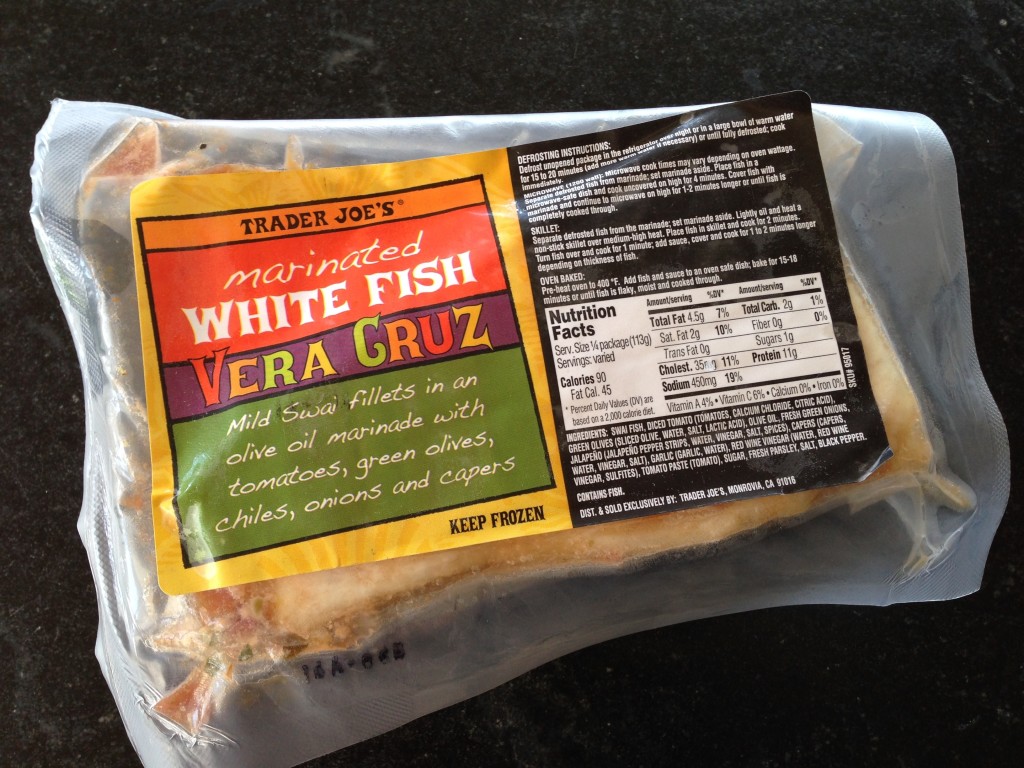 2. Also buy a bag of microwavable broccoli cuts. I like Steamfresh best. 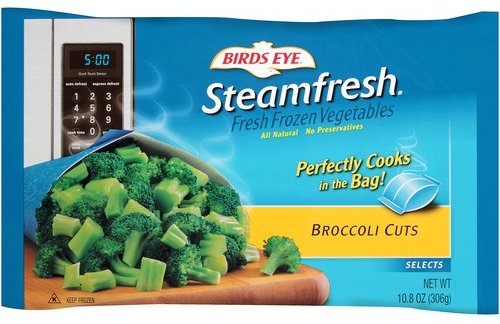 4. While oven is preheating, take fish from freezer and, still in the wrapper, submerge the whole shebang in a big bowl of hot water, this is to thaw it.

5. Also while oven is preheating, it’s time to get the rice going. David seasons the rice with Vegeta (which he insists on pronouncing VE-GEH-TA, even though I’m pretty sure it’s pronounced VE-JEH-TA). And he uses this ancient rice cooker that I’m amazed still works. 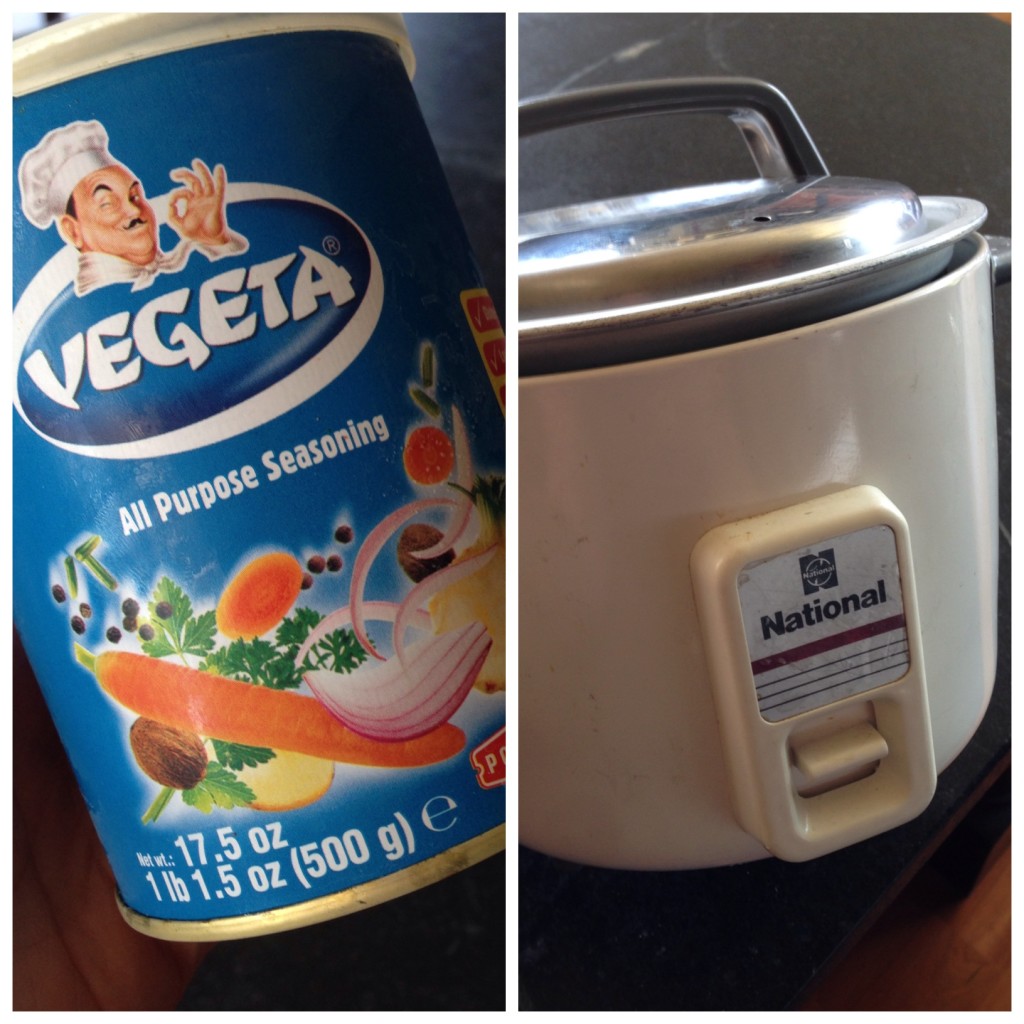 6. Open a bottle of wine, because dinner isn’t going to be ready for around half an hour, and that’s like FOREVER.

7. When the rice cooker pops, that means the fish is probably thawed. Lay it out in a baking dish. David uses this glass one, but he calls it Pyrex instead of glass, and rolls his eyes whenever he asks me to hand him the Pyrex and I’m like, huh? Oh, you mean GLASS BAKING PAN. 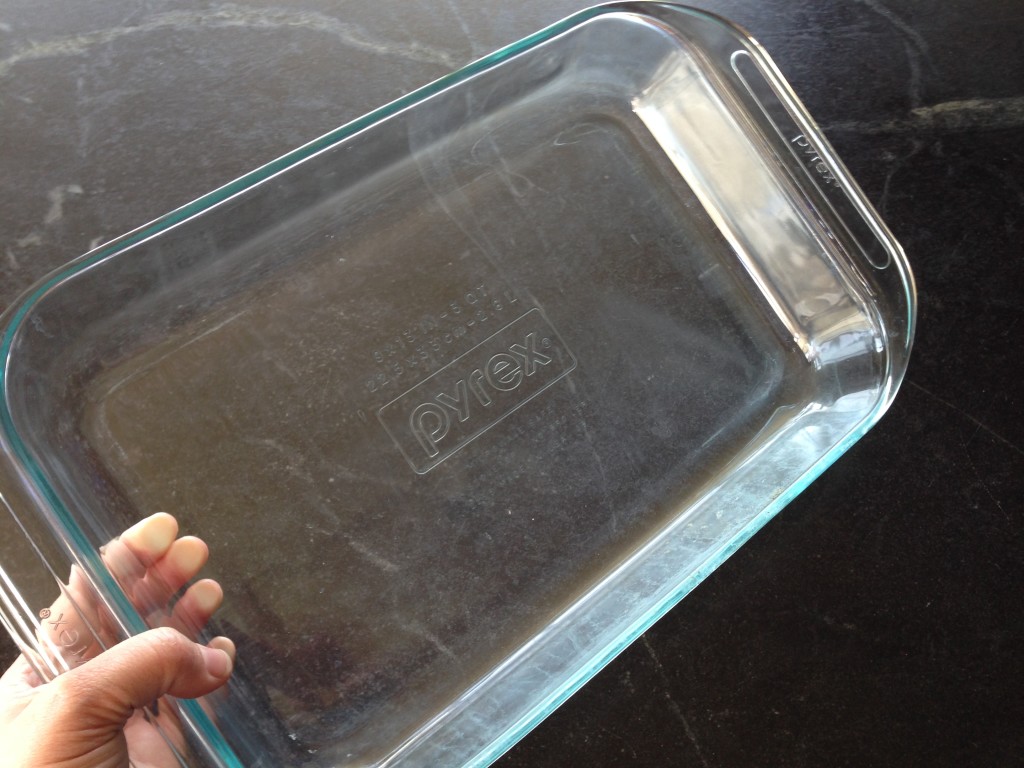 8. The pan goes in the oven for 20 minutes. During this time, we usually sip wine and play Scrabble.

9. With 5 minutes to go on the oven, I pop the bag of broccoli in the microwave.

10. We should probably open another bottle, that first one’s gone. And David plates the food! Rice first, then broccoli (I take the florets, David gets the stalks, as those are our respective favorites), then fish, which David carefully tops with all the flavorful goodness from the baking dish: olives, capers, tomato, serrano, it has a lovely little kick to it. We sprinkle grated parmesan on our broccoli, and voilà! Dinner! 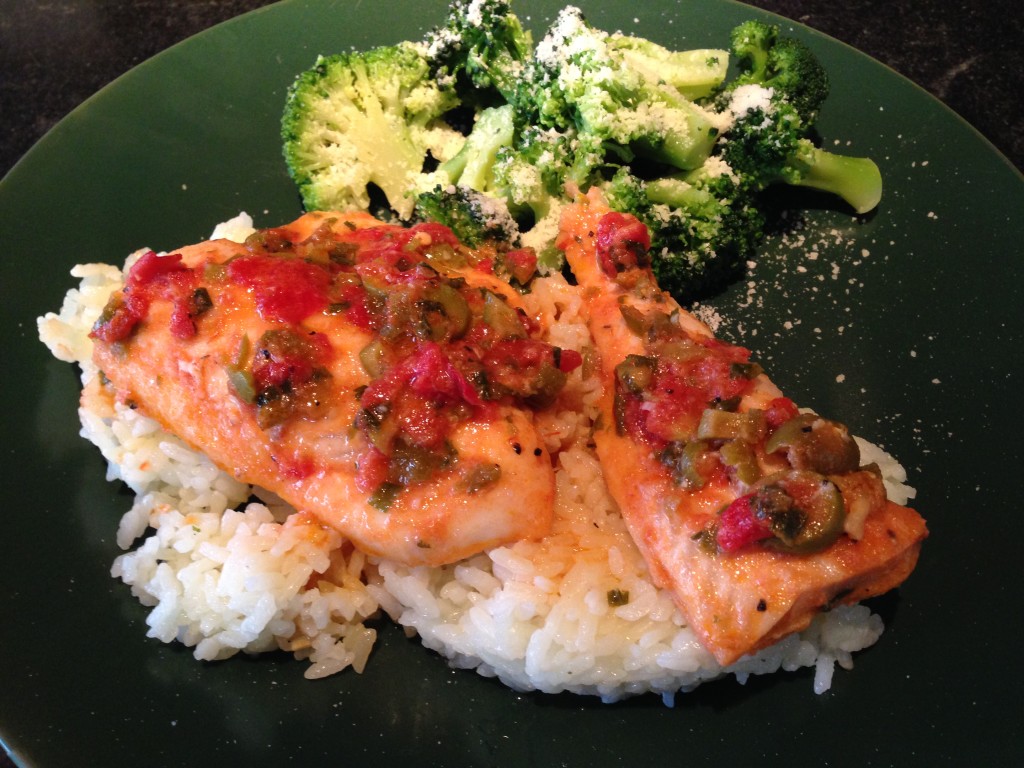 The fish and broccoli packets perfectly serve two. As you can see, most of the work is done by Trader Joe’s (and then David). That, and extreme repetition is probably why I remember all the steps. This is one of many Dinners By David, and the only one for which he uses prepared seasonings. Mangia!