I thought Tofu House was the only Korean boiling chili tofu pot joint in town, but this week, David proved me wrong by bringing me to Grandma’s Tofu & BBQ. David had dined there a week before with our fellow Asian-food-loving friend Jordan. And though David came home with stories of endless banchan (small dishes of tasty side treats), I had to see it for myself to get the full scope of more banchan bang for the buck.

Instead of the four small dishes you get at Tofu House (chili cucumber, kimchi, pickled dikon radish, and marinated tofu), at Grandma’s (located a hop, skip and a jump from my go-to boiling tofu joint) our server set nine little dishes on the table between us. Little bites to either whet the appetite or mix in with our rice or, in the case of the marinated tofu, the spicy stew. 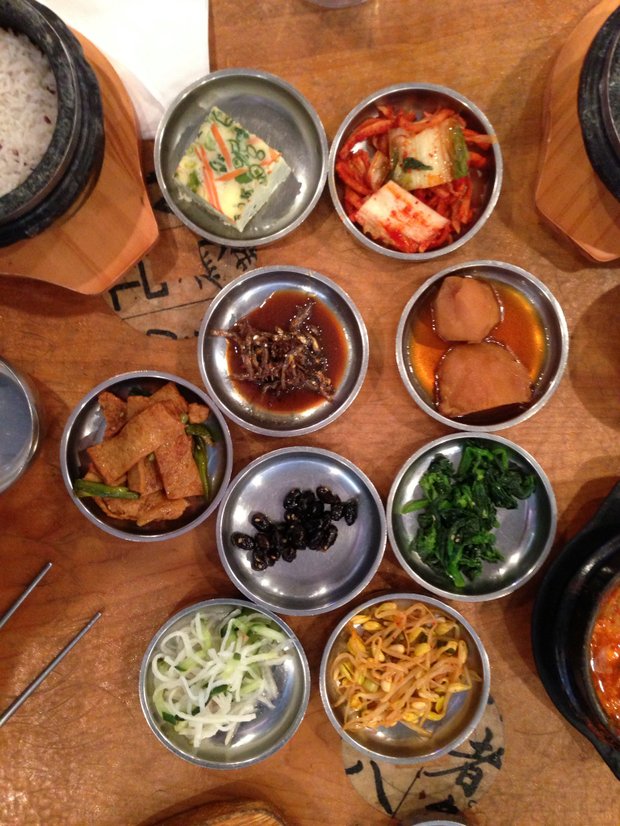 There were things I recognized, and plenty that I didn’t. I enjoyed the frittata-like onion/carrot/egg thing, but there was no way I was going near the mini fishies. 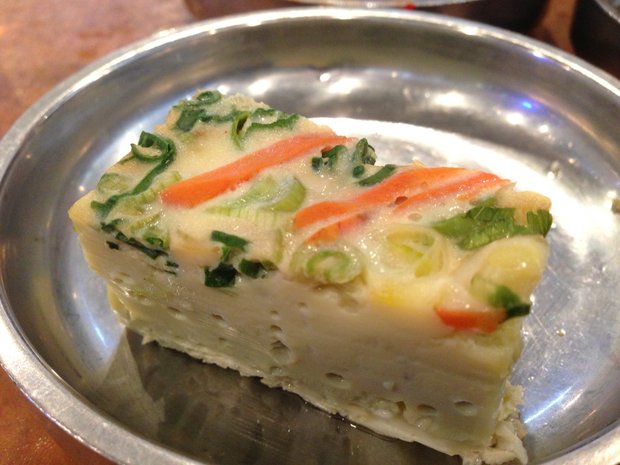 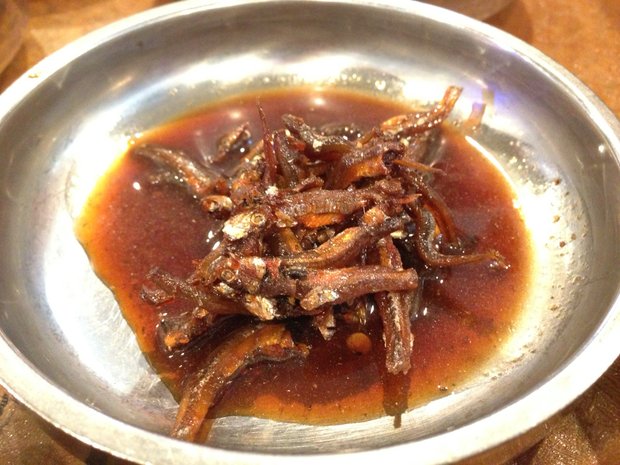 Grandma’s features my love’s favorite style of rice preparation — dolsotbab, or stone pot rice. He loves it because by the time he reaches the bottom, the rice that had been in direct contact with the fire-hot stone has become crispy. He peels it off the bottom and eats it with his hand, like a rice cake. According to an informative flier on our table, the rice does not begin cooking until you order it. And that crunchy bit David loves so much is called nurungji, which is said to be a “second meal” or even “dessert.” 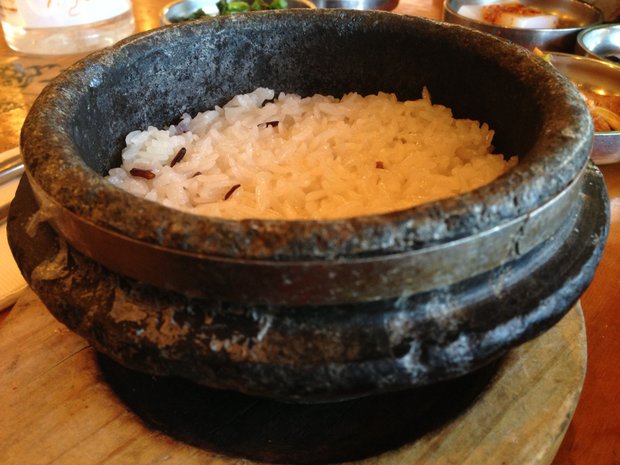 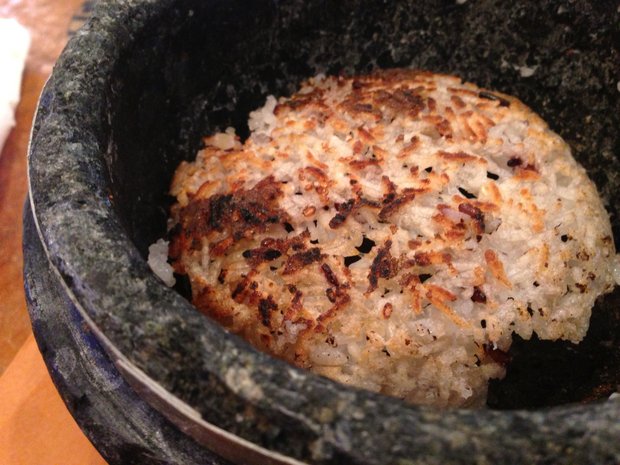 I ordered the dumpling stew, in the spiciest option available, because I was feeling bold that afternoon. The spicy broth was lighter and more tangy than the rich version at Tofu House. I attributed this to the absence of meat bits in the stew. I added a pinch of salt, and it took a few bites for me to get used to the almost citrus-like flavor of the intense chili, but by the end of the meal, I was scraping up the last spoonfuls of the chili broth from the bottom of the pot. 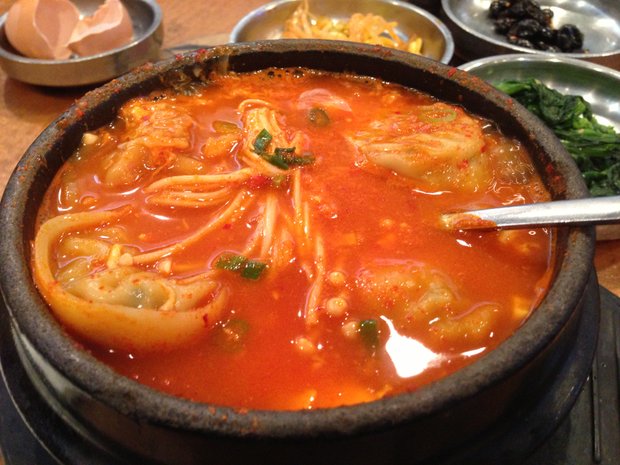 David ordered an item off of the lunch menu. He got the bulgogi chicken, which is marinated in a flavorful and lightly sweet sauce and fired on a brazier. 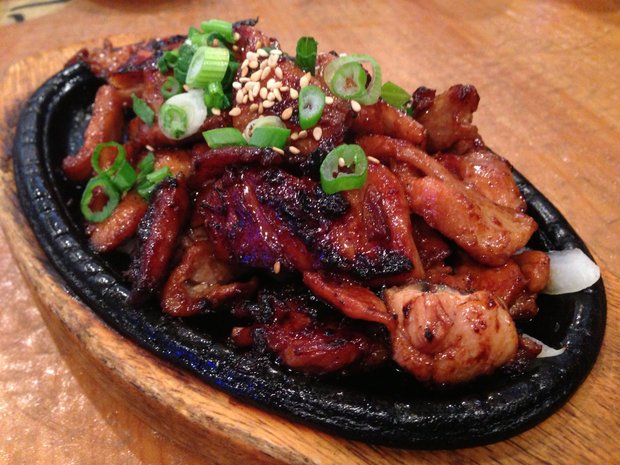 “Can you believe all this for only $8.99?” David asked, after he’d finished his chicken and was crunching on his crispy “dessert.” He was talking about his lunch special. After my stew and both of our drinks, the total was just over $20.

“It’s a great deal,” I agreed. “But more importantly than that, it’s damn tasty. Next time I’m craving spicy boiling tofu, I’m going to be torn.”