The original color shot of us in the Cetto wine cellar.

So, a few weeks ago David and I went down to Baja for a few days, mostly to scout for arts stories to feature on Art Pulse TV, though I ended up writing a couple of FEAST entries because, well, food. I have one more to do, expect it soon. I post those on the Reader site first, and then they show up here.

But back to what I was talking about. During our visit, we met with several leaders of arts organizations in the L.A. Cetto wine cellar in Tijuana. It was an inspiring afternoon, and David and I were excited to learn about all of the many arts-related ventures south of the border. 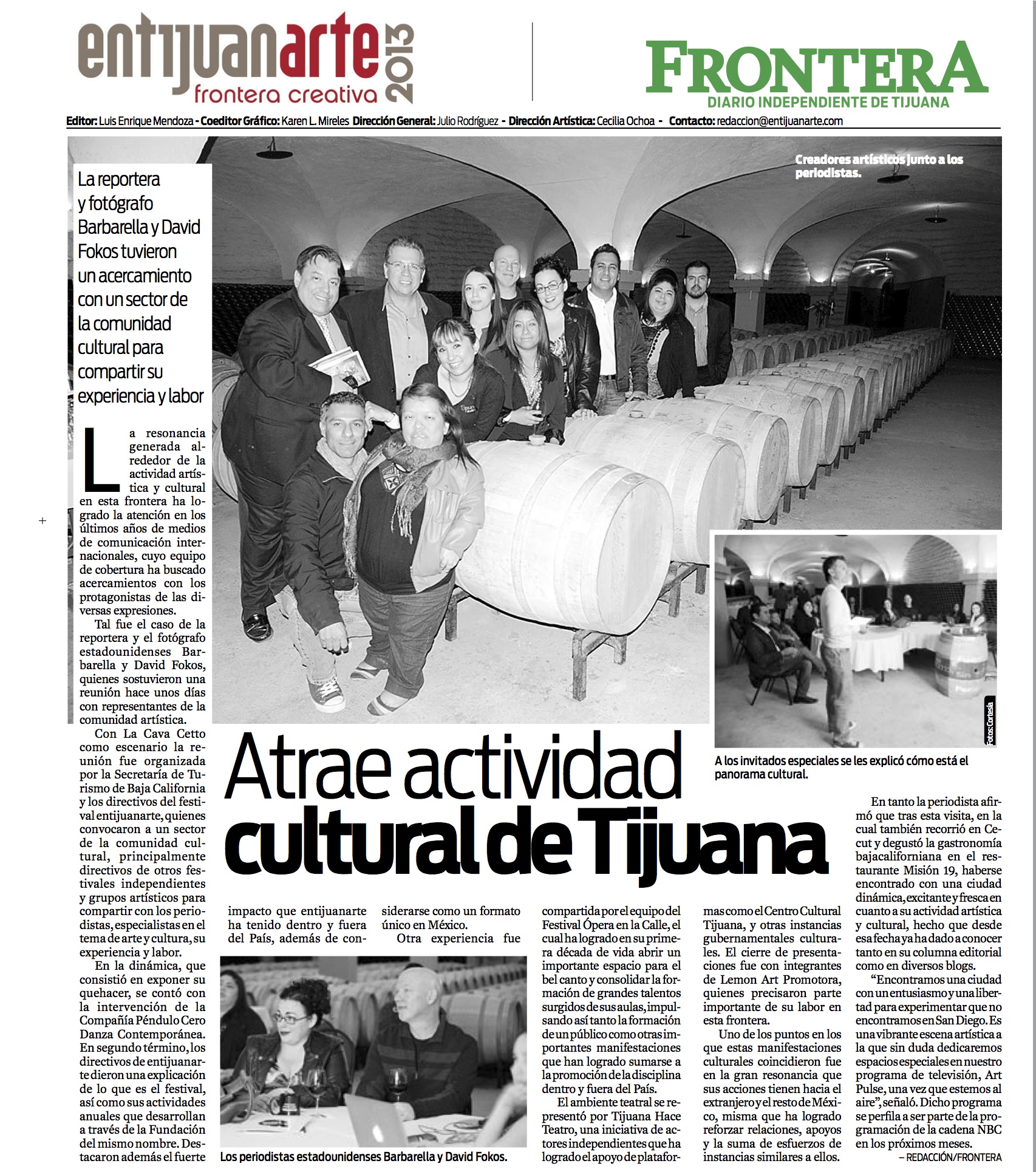 Now, I’m not sure how good your Spanish is, but there’s a quote at the end of this story attributed to David. Those are, indeed his words, but they were not given in the context of an interview. David had written a personal email to one of the arts leaders, and it is from that email that this quote was taken (and translated). Which is all fine and good and all that, but it did make us both realize that we need to think twice before putting anything in writing… I should have already known this, being in media myself, but all things are quotable. Thank goodness he had nothing but nice things to say. 😉