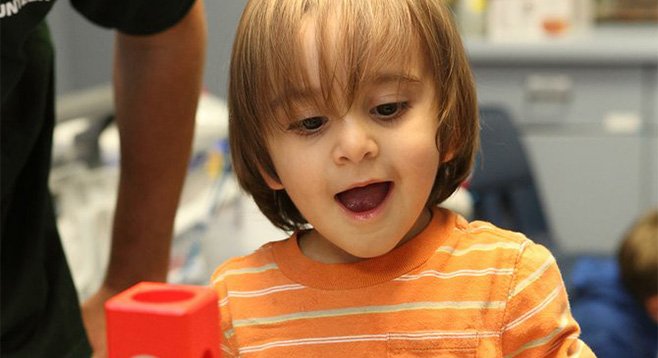 For the fourth year in a row, the San Diego Museum Council and Time Warner Cable present “Kids Free in October,” which means kids under 12 have a free pass (more specifically, two kids per each paid adult) to more than 40 museums, including the Birch Aquarium at Scripps, San Diego Botanic Garden, USS Midway Museum, Reuben H. Fleet Science Center, Museum of Making Music, and Museum of Contemporary Art.

To sweeten the October tourism deal, several hotels, such as the Lafayette, Porto Vista, and Loews Coronado are offering free food to the little ones. But the freebies don’t stop at museums and hotel buffets. October is also Kids Free month at the San Diego Zoo and Safari Park, thanks in part to Mission Federal Credit Union. The zoo has been running a kids free promotion every October for 25 years. Oh, and one important difference with the zoo’s kid freebies is that the cutoff is 11 years old. So no tweens here, please. On the upside, parents can now inform their eager 12-year-olds that they are “too grown up” to be considered kids. I know a few of my niephlings would dig that.

The whole Kids Free promotion push is appropriately dubbed “Kidvasion,” though it could just as easily be called, “Why Barb is waiting until November to visit.” Kidding! See what I did there?

So, now that the kids have had a month to settle back into their school routine, you can surprise them with an outing that won’t break the bank, because for the month of October, you only have to pay for yourself (assuming you’re the grownup).

Kids Free deals are available throughout San Diego in the month of October.