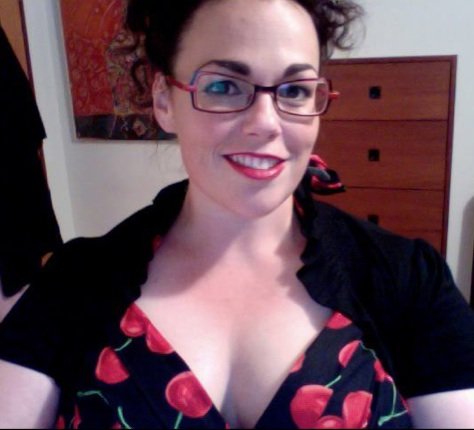 “Oh, boy, guess what!” Robert called from his living room throne, a modern recliner on which he is stationed much of the time. Ency, David, and I were in the next room, hunching over a thousand-piece puzzle.

“Boston just got declared worst dressed city in the nation!” Robert chuckled after he relayed the news, which he’d just received from the television. “And Martha’s Vineyard is one of the worst!”

Ency nodded. “On the Vineyard, it’s a status symbol to not dress well,” she said.

“I don’t think people purposefully endeavor to dress poorly,” David said. He followed up the insightful comment with a “BAM,” indicating he’d successfully placed another piece of the puzzle.

“I wonder who did the voting.” I slid one chair to the left at the kitchen table and opened my laptop. A short series of keyboard clicks later, I said, “GQ. Ha! This guy writes, ‘Boston is like America’s Bad-Taste Storm Sewer. All the worst fashion ideas from across the country flow there, stagnate, and putrefy.’ I’m guessing he’s got something against layering with muted tones. The Vineyard is number 14 on this list, says people here are ‘aggressively preppy.’”

David and I shared a look – earlier that day, we’d stopped into a clothing shop in Edgartown (the stuffy, old-money municipality on the island, where building codes dictate white clapboards and black shutters). I’d never seen so many shades of pink, green, and yellow in a men’s store. Or any store, for that matter.

“Where else can you find billionaires and dignitaries dining out in flip flops, ratty shorts, and uncombed hair?” I mused. “No wonder everyone at the gallery here remembers me as ‘the girl in the hat.’” When I first started visiting the island, I had erroneously presumed the proper attire more closely resembled a day at the races than a week on a farm. Over time, I learned that comfort and practicality were more esteemed than glamour or fashion. One person had even marveled at David’s Diesel jeans, remarking, “Is that what they’re wearing in the city these days?”

David’s parents had taken us to a restaurant in Edgartown with a strict dress code. Yet even though David and Robert were required to wear jackets, no one seemed to mind Robert’s footwear: sandals over socks.

“Someone who really dressed up here would be out of place,” David said.

“Well I don’t care how many times I twist my ankle on all the rocks that serve as roads here,” I said. “I’m still wearing my stilettos to your show.”