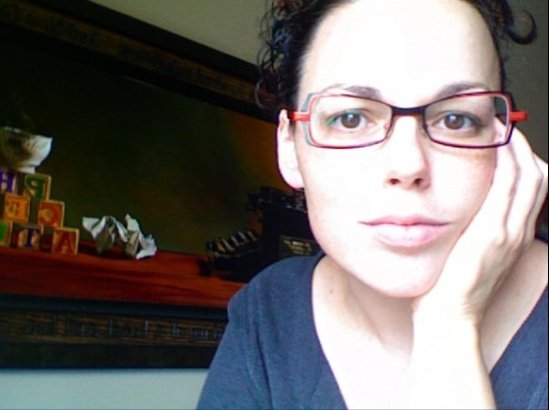 Yesterday, I couldn’t seem to keep my eyes dry. It began with the right one. Because my right eye has been leaking on and off for months, I assumed that’s what it was doing — some inexplicable allergy or impacted tear-duct-related leakage I haven’t had time to deal with. Because there has been no pain or irritation, just incessant water and the annoyance of having to constantly reapply makeup on one eye, I’m putting off the eye doctor until after the move.

No big, I’m used to it now, and my right cheek doesn’t mind the additional moisturizer. But yesterday was different. My sister Jane was here, sitting in her corner of the room that is still my office for another few weeks. She had just finished a conference call, and was catching up on emails. I was toggling between three projects, and tore my eyes from my computer screen to look out the window and watch a small bird twirl in the air and finally perch on the railing of the next building.

“Are you okay?” Jane asked.

“Oh, yeah, fine,” I said. I wiped a droplet from my right eye. “I need to get this checked out. My eye just waters sometimes for no reason. David thinks it’s stress related, but I’m going to get it checked once we’re back from his show and all moved. I sort of think my body is compensating for all of the freakouts I’d be having if I wasn’t taking daily anti-anxiety medication.”

I held it together for another second, and then dropped my face in my hands and began to sob. Liquid flowed from both eyes, onto my hands, and down my arms to the creases of my elbows, which were resting on my desk.

“Oh, honey.” Jane jumped to her feet to stand behind my chair. She rubbed my back and shoulders. She tried to lighten the mood by making absurd comments, and though I smiled into my hands, I couldn’t stop crying. The most frustrating thing about my sudden, uncontrollable waterworks was that I couldn’t pinpoint a trigger. It was just… everything.

“Come on, stand up,” Jane said. I wiped my eyes and stood to face her, and she talked until we were both smiling.

I figured that was the end of it, that I just needed a little release of some pent-up emotion. But for the rest of the day, into the evening, until I had my first glass of wine, moisture seeped steadily from both of my eyes, and wiping it away before people could notice – first at the grocery store, then at a friend’s place – became as natural to me as blinking.