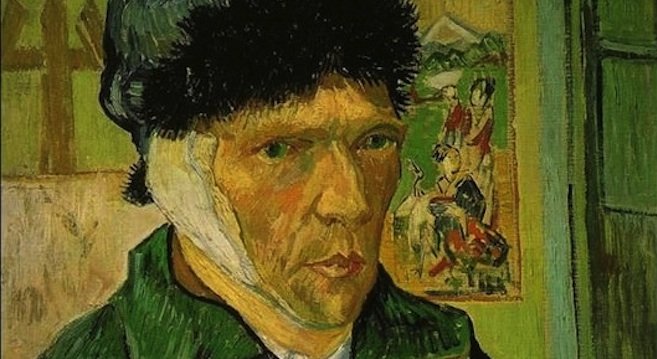 An invisible ice-pick pierced my right ear and I yelped in agony. The pain was both frosty and fiery, biting and burning. No matter how hard I pushed my head back into the pillow, there was no escaping the torment.

Just as suddenly as it had begun, it was over, or at least that’s what I’d assumed. My head had been heavy since I woke up, as if I’d ingested an evil-genius’s chemical weapon that had turned all the fluid beneath my skin into clay. The pressure had been making me miserable all day, but now it was ebbing away. Sure that my troubles were over, I breathed a sigh of relief.

As a jetsetter, I’ve had my ear “pop” plenty of times before. Sometimes, there’s a sharp pain before my head figures out how to equalize its inner pressure. But what I’d just gone through was pain of a different magnitude — on a scale from 1 to 10, it landed closer to 20. This had been much worse than any of those airplane-pressure pops, and there had been no changes in altitude; I’d been lying on the couch the whole time.

A few minutes passed before I noted that despite the release of pressure in my cheek, my ear still seemed trapped, and the ambient noise of the room sounded muffled. I could hear distinct crackling, as though my ear were still in the process of popping. The crackling sound took on a bubbling quality — it was then that I realized my ear was wet. I used my finger to collect a droplet that was the consistency of a tear, and wiped it on my pants without a second thought. My eyes had watered during my bout of anguish, and I assumed that, because I’d been lying on my back, some of the water coming out of my eyes had made its way across my cheek and into my ear.

The bubbling continued, and I felt liquid dripping out of, not into my ear canal. I sat up, a movement that sent a stinging shard through my cheek. Liquid had pooled in my ear and was dripping down my lobes. This time, I looked at my finger after dabbing and saw red. I went downstairs, verified with a white tissue that there was, in fact, blood dribbling out of my ear, and then poked my head into the room in which David was working on his laptop.

“Hey, love,” I said, surprised at how casual I sounded. “I’m gonna need you to take me to the hospital. I’m pretty sure my eardrum just exploded and, well, I’m bleeding out of my head.” I patted my ear with a tissue and held the crimson evidence up to him so he would know this wasn’t just another one of my non-sequitur hyperboles to describe a stressful situation: as in, “Hey, babe, I’m going to go into the other room to punch myself in the head until I come up with an idea for how to solve [insert-stressful-conundrum-of-the-day].”

Once we were in the car, I was relieved that whatever was going on inside my head was about to be taken care of. I was under the mistaken assumption that once I stepped foot inside a medical facility, the crackling noises, loud ringing, and dull throbbing would all stop; that I would regain the full scope of my hearing and skip back to the car through a flurry of lavender jacaranda petals and the harmony of singing birds.

It was a Tuesday afternoon and Urgent Care was empty. As I checked in at the desk, I made light of my situation with Venus, the friendly receptionist. “I think my brain exploded and some of it’s oozing out of my head,” I said. “Just kidding, this blood dripping from my ear is merely a side effect of the telekinesis.” As the easy-going, but understandably wary-looking woman entered my information into the computer, I clenched my teeth to hold my smile as a twinge seized my ear. Once it passed, I made the moment more awkward by adding, “In the movies, blood coming out of the ear is how you know a character’s about to die,” just before thanking her and finding a seat in the waiting room.

In the examination room, a nurse gave me a box of tissues so I could sop up the blood that steadily seeped from my ear. When the doctor — a handsome young Asian man — came in, I explained what had happened. But he didn’t care that I’d been sick in bed with a fever a few days before: “Lung congestion isn’t the same as sinus congestion,” he said. And he clearly didn’t believe me when I insisted that, no, I had not jabbed myself with a Q-tip, chopstick, or ballpoint pen while I was lying on the couch.

“Well, whatever caused it,” he said in that doctor-not-believing-the-patient’s-story tone, “You definitely have a ruptured eardrum. I’m going to prescribe you antibiotics and painkillers, and you’ll have to follow up in a few weeks. You also don’t want to be flying anytime soon.” This last bit hit me harder than the first stab of pain to my ear.

“But I have tickets to travel in two weeks,” I said, feebly. “It’s my husband’s annual art show on the East Coast. We go everywhere together. We’re visiting his parents and —”

“See what your doctor says when you do your follow-up,” he interrupted, “but just know that complications with a ruptured eardrum could lead to permanent hearing loss, and you may or may not need surgery. Flying might not be an option.”

I was glad the doctor had to leave the room to write the prescriptions because I didn’t want an audience as my heart was being ripped from my chest. There’s never a “good” time to be sick. But, while I was sitting there waiting for the doctor to return, wiping blood from my ear with the balled-up tissue in my hand and fighting back tears, it occurred to me that there most certainly is a “worst” time.