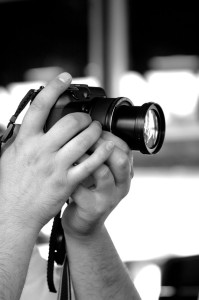 “Will you call Michelle?”

David huffed in frustration. “I don’t have my phone with me, and I’m driving. And it was your idea,” he said.

“You can use my phone, you haven’t even started the car – it’s not like we’re in any big hurry, either, and, if I might add, it’s a brilliant idea.” I began to smile, but held my lips straight when I saw the look on David’s face. “Because I don’t want to be the bad guy, okay? It’s not my dog. Here.” I handed over my phone, with Michelle’s number already highlighted, and looked out my window. The ocean was painted with Monet-esque strokes of rose and lavender, reflected pastel remnants of what had, moments before, been a spectacular sunset.

The problem might have seemed straightforward to an onlooker, but I knew better – when it comes to family, nothing is straightforward. Fortunately, this was David’s family we were dealing with. After the passive-aggressive boot camp that was my childhood, each member of David’s tribe appears as conspicuous as a bright orange buoy in an endless blue ocean.

My father-in-law has an octogenarian friend known only to us as The Judge, because that’s what he used to be before he retired to live on Martha’s Vineyard year-round. The Judge and his wife are good friends of David’s parents, and I have heard many an engaging anecdote about him. I was excited to finally meet him at the reception for David’s annual summer exhibition at the Granary, which is the gallery that represents David’s photographic art on the island.

The Judge seemed like most of my in-laws’ friends on the island – old, wise, friendly, and full of interesting stories about his life experiences. But here’s the hitch – the Judge is an amateur photographer. The night of the reception (and the following night), the Judge sequestered David in a corner of the gallery and interrogated him about lenses and exposure times until, finally, I received David’s nonverbal distress calls and moved in like a Seal Team Six to execute the conversation and open the door for potential art collectors to speak to the man of the hour.

David’s father was disappointed to the point of being hurt when David expressed his fatigue with the Judge’s limitless fascination with the minutia of photography. David is passionate about his work, but it is still work; when socializing, he doesn’t always want to job-talk. He went so far as to tell his parents that he preferred they not invite the Judge and his wife over for dinner while we were visiting, because we’d rather spend our very limited time with just the family.

Because she is hyper-sensitive to everyone’s needs and desires, David’s mother, Ency, took us aside the day after Thanksgiving. “The Judge is coming for cocktails tomorrow,” she said. David rolled his eyes and groaned. “Don’t worry, it’s just a drink, they’re just stopping by, they’re not staying for dinner.” She was whispering, which made it clear to me that Robert was not aware of his wife’s conspiracy to spare David from a night of photographic tech talk.

Michelle, David’s sister, was also in town for the family’s Thanksgiving celebration. She would be having dinner with us that night, and would likely be around when the Judge stopped by. My cunning plan was to employ Michelle as our informant. We had left the house that morning, so I could accompany David on a photo expedition. It was after 5 p.m. when David, reluctantly, called Michelle.

“Can you do me a favor?” he asked, in an unsure tone. “Can you text us when the Judge gets there and then again when he leaves?”

I could hear the laughter on the other end of the line. I grabbed at the phone, which David couldn’t seem to let go of fast enough. I said hello, and a still laughing Michelle said, “Mom said you guys wouldn’t be coming home until after the Judge left, and I didn’t believe her!”

I explained why David was so intent on avoiding the kindly but obsessive elderly gentleman and then asked, “Will you do it?” As I expected, Michelle — the family’s self-appointed mediator — agreed to help us out.

By 5:50, David and I had already hit up the gift shops and bookstores on my to-do list, and had finished picking up the few items Ency had asked us to grab at the grocery store. The headlights of Robert’s Jeep created a light-tunnel on the dark and winding tree-lined roads. (One of the island’s antiquated charms is its lack of street lamps and traffic lights.) David was driving aimlessly when, at 6:15, Michelle texted: “They just got here about 10 minutes ago.” I read it aloud to David, and then texted back, “Shit. We’re done with store, now circling the island.”

I was beginning to get cranky. “They’re going to be there at least an hour,” I said. “What are we going to do, just drive around aimlessly for an entire hour?” David tuned the radio to his favorite station (WBRU, the college station of Brown University), which perked us both up for a while. “You know what’s going to happen,” I said around 15 minutes later. “Even if they do get up to leave, your dad will say, ‘No, wait, David and Barbarella should be home any minute, you can say hello!’ Because it’s not like they can use ‘eating dinner’ as an excuse without us there – they obviously won’t eat until we’re home, which gives the Judge no reason to leave until we get there. You’re going to have to see him.”

David was getting increasingly irritable. I gave him time to think about what I’d said, and turned my attention to spotting animals skulking about on the side of the road, given away by their eyes, which were briefly illuminated and shocked as we passed by them. I’d counted two skunks and a bunny when I sighed and said, “This is absurd. It’s like some game to find out who’s more stubborn, you or your dad.”

Had I known that was all it would take, I would have busted the line at least an hour earlier. We pulled into the driveway at 7:15 p.m. Robert had no idea what had been keeping us so long, and when the Judge got up to leave, Robert encouraged him to stay for just a bit longer. For an awkward 15 minutes, they all stood at the door – David, Robert, the Judge, Ency, the Judge’s wife, and Michelle – the ladies making small talk with Robert, the Judge immediately launching into questions about every shot David had just taken. I had done my part, so I just smiled and breezed past the whole bunch to the kitchen, and poured myself a glass of wine.