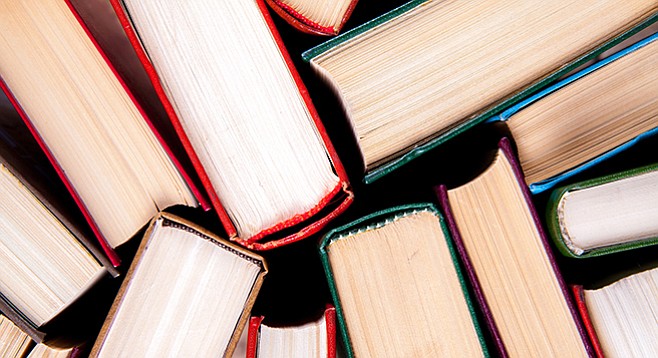 I recently joined an elite book club. There was a vetting process prior to my being invited to join this group of learned women — clearly, they were working off an inflated version of my qualifications. I know this must be true because I’ve googled these ladies. If you were to look at a list of our names while humming the tune, “One of these things is not like the other,” you’d get about two notes in before landing on mine.

Among the dames are authors, historians, professors, chairs of university college departments, even a dean. There’s also a literary agent for international bestellers, a book reviewer for a major national publication, a world-traveling diver and radiologist, a musicologist who’s also an authority on French colonialism, an expert in Spanish literature, and another in Italian art. Together, they have enough PhDs to papier-mâché my car. And then there’s me. I like raccoons.

There’s an old saying in the tennis world that applies to all aspects of life: if you want to improve your skills, you play with someone who is better than you. At my first meeting, these maestros went around the table introducing themselves and sharing their news of the month (one was about to receive a medal from the king of Sweden, another just published her 14th book, and the release of yet another’s latest tome was about to be honored with a concert series at the Musée d’Orsay in Paris). I felt like Zach Galifianakis stepping onto the court across from Andre Agassi.

I had a book club of my own once. My sister Heather and I started it. The two of us have always been the readers in our family, devouring book after book, like chain-smokers lighting new cigarettes off their last ones.

Heather, who is four years my senior, went off to college ahead of me. She majored in General Literature and went on to fulfill her dream of becoming a high-school English teacher (she later went back for her MA in Educational Administration, and is now an assistant principal). When it was my turn, I too attended college, but only for a brief time. I was eager to start adulting, and college felt like a hindrance; a few semesters in, I stopped going. At 22, I found a job at some green-energy startup in West Hollywood and headed north to learn about life by living it.

I continued to read, and to write, journaling daily. It was a handful of years later — after I’d moved back to San Diego, after I met David, after Heather gave birth to her first son — that we formed our little club. We were casual readers and writers: Heather the teacher, Lizzie the poet, and a handful of our friends. For the first time, I wasn’t reading in a bubble. Heather brought all her scholastic analyzation skills to the meetings and helped us consider concepts beyond the words. I enjoyed having my eyes opened to interpretations that hadn’t occurred to me. After a year, our symposiums became more infrequent, and then, as each of us became busier, we stopped meeting.

The women in this new club are long accustomed to examining literature — to analyzing, interpreting, and even formulating theses about books. Aside from my brief stint discussing popular new novels, for me, reading and thinking about what I’d read had always been a solitary event.

As an adolescent, I had an affinity for grown-up books; I frequently came across words and ideas that I rarely encountered in real life. Because of this, I developed a distorted vocabulary of mispronounced words: in my head, the word epitome sounded just like it was spelled, epi-tome. For many years, I assumed the spoken version, eh-pit-o-mee, was a synonym.

My time with the Brain Trust started off well enough. Somehow, I managed to not sound like an ignoramus as I chimed in with a thought, or a reaction to someone else’s comment, about Amos Oz’s A Tale of Love and Darkness. It was when we began to discuss the next read that I tipped my self-taught hand. Two books were being passed around: The Stranger, by Albert Camus, and The Meursault Investigation, a new book by an Algerian writer that is meant to offer an alternative view on the 1942 existentialist classic. It seemed everyone except for me had read The Stranger, and more than half of them had read it in both French and English.

When the paperbacks reached me, I turned them over in my hand and muttered to myself, “Albert Kam-us” and “Mer-salt.” I’m not sure if anyone heard me, but I felt my face flush with heat when across the table I heard these names pronounced correctly, with perfect French accents: “Al-bare Kam-oo” and “Mare-so.” I quickly said them aloud again, this time a bit louder, as I tapped the names and titles on my iPad. No one seemed to be looking in my direction. I took a deep breath and let it out slowly.

That was seven months ago. Thus far, I think I have successfully concealed my cluelessness when certain allusions are made. There is always the possibility that my presence is some kind of wisecrack, with an emphasis on wise, as in they’re the only ones who get the joke. Still, despite being conscious of my intellectual inferiority, I’m beginning to feel more comfortable. I’m starting to consider the possibility that they’re not looking down on me, even though I can only read in one language. That maybe some of the thoughts I share aren’t “stupid,” but “refreshingly unrefined” or “intriguingly naïve.”

As for me, feeling like the uneducated moron in the room only makes me want to read more, to experience more, to learn more — while still making time, of course, to watch raccoon videos and play Word Bubbles on my iPhone.