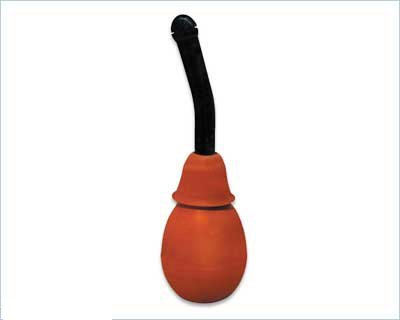 I strive to give people the benefit of the doubt; I should know better. My gut tells me people lie and cheat, that they’re selfish and terrible. But then my brain interferes and supersedes, always pushing for cultured objectivity. I’ll walk down the street, someone will smile, and I’ll feel encouraged to trust in humanity. But then I see a cyclist spit on the hood of a truck as he speeds by, and I notice the half-empty coffee cup abandoned on the sidewalk, a mere few feet from the receptacle someone deliberately ignored. Couldn’t be bothered, didn’t want to make the effort, or maybe it was a nonverbal assertion, one that says, F-you, I don’t have to follow the rules.

Etiquette is defined as “a code of behavior that delineates expectations for social behavior according to contemporary conventional norms within a society or group.” I do my best to be considerate of those around me, that is when I’m not on a rampage to exercise my rights. For example, just because you brought your kids to the brewery and sat next to me doesn’t mean I’m going to censor this hilarious and obscene story I’m telling my friends. But in the day-to-day stuff — the holding of doors, the smiling and saying please and thank you — I count myself as quite polite.

Consideration and accountability are important to me. Perhaps this is why I’m surprised every time (and times are frequent) I encounter the opposite while going about my day. I sometimes like to pretend that when I find trash in the elevator, it was an “accident.” Surely no one put it there, and left it for someone else to take care of.

I’ve got a real shitty excuse for a human living in this building I’m in, the one I’m about to move out of in a few weeks. As the president of the HOA, I’m the one who handles situations such as broken gates, damaged hallways, complaining neighbors, and clogged trash chutes. In the last year, I have caught this one guy in blatant lies (he said the gate “fell” and that we should pay for the damages to his car, but the video from my security camera clearly showed him barreling into it); and douchey actions, such as forcing his boxes (which he receives and disposes of daily) into the trash chute, despite the friendly reminders posted everywhere about how the chute can’t handle boxes – they need to be broken down and put in the recycling bin in the garage.

When he was asked to stop, when he was told that our petite and universally loved cleaning lady was forced to climb in the trash repeatedly and unclog the chute, Dick responded, “Isn’t that the kind of stuff she gets paid for? If she can’t handle the task, maybe you need someone else.” It doesn’t get much dickier than that.

After we sent a violation to his landlord, the owner of the unit (Note: not all renters are bad, many of them are more conscientious than homeowners here) Dick complained of a gouge on his front door and demanded it be fixed immediately. Though it is known that he’s responsible for the gouge (he asked for elevator pads to move a couch, but said forget about it after he learned of our $500 moving-large-items deposit), we can’t prove it – no cameras in the hallway – so we’re just going to suck it up and fix the door.

One thing I’m really looking forward to when I move is not having to know for sure just how shitty people can be. I’ll go from my car to my apartment and keep telling myself that people, in general, aren’t like this guy. That’s the world I’d rather live in.