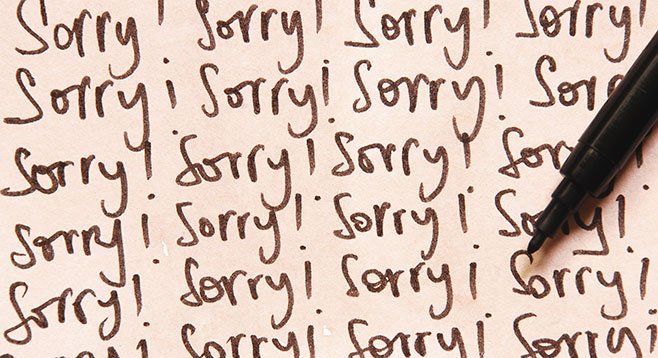 You know a marketing campaign has struck a zeitgeist nerve when it manages to create a viral video that positions its product at the center of a national discussion, prompting news outlets and commenters to spread the brand’s message further and wider than billboards and television commercials ever could.

Dove got a lot of attention for their “Real Beauty” campaign by claiming to support body acceptance. I use the word “claiming” because the range of models Dove selected to represent all “real women” is laughably narrow: from pretty, skinny, dark-skinned girls, to not-as-skinny-but-still-not-big-enough-to-qualify-as plus-sized, light-skinned girls.

But I’m not talking about Dove and their “love your body enough to slather our product all over it” message. I’m thinking about a more recent march in the ongoing crusade to win women (and their purses) over with feel good, empowering messages, this one from Pantene shampoo.

Last month, Pantene released a video to promote its “Shine Strong” campaign. The minute-long commercial is titled “Not Sorry.” It first depicts a handful of women apologizing their way through a normal day, saying sorry for all sorts of things they don’t need to apologize for, such as scooting over to make room for someone to sit or asking a question at a business meeting. Then, after the written message, “Don’t be sorry, be strong and shine,” appears, the same women are shown navigating the same situations without resorting to the s-word.

My Facebook feed exploded with shares of this video. Articles, all written by women, popped up on CNN, ABC, Time, Atlantic, Washington Post — pretty much everywhere. Psychologists speculated about cultural norms, activists argued about gender inequality, linguists analyzed the evolving definition of the word “sorry.”

For many women, Pantene’s commercial pulled back a curtain that was blocking a big mirror. They gazed at their reflections and their incessant apologizing glared back. But for me, the fact that many women over-apologize was no epiphany. If anything, this commercial was just one more arrow in my quiver as I fight to help my sister Jane — an excessive apologizer — triumph over her apologetic demons.

The linguists were wrong. It’s not the word itself that needs analyzing so much as the need some of us have to ingratiate ourselves by assuming culpability for everything bad that happens, up to and including inclement weather. Jane doesn’t even use the word “sorry.” She used to say, “I’m not worthy.” It began as a joke, a way to say “thank you” to my dad for babysitting Jane’s girls or to me if I were to buy lunch or assist her in the writing of a letter. She started saying it all the time. Like a verbal tic, for a full year Jane would utter the phrase more often than a surfer says “dude.”

Now my sister has replaced that phrase with another. At least once in every conversation I have had with her over the past several months, Jane says she “feels bad.”

Recently I agreed to help Jane edit and post a video of her daughter singing. She took me out to lunch, which was unnecessary but appreciated, and we were back at my place when she began. “I feel bad that I’m taking up your time, you could probably be doing so many other things today,” she said.

Again, a few minutes later, “I can’t believe you’re helping me with this, I feel bad. What can I do for you?”

“You just bought me lunch,” I responded. “And I told you I could help. If I wasn’t available, I would have said no. Stop feeling bad. And give me a little more credit — you know I don’t do things I don’t want to do. You’re making it seem like I’m somehow being forced here.”

But she couldn’t stop. When I called David to ask a technical question about one of our video-format conversion programs, Jane said, “I feel bad that you had to bother David…is he mad?”

“Why would he…? What’s wrong with you? Say you feel bad one more time and I’m going to punch you in the boob,” I said.

I knew my sister didn’t feel that bad; otherwise, she wouldn’t have asked for and accepted my help. I think she says it to convey her gratefulness, the way she used to with “I’m not worthy.” It’s like she feels it’s not sufficient to stop at “Thank you.”

It’s not all Jane, though. The reason I get so frustrated with her is because I feel bad more often than I know I should, and I don’t know how to stop. If I’m trying on shoes but I don’t find anything I like, I feel bad that I might have led the salesperson on by expressing interest, just to walk away without buying anything, thus making me responsible for his disappointment because I’d single-handedly created an expectation and then dashed it.

“I get that you don’t want to upset anyone, but you have to realize that if someone is upset, chances are the reason why has nothing to do with you,” I said.

“I do feel calm when I remind myself that no one cares about me,” Jane said.

I considered the many ways to interpret that statement before I clarified for her, “You mean that the world doesn’t revolve around us.” But it wasn’t just that, there was still something missing, something I needed to hear as much as say. “If your man walked through the door and said he feels awesome, you probably wouldn’t say, ‘You’re welcome.’ But if he walked in and said he was having a terrible day, you’d say, ‘Sorry,’ but you’d think, How did I let this happen?” It occurred to me that I would react the same way if it were David, or anyone, really. “Why is it we’re so quick to feel guilty about the bad stuff, but so reluctant to take credit for the good stuff?” My question hung in the air, as my sister and I wondered about all the ways we were wrong.