So you think you can Kizomba 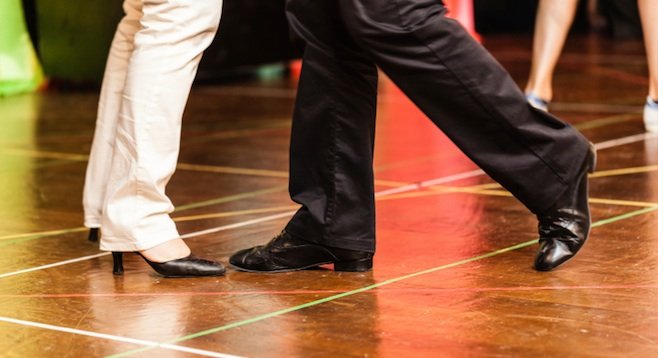 Dad had been asking me to google the made-up-sounding word for weeks. “I’m not by a computer right now. I will later,” I said each time, but I always forgot. It was the name of a dance, or a workout.

It was the promise of a workout that swayed Jane to accompany him. “This will be great,” Jane told me when she first accepted Dad’s offer to partner up and learn some moves every Monday night. “We’re doing this resiliency thing at work, and —”

“You don’t need to rationalize it to me,” I said, cutting her off. “You can do things just because you want to, you know. It doesn’t have to also be ‘good for work’ or whatever.”

“That’s not what I mean,” Jane said with the irritated tremor of a guitar string that had just been plucked. “My team has been working so hard, and I just challenged them to do something out of their comfort zone, to get us motivated and have some fun by focusing on mental and emotional energy outside of work. Like, one woman went kayaking with her son. Anyway, we had just had that meeting when Dad asked me to go with him to this, so the resiliency thing was fresh in my mind when I said yes.”

When I asked Dad why he’d signed up for a dance class, he responded, “To expand my repertoire. And I got a great deal; there was a Groupon.” Of course there was, I thought, smiling to myself. Dad loves a deal. Of the dance itself, he went on to explain, “It’s interesting. It’s an African dance, from Angola, and when you get to fancy parts of it, there are Argentine tango moves. It can be incredibly sensuous, but the ad for this class said you could do it with a family member because we’re just getting the basics down. I wanted somebody to come with me because I knew it was a personal sort of dance, and I was nervous.”

A few weeks went by and I’d forgotten that my sister and father were out cutting a rug every Monday night. But then, upon leaving the latest class, both Jane and Dad called me within seconds of each other. Jane was first, and I had barely gotten out “Hello” when she blurted, “I just got drunk and went to Kizomba.” I told her to hold that thought while I answered Dad’s call to tell him I’d call him back later.

“So, what is it anyway, like a Zumba class?” “Hang on. I’m walking to my computer right now. How do you spell it?” I typed the word and clicked on the first video that popped up. A woman wearing six-inch heels was standing crotch to crotch with a man, and when the music started, they began to slowly step around the floor, remaining pressed together, while the woman’s mesmerizing booty — made even booty-er by the heels pushing her glutes skyward — swiveled and twirled. “What the? Oh my GOD, Jane, is this what you guys are doing?” While Jane laughed, I stared open-mouthed at the gyrating buttocks on my screen. “This is…pornographic. Tell me you’re not dancing like this withDad.”

“No, no,” Jane said, still giggling. “Dad and I keep a little space between us. But I am dancing like that with strangers. And this is supposed to be the ‘family-friendly’ class.”

“This is like twerking in slow-mo, but with more circular action,” I said. “Do the girls always have to wear such high heels?”

“I thought I would be moving like Zumba and that I would burn some calories,” Jane said, ignoring my question about the heels. “This transports me back to high-school dances, where you have to be slow dancing and just walk around in tiny circles. I don’t think I burn more than half a calorie in each class.”

“How do you keep a straight face?”

Jane laughed. “I don’t! I make weird faces to the point where I think it’s distracting to the instructor. He’ll look at me like, Are you okay? The thing is, I don’t dance that close to Simon, right? So it’s very awkward and I pull these faces like contortions, like, ‘How close are we getting?’”

“I don’t know how you do that, especially with all those randoms,” I said.

“I always envisioned myself — like, if I had a different life and started dancing early — that I could be on one of those shows like So You Think You Can Dance,” Jane continued. “Well, what you don’t realize is that those dancers are sweating on each other. I didn’t know I was such a germaphobe until I was touching all these different hands and giving tight hugs to strangers.”

“We’re all germaphobes in our family,” I said. “You’re worse than me: you have that antibacterial stuff attached to your keychain.”

“The first night, one guy had some kind of weird Thai food, so every time I danced with him I had to breathe out of my mouth.”

“I did the best tonight, though,” Jane said with a smile in her voice. “Usually I’m so stiff, the instructor — he’s, like, 80 pounds wet, he’s really nice, he’s also a DJ — he’s always telling me to ‘relax and lean in, relax and lean in,’ but I’m too stiff because I can’t relax; there’s always someone up in my space. But, tonight I had a big glass of red wine right before class, so I was, like, yeah, whatever!”

“It was supposed to be,” Jane said with a sigh. “But because Dad loves to get a good deal, he negotiated an extra class.”

“Better you than me,” I laughed. “There’s not enough wine in the world.”