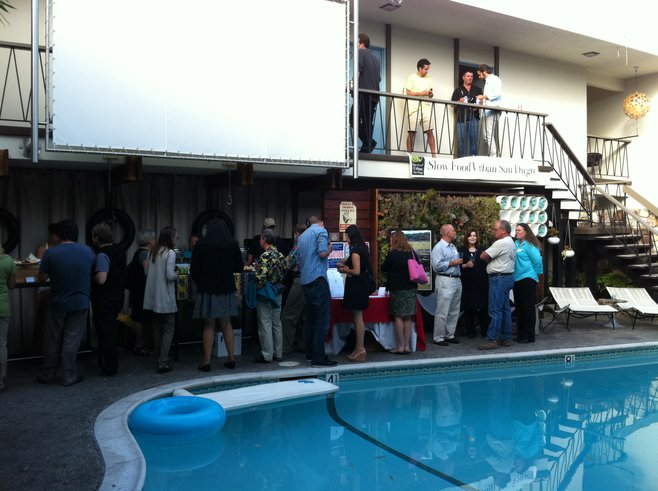 At a mixer, one is expected to mix. But I wasn’t at this mixer for the people. Slow Food Urban San Diego was having a food-centric soiree at the Pearl, after which David and I were told we could chill, see a movie on the big screen that overlooked the pool outside, and enjoy a tasting menu paired with beer from Coronado Brewing Company.

In case you’ve been living in a snail shell for the last five years, I’ll share the slow food mission: “Encouraging the enjoyment of foods that are local, seasonal, and sustainably grown.” The way I see it, stuff that’s fresh, in season, and not mass-produced tastes better than the alternative, and it comes with the added bonus of feeling all warm and fuzzy about supporting your community and doing a little less than normal to rape the Earth. I can dig it. 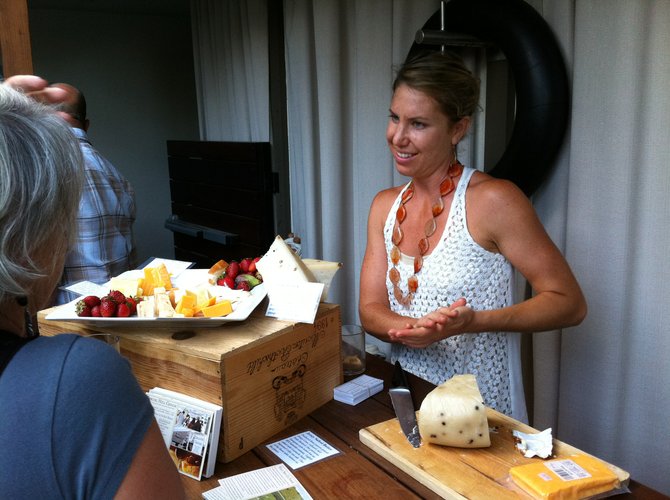 “We’re not going to have to watch a movie about some animal food torture mill while we eat, are we?” David raised his brows in trepidation. We sat off to the side, watching nametags intertwine from across the pool as people sampled treats from local producers such as Spring Hill Farm Creamery and Janet the Olive Oil Lady. 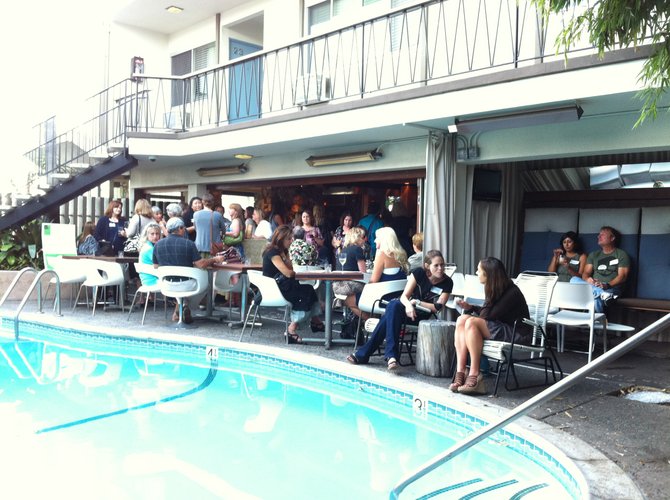 View of the mixer.

“No, it’s probably just a promotional thing, a feel-good type show about the stuff we’re eating,” I said.

“Yeah, okay, that doesn’t bode well,” I said. “Let’s just go with it. I’m sure the food’ll be worth the wait.” I wondered if starting dinner service an hour late was part of the “slow” concept. It had been forever since I’d visited the Pearl, and I was curious to see what Chef Jaison Burke’s “seasonally inspired” appetizers and three-course meal would taste like. 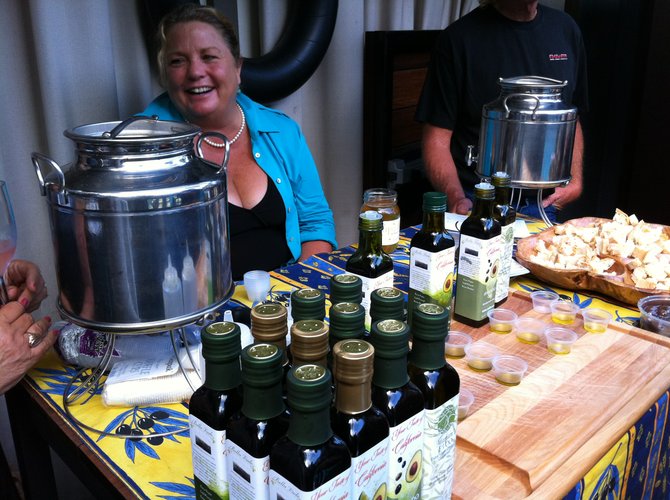 David and I were both right. The movie came on, a documentary the New York Times had aptly described as “anxiety-laden,” and one of the first images we saw was of a huge processing plant, with pigs piled on top of each other. “Awesome,” David said. 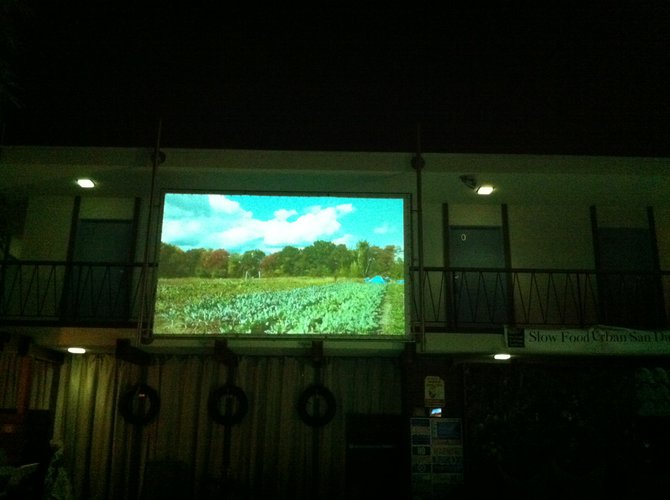 “Ah, you don’t have to watch. Here, taste this.” I handed over my fork, on which I’d crafted a bite of bass and heirloom tomato. Occasionally, we looked up to the film, and listened to small farmers’ tales of government oversight woe. It was a total downer, but also an eye-opener about just how often big-money agriculture harasses small farms. Still, it was the kind of thing you’d want to show in schools, not to a giant choir, all singing the slow food anthem in harmony.