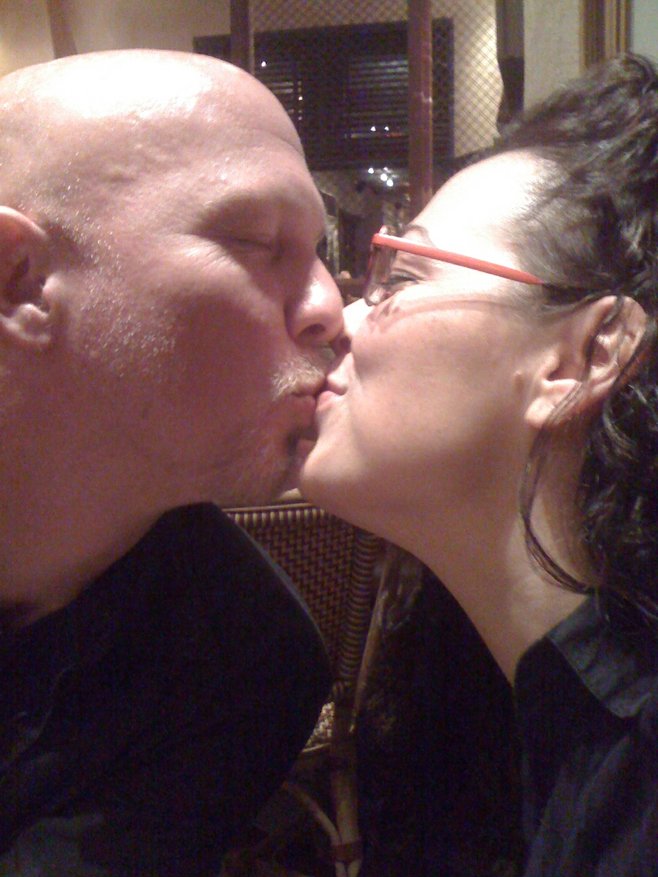 It was exactly nine years ago today that I first met David. Well, first met in person. We’d already met virtually, when he answered my online dating profile ad, and then over the phone — that tentative chat we had to confirm our face-to-face — which was just over two weeks after our first email exchange. That was 2002. I’ve been writing about my life in the Reader since 2004. That means growth and development of my relationship with the love of my life has been more than the usual “shared experience” between two people in a relationship.

We were driving up to my sister Heather’s yesterday when David said, “What do you think your life would be like right now if we’d never met?”

“I’d probably still have cats,” I said. This was meant as a half dig. In 2004, I gave up my cats for David. He didn’t want to live with cats, and as much as it killed me (and did for years afterward), I found my babies of four years another home so that I could create one of my own. It was the reasonable thing to do – my new life with David meant more traveling, and my health would improve once the two furry sources of my frequent allergy attacks were removed.

“Aside from that, I’m not sure. It’s so hard to speculate. I’m ambitious, so I’d probably still be where I am career-wise, but I’d probably be single.”

“Why do you think that?” David seemed surprised.

“You made me trust you,” I said. “I don’t think anyone else could have done that.” We mused in silence for a few minutes and then I marveled aloud: “Wow. NINE YEARS. I probably wouldn’t have traveled as much. Definitely not to Japan.”

It was a gallery exhibition of David’s photography that brought us to Tokyo in 2007. We’re going back there next month. Japan, Canada, the Netherlands, Sweden, Italy, France, Spain, Portugal, Switzerland: all countries we experienced together, thanks mostly to David’s lust for exploration, which it turned out I share.

“It’s mind-boggling to consider it all in one lump sum of time,” I said as we merged onto the 15 from the 163. I remembered moments as flashes – when we bought our home, when we lost it; how David never wanted to get married, how we ended up eloping; our shared aversion to babies, our shared tenderness for our nieces and nephews; David’s drunken debauchery, my drunken debauchery, wine, travel, art, cheese, friends: each moment a different color, spinning round and round in my mind until they were as mixed and splattered but also as bright and strangely beautiful as the Spin Art I once made in grade school.

“I don’t know what my life would be like without you,” I said. “But I know what it’s like with you. Simply wonderful.”