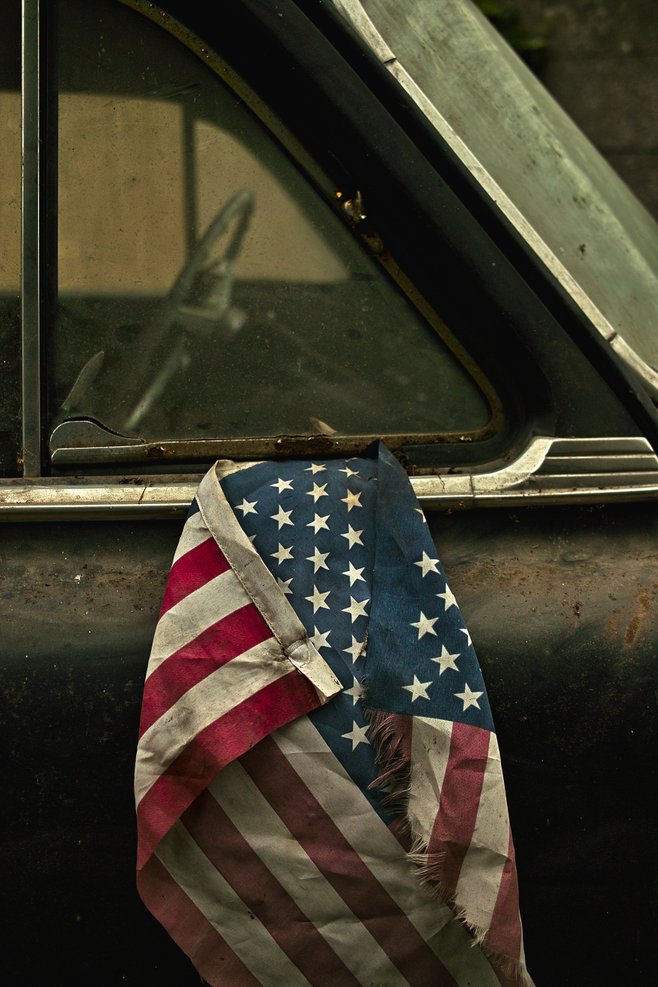 “You will not believe what I just heard,” Jane said. Her brows were raised in a classic and universal WTF expression. Before I could ask, she held up a finger and said, “I’m still on hold, wait a second, but you will not believe– Hello? Yes, hi, Bernard, I have a question about my account.”

Jane had finally ditched her Blackberry for an iPhone, and was on the phone with AT&T (she’d previously been with Verizon) trying to figure out why her bill went up when she’s supposed to have a company account. When she finished the drawn-out discussion to lower her rate, Jane ended the call and looked up at me, eyes wide.

“Okay, so I’m on hold, and this voice comes on the line and says, ‘AT&T supports the military. Your call will be handled by a disabled U.S. veteran.’ How fucking weird is that?”

“I know!” Jane started laughing, but it wasn’t a jovial laugh — it was her nervous, uncomfortable laugh. “So I’m waiting for someone to pick up the phone and then that comes on, and I’m like oh my God, what does that mean? Someone who went through a bomb or whatever, a POW is going to get on the phone so I can ask them questions about my bill? And it wasn’t like, your call might be handled, it was your call WILL be handled, not you could be, but you ARE getting the disabled veteran.”

“That’s beyond weird,” I said. “Do they think callers are going to be nicer or something? You’re nice all the time, without knowing whether or not the person on the other end of the line suffered from some national calamity.” We spent a few silent moments sharing our incredulity by way of facial tics.

“At the end of the call, when thanked you for choosing AT&T as your service did you feel compelled to say, ‘No, thank YOU for YOUR service?'”

“I wasn’t any nicer than usual, but I was definitely nice,” Jane said.

“I think the disabled would be offended by that,” I said. “All of the handicapped people I’ve known have said the number one thing they want is to be treated normal, like everybody else. A military veteran doesn’t want your pity, just the respect they’re due. I mean, it’s so absurd — imagine if you were to replace their chosen support with something else. Like, ‘Thank you for calling. We support marriage equality, so your call will be handled by a recently married gay man.”

Jane laughed. “Or, ‘We support the arts, so your call will be handled by a starving artist.'”

Having overheard the rising hysteria in my office, David came in to join us. “What about, ‘We’re really into Project Runway, so your handler today will be dressed completely in Prada,'” he said.

“You know what’s really crazy about that?” David looked at Jane, the slant of his eyes indicating he was about to say something potentially offensive to the corporate gal, who we often tease for her meaningless corporate speak. “It’s that you know they had a lot of conference calls, and ‘circled back’ many times before deciding to ‘action’ this to prove that AT&T has ‘skin in the game.'”