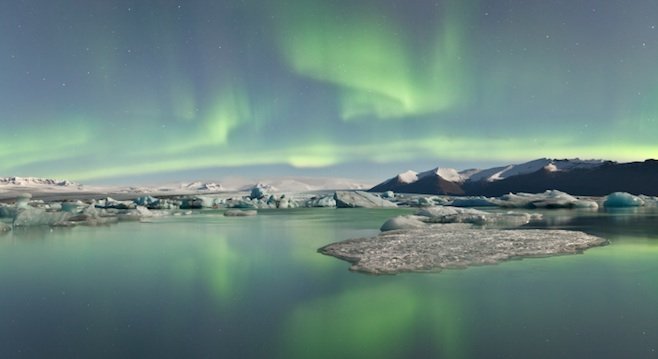 I sighed and then held up my phone so David could see the image of the castle I’d been ogling. “I love that Stephanie is posting pics of all her adventures,” I said. Steph, my long-term bestie, has lived in England for the better part of the past decade, and has been taking every opportunity to explore her newly adopted country and the nearby European continent. Her latest adventure was hash-tagged Geneva.

“Look at that water, so blue,” I said. “And those gardens, so green. It’s gorgeous. I just want to be there.” I sat up straighter as an idea popped into my head. “You know, we have some time now — let’s go somewhere we’ve never been before. I want to see something new.” I scrolled down Steph’s feed, a conglomeration of postcard-perfect glimpses of rural Europe featuring snow-capped mountains, remote cottages, castles, and more. “It doesn’t have to be a big thing,” I said. “I know money’s tight, so maybe we don’t even fly. I’ve never been to Santa Fe…how far is that to drive?”

“Twelve,” I corrected, as I inspected the map I’d already pulled up. “Ooh! And look at this — right on the way is the Petrified Forest National Park. See what I mean? Natural wonders, just a road trip away. How cool would it be to see that in person?”

“I’ve been to the petrified forest,” David said. “It’s just a bunch of stone logs lying on the ground and two gift shops. Which is fine, if you like that sort of thing.”

“Well, I’m going to look for hotels in the area.”

“Now, Iceland…that’s where I want to go,” said David.

“Iceland? Why would anyone want to go there? It’s just darkness and ice.”

“No, it’s not. It’s really beautiful, the people are friendly, and in the summer it’s the opposite of dark — the sun never entirely sets.”

“That’s a little out there,” I said, eyeing David. “But you know what? I’m down for an adventure.” I liked the fact that he was onboard with going somewhere, and I was starting not to care where we went, as long as we went, and the sooner the better.

This was the first time I’d considered traveling for pleasure in over a year. Last year was a blur — in 2013 I worked more hours (and clocked more sick time) than any previous year in my life. It was an exciting and extraordinary experience, and I had a lot to show for it (19 half-hour episodes of a program I produced and hosted that aired on network television). But now that the frenetic, seven-day workweeks had come to an end, I noted how much I’d missed the simple things, like hanging out with my family on a Saturday or taking an afternoon walk through Balboa Park. It seemed like forever since I’d considered seeking new experiences to share with my favorite person.

As we sifted through maps, airfare comparisons, and hotel reviews, David and I would occasionally lock eyes over our laptops and smile in giddy anticipation. I remembered something I’d read about the importance of anticipation by the woman who wrote The Happiness Project: “By having something to look forward to, no matter what your circumstances, you bring happiness into your life well before the event actually takes place.”

To others, Santa Fe and Iceland might seem to be opposite experiences, but the two destinations had one important thing in common: they each fit our fairly narrow criteria for preferred travel spots. David and I want to visit interesting and unique locations that are known to be clean and safe with few bugs. We’re uninterested in heat and humidity (partly because such a climate is a big draw for creepy crawlies, but also because it’s downright uncomfortable).

After an hour of spirit-raising travel research, David and I met up with our friend Mellie at the Rose Wine Pub. The three of us were sitting at the bar when Mel announced that she was thinking of moving to Nicaragua. “What? Why?” I shrieked. The bartender chuckled, presumably at the level of outrage in my voice. “I mean,” I said, in a calmer tone, “I thought you said you weren’t a fan of the bugs and humidity in Thailand. And in Nicaragua, there’s malaria, typhoid…I read somewhere that you could get hepatitis A from the water there.”

“It’s cheaper than anywhere else,” Mel answered. “And I didn’t love the heat and bugs in Thailand, but I had a good time. I could get used to things in Nicaragua.”

I thought of all of the nightmarish creatures I knew to reside in Central and South America; of friends’ recounted tales of dysentery. But I like being supportive of my friends’ goals and adventures, so after I stopped reeling from the broadside, I quickly added, “Well, whatever you decide, I’m sure it’ll be awesome.”

It was then that I remembered Mel had gone to Australia, by herself. Australia: the barren land of blood-curdling beasties whose only purpose on this planet, as I understand it, is to terrorize and torture other living things: snakes, spiders, sharks, even the jelly fish are out to get you, all for the enjoyment of watching you suffer. Also, the spiders there can swim.

I understood my friend’s urge to visit exotic locales, but not to live there. David and I have long been toying with the idea of renting a place in the French or Italian countryside for three to six months out of the year, but it remains a “someday” kind of plan.

“Santa Fe is going to happen regardless,” I said once David and I were back home. “It’s too easy not to just do it. But that doesn’t mean we can’t do Iceland, too. Look at these pictures I found.” I showed David my screen, on which I’d clipped images of ice caves, emerald-green hillsides, thermal lagoons, volcanoes, and majestic waterfalls. “Fire, ice — this place looks like the backdrop to a fantasy movie,” I said.

“And don’t forget the Northern Lights!” David said. “Just like in the movie Frozen. You’d love that.”

He was right. I couldn’t resist something as magical and Disney-esque as the Aurora Borealis. “It’s settled, then,” I said as I grabbed David’s hand and gave it a squeeze. I smiled at the image forming in my mind — me as the Snow Queen, wrapped in a soft parka, standing atop a glacier, and petting a reindeer.