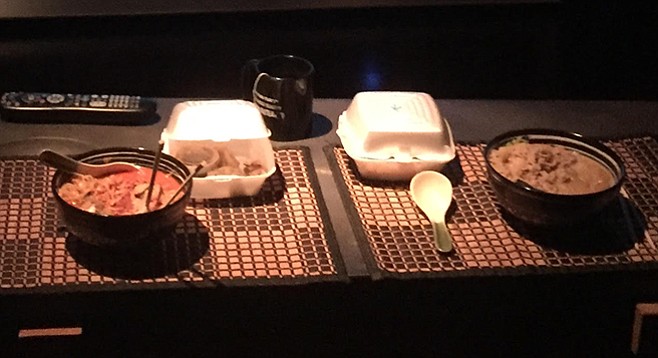 David appeared beside me in our home office, presumably having followed the sound of my curses from the other room. “What’s up?”

“It’s my laptop charger,” I said. “I’ve tried it in every outlet, and it’s not working. It’s been on the fritz for a while, and I think it’s finally shit the bed.” I sighed, more dramatically than usual. “I have so much to get done today, I don’t have time to deal with this.”

Most often, only one of us is up against a deadline. Standard practice in this situation would be for the other to handle emergency errands. But on this particular day, we were both slammed. “I’m not sure whether to laugh or cry,” I said, trying to figure out how long it would take me to head to the mall and back.

“Wait,” David said. “Let me check something.” He grabbed the iPhone from my desk, tapped around the screen for a good 30 seconds, and then looked up and smiled with a mixture of pride and satisfaction. “Prime Now has it,” he said.

I hadn’t thought to check Amazon. The mega-company’s free two-hour delivery service (one hour, if you want to pay an additional $8) is fairly new to the region; we’ve only used it a couple of times, mostly to see how it worked. “Oh, thank God,” I said with a sigh of relief. I watched as David tapped a few more times to complete the order and then smiled for the first time all morning. “This is great. It’ll be here by the time I’m wrapping up work on the big computer.”

“Here, you can track the driver on your phone,” David said, handing me back my handheld miracle of technology.

“You know, it’s weird we still call it a phone,” I said. “I mean, phone is, like, number 20 on the list of ways I use this.” I mentally ticked off my apps, from social (Facebook, Twitter, etc.), games, photography and filming, news, notes, music, meditation (an app I could stand to open more often) — I even watch TV shows on the thing. But talk on it? To other people? That’s a rare occurrence, and when it does happen, nine times out of ten it’s one of my parents or sisters. With friends, and even business colleagues, I communicate primarily by text, via a variety of apps on my “phone.”

A growing number of those apps are for delivery or car services. Eat24, Prime Now, Grubhub, Uber, and the most recent addition, Postmates. My foray with delivery began a few years ago, back when David and I were pulling 70-hour workweeks. I found a now-defunct service called Delivery San Diego that would bring us normal restaurant food. Before then, delivery meant pizza. With this service, there were so many options — we could keep working while someone brought us fresh spring rolls from our favorite Vietnamese restaurant.

My friend Katie told us she pretty much has everything delivered, from detergent and dog food to burritos from the Mexican restaurant around the corner. Katie works full-time at an office job and prefers to spend her weekends hiking, building motorcycles, or simply chilling at home, sans pants. It was Katie, with all her delivered sundries, who helped me realize delivery wasn’t just for food.

When Prime Now hit San Diego, we were quick to try it out. David ordered toilet paper, paper towels, an SD card for his camera, and commercial kitchen-style wire shelving for storage; a guy showed up with all of it over an hour later. As cool as it was to order something and have it arrive the same day, we agreed that it wasn’t a big deal to wait a day or two, and we returned to next-day, or even next-week, deliveries. Until, of course, the day my laptop charger died.

About an hour and a half after placing the order, a smiling man stood at my door and handed over the big brown bag that contained a new charger for my MacBook Pro. I wondered if this was what it was like to have a real-life personal assistant — someone to run around town and grab things for you while you’re working. Or watching cute animal videos.

But Prime Now has its limitations. I can only order whatever is already stocked in the local warehouse. And food services, such as Eat24, have a limited number of restaurants to choose from. That’s why I’m so obsessed with the newest addition to my growing collection of delivery apps: Postmates. This is the only one that will allow me to get anything from anywhere in my area, 24 hours a day. Slurpee from 7-11? Sure. Gift for a friend’s kid from Toys “R” Us? Of course. Clothes, groceries, office supplies, or anything from any store you can think of? Why not? From cough drops to a couch, if you can imagine it, and it’s in a store in this town, it can be yours within the hour. My friend Terri has Postmates bring her food from Taco Bell.

Delivery is the modern convenience store — it doesn’t get more convenient than tapping a few buttons and having whatever you want brought right to your door. Sure, I could go to the store myself. I like getting out and interacting with people just fine. But sometimes I’m busy, or sick, or simply not up for it. Most days, David and I are able to pick up the slack for each other; one of us (usually him, but I’ve had my turn) volunteers to run necessary errands while the other stays at home to work.

Recently, though, we were both feeling worn down, and neither of us felt up to braving the cold and rain to retrieve the hot bowl of ramen we craved from a little joint a few neighborhoods away. So we did the sensible thing. We cozied up under a blanket on the couch with my pocket butler, and launched an app.