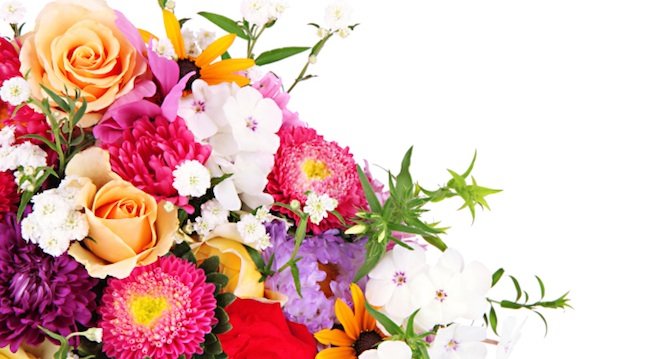 I could feel my left eyelid twitching — subtle spasms that were most likely the result of my straining to resist rolling my eyes. I wondered if Chris could perceive the twitch; if he’d somehow determine its cause, thus rendering my efforts useless. He can’t see inside your head, I reassured myself.

I brushed off my concern that he could read my facial gesticulations and continued to nod as I listened to my friend’s saga. Chris had been at a party, where he’d reconnected with an old flame. He and the woman left the party together and went back to Chris’s apartment, where they talked into the wee hours of the morning before sharing a “transcendent” — his word — hour of making out until finally, she tore herself away from him because she had to get home to her husband.

“I think she feels the same way,” Chris said. “She told me her husband didn’t even get her flowers on Valentine’s Day.”

“So? David didn’t get me flowers either; the Valentine’s Day markups are insane,” I said. “Is it at all possible that you’re looking for ways to vilify the guy because that would somehow make kissing his wife an acceptable thing to do?”

“Yeah, maybe,” Chris said. He dropped his head into his hands and we sat in silence for a moment.

When he lifted his head, there was a determined look in his eyes, and he launched into a rant of rationalization. As Chris spewed out his reasons for why he’d had no choice but to bring the girl home after the party, I skimmed his words with my ears, collecting only significant bits, the ones that told me what he was really saying, while letting the rest blur into obscurity. “It felt natural…we’re connected…she’s my soul mate,” all boiled down to the underlying truth, which was, “I wanted to.”

“So,” I finally cut in, “She’s going to leave her husband and you’ll move in together and live happily ever after?”

Chris sighed. “She says she can’t do that right now.”

But it wasn’t, at least not according to Chris. Thus began an exercise in self-justification for which my friend, in need of more than mere mortal grounds, summoned the supernatural. Apparently, all of the stars in the sky and stones in the earth had aligned to reveal specific signs — directed solely at just two of the seven billion people on this planet — that clearly communicated to these two people that they are, in fact, destined to be together.

For example, when Chris and his soon-to-be-smoocher were leaving the party, a streetlight went out in the exact moment they were under it. Chris assumed this had to do with the “intense energy” the two of them were putting out. Later, when I relayed this bit to David, my beloved skeptic, he chuffed and said, “People walk under thousands of streetlights that don’t burn out. They only happen to notice it when they are beneath one that does.”

My father would call it “synchronicity.” The word is meant to refer to coincidences that seem related, but Dad uses it to point out things he believes to be connected for sure, because, as he would say, “there’s no such thing as coincidence.” I call it “serendipity,” as in a happenstance that was unexpected but favorable. I think things happen, and when they do, we are either happy about it or not. My father believes things are “meant” to happen; that desire is enough to manifest the tangible. As I listened to Chris’s elaborate interpretations of all the “signs” that directed him further down the road toward adultery, it occurred to me that, in a way, my father was right. Desire is enough to conjure fantasy into reality. Not because of magic, but because we see what we want to see.

As Chris explained the significance of a pendant the woman had been wearing that night, I silently reflected on a recent article I’d read about confirmation bias. “It was green malachite,” he said. “I looked it up the next day and learned that if you’re attracted to green malachite, you’re about to go through a major life transformation.” Again, my eye twitched.

Chris had researched not only the woman’s horoscope but also her husband’s. As I expected, he deduced from his findings that, based on the times they were born, he and the woman were much more compatible than she and her husband. Chris knew how I felt about things like horoscopes, but for the sake of listening with an open mind, I refrained from reminding him that I question the reasoning of people who assign any merit to horoscopes. My opinion of pseudoscience wasn’t going to help us in solving my friend’s relationship crisis.

I was not without sympathy. There was a time when I, too, used to look for signs. I once convinced myself that seeing a spectrum reflected on the bottom of the pool meant my dog could read my mind. But I stopped looking for signs when I realized that all I was doing was grasping at the air for reassurance to validate my choices and beliefs. Signs didn’t change anything in the real world — they only made me feel better about my thoughts and actions. No amount of green malachite was going to render my friend’s love interest unmarried.

“So, what do you think?” Chris asked after he’d finished relaying all the signs, of which there were about half a dozen.

“I think you’re interested in a person who is already in a relationship,” I said. “And the biggest sign I see is the billowing, bright red flag that is her unwillingness to get a divorce. That sign trumps all others, and it’s clearly telling you that you need to move on.”