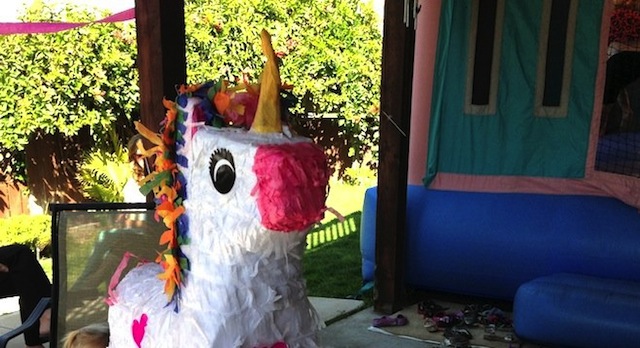 My sisters and I stared at the illustrations on the side of the box, and passed the deceptively light metal tank around as we each took our turn trying to make it work. “Careful, it might explode,” Mom said from across the room.

“It’s helium, not gas,” I retorted. “Wait… helium is gas. But it’s not explosive, is it? No, they wouldn’t just sell it like that if it was dangerous. Would they?”

“Don’t turn that, there isn’t a balloon attached yet,” Jane said.

“No, no, no, look.” I held up the box and pointed to the first of what were only three illustrations. So much for universal language, I thought. It had taken way too long to decipher the three images. “The first one is ‘turn the valve.’ The second is ‘put the balloon on,’ and then, look, you push the nozzle down. I don’t know why they don’t just say that, but I’m pretty sure that’s what those pictures mean. I don’t think turning the valve will release any helium unless you’re pushing the nozzle.”

Jane and Heather were drawn away by the sound of a shrieking child, leaving Jenny and me to make balloons happen before the guests began to arrive. I pride myself on being the “jar-opener” of the family, but even I couldn’t get that valve to budge. Jenny disappeared for a moment and returned with a pair of pliers that got the job done. Just then, Brad came bounding down the stairs and assumed a hero’s stance. “I heard commotion that sounded like women trouble,” he said.

Jenny smirked at her husband and reported, with pride, “There was, but we solved it ourselves.” 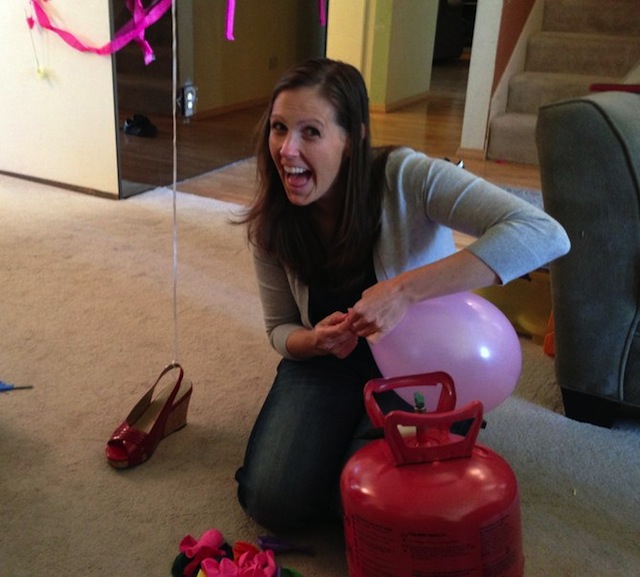 Usually, I recoil at the mention of gender stereotypes. In my house, it’s the man who does the cooking and cleaning; I have female friends who are adept at building machinery, and I have male friends who can sew a perfect stitch. But despite my liberal leanings and real-world knowledge, I am not without a few “traditionally female” sensibilities.

As with any couple – be they gay, straight, or transgender – each partner has strengths and weaknesses, and presumably contributes to the household in the capacity of their strengths. Like me, David isn’t immune to inadvertently assuming a few classic gender roles. Despite his apparent docility, when it comes to party tricks, he’s the first in line to rip a phone book in half. It just so happens that I’m a woman whose disinterests include bugs, car engines, and sports, and David is a man whose disinterests include pedicures, unicorns, and other people’s business.

Once Brad left (to play sports with his fellow CHP officers), the house was manless – Sean, David, Simon, and Dad were otherwise occupied and unable to attend my niece Olivia’s 6th birthday party. At first, it was great to get some time with my family. Then the guests arrived – 22 children, with their parents in tow. It took me a few minutes to realize the parents weren’t leaving.

“Is this a thing?” I asked Heather.

She nodded. “At this age, the kids are all too young to be just dropped off,” she explained.

“So Jane doesn’t only have to host a party for 20+ screaming children, she’s also got to entertain their parents, whether or not they’re her friends? I love her to death, but I came here to catch up with you guys, not make small talk with a bunch of randoms I’m never gonna see again. Is there booze?”

“I brought a bottle of wine, but it’s just for you and me,” Heather said. We conspired to keep our glasses out of sight, so as not to give false hope to any grown-ups who might spy our drinks and get it into their heads that we were the sharing type.

For a good hour, I managed to avoid blathering with parents. They stood haphazardly around the backyard, their eyes passive and worn, as their children bounced in an oversized inflated princess castle. I stayed inside, chatting with my mother and her lifelong friend Lynda. But after an hour, and in accordance with Jane’s tight birthday party schedule, it was piñata time. I had a vested interest in piñata time – not only had I assisted in choosing the colorful, sacrificial unicorn, I had kept myself entertained earlier by filling its soon-to-be-pummeled carcass with one piece of candy at a time.

There was just one snag – none of us had ever hung a piñata. As my sisters argued over who had last seen the rope, I marveled at how, with all our preparations and plans for the piñata, we’d never considered how to hang the damn thing. Eventually, Heather found fishing line that she tied in a knot, and hung on an old rusted plant hook. Three whacks in, the knot came loose, and we were back to square one.

Then Heather found a mop handle (apparently, Mom had unscrewed an old head and hadn’t gotten around to putting the new one on yet) and hung the unicorn at one end. With the gallantry of King Arthur himself, Heather held the handle up high enough so that the unicorn would dangle just above kid-height, positioned her body as far away from the target as possible, and gave the go-ahead for Jane to release the next blindfolded, stick-wielding child.

Fortunately for Heather, it wasn’t long before one of the kids struck a fatal blow, severing the unicorn’s head from its body. Like locusts, the children descended upon the felled mythical creature and scrambled to collect its sweet entrails. Having already pursed my candy selection, I slowly backed my way into the house, and to the corner where I had stashed my wine glass.

Heather joined me soon after. She rubbed her arm – it had grown sore from cantilevering the piñata. “So what’s Sean doing today, anyway? Why isn’t he here?” I asked.