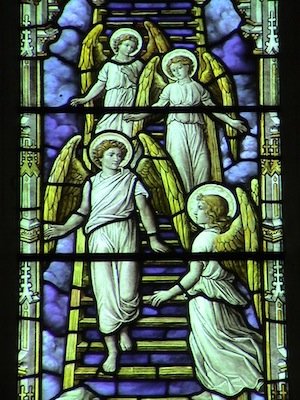 According to all the billboards around San Diego, the rapture is coming, and it’ll be here this Saturday. Obviously, there is much preparation to be done. On the actual day of judgment, I’ll be attending an “End of the World Potluck,” which of course is competitive. The categories include: Most Apocalyptic, Most Rapture-Worthy, Biggest Sinner, and the David Fokos Final Bite Award. David, who has won every previous food competition, will not only be competing (his dish will fall into the Biggest Sinner category, but I can’t divulge what he’s cooking just yet), but he also gets to choose who will win his namesake award.

I plan to binge until I vomit, maybe kill a few people and take the Lord’s name in vain, and then, at the last minute, surrender myself to Jesus and ascend with the rest of the believers. But my friends have other plans. Some are attending a popular event on Facebook, called Post Rapture Looting. Others have conspired to collect clothes and leave piles of outfits all around town on the 22nd, to freak out the believers who weren’t snapped up with the souls of whoever left those piles of clothes.

I wonder how quickly the organizations who posted those billboards will race to take them down on Sunday. Will they risk missing church to remove evidence of their prediction gaff? This remains to be seen. I’m thinking of scouting out the billboard on Adams Avenue overnight, after the potluck party, to see firsthand how the cry-wolfers deal with this one.