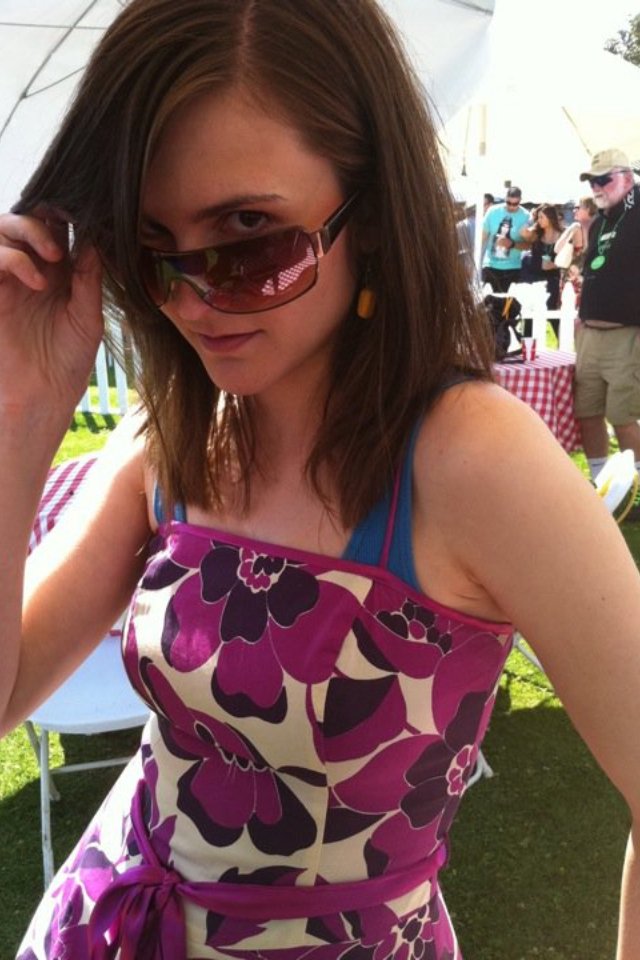 This is the actual pic I uploaded.

People should know better than to leave their iPhones unattended. Whenever I’m on Facebook and see that my sister Jenny’s status contains abnormally worshipful comments about her husband, I know that Brad got a hold of her phone. She’s usually quick to catch it, which is why I’m surprised she left her phone on the table when she went to the restroom during our brother-in-law Sean’s birthday dinner at a restaurant. In the three or so minutes Jenny was away, I updated her status to say, “Sometimes I wish I could be more like Jane,” and then posted a picture of our sister Jane and me making crazy faces with the caption, “We rock!”

With all the App buttons on the iPhone, it’s easy to access someone’s Facebook, Twitter, and any other accounts they have loaded on there. When your phone is iJacked, it’s your fault. The punishment for letting your guard down is graciously accepting your defeat, and leaving the posts where they are, for all your friends to see and comment on. This is why I was disappointed to arrive home from the Oysterfest last weekend to find that my latest conquest had deleted all of my posts. She asked me to watch her phone while she went to use the porta-potty. It was an oyster and beer fest, and it seemed like she’d had more of the latter. I quickly blasted out two updates: “I’m so drunk right now,” and “I just want to take this dress off.” After that, I uploaded a sexy picture of my friend with the caption, “I’m really into this girl right now.”

How could she take them down? Only thing I can think of, is that either she has no sense of humor, or there was too much truth to one of those three statements. Or maybe she got smart and realized it’s no fun for people to iJack someone who’s just going to erase the evidence. Still, for however many minutes my posts were live, I was victorious.