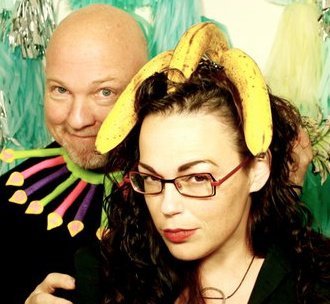 It seemed like an innocuous deed, posting a link to my friend’s video on my Facebook wall. Nice, even. I’d go so far as to say it was the opposite of reprehensible. The link was accompanied by a comment: “My friends in Boston take inner city kids scuba diving!”

I’d watched the video before posting it. Paul has been refining his film skills, so I was just as curious to see his shots and edits as I was to learn about his cause. He and his newlywed, Sarah, are diving enthusiasts; they are also dive instructors. As I learned from Paul’s narration in the video, and later from checking out the organization’s web site, a program called Dive Kulture “offers scuba certification together with jobs in the environmental industry,” particularly to “at risk” kids. Organizers describe it as “therapeutic outreach to youth and their families by trained clinicians.”

Okay, cool. My friends had a chosen philanthropy. Watch the video, learn a bit about their cause, comment, post it on my wall so as to share it passively, done. Granted, I have more “friends” online than those I know in person, but I thought it was safe to assume that everyone who requests or accepts my Facebook friendship falls into what those in the military call “friendlies” — sympathetic, on my side, all that good stuff. Facebook isn’t like other sites, where trolls can pick fights anonymously. Transparency tends to mellow people out; it makes them more civil, especially when they’re on your list of “friends.”

So, I was staggered when two guys on Facebook took offense to this video I posted. These dudes I’d never met interpreted my sharing my friends’ charitableness to be, as one guy put it, “Retarded rich girl talk.” Apparently I’d missed the tweet about trolls coming out from under the bridge.

“Teach them to read, write, and speak the opportunities in scuba diving are minimal, to help ‘at risk kids,’” he went on to say. The other guy wrote, “Teach, mentor and encourage instead of playing at the beach!” The first one shot back, “It’s a very pricey hobby. Why not hiking or something?”

Okay, I thought, I get it. The economy sucks, people are disgruntled, and they’re looking to take shots at anyone they perceive to be among the modern aristocracy. The new retro rage is the French Revolution, and maybe it looked like I was waving a piece of cake before a starving horde. I didn’t think so, but people, including my “friends” (in person or not) are entitled to their opinions.

I decided to bring them back around to the intended spirit of my post. “Did you guys watch the video?” I wrote. “Part of helping these kids obtain their certificates is to give them a sense of accomplishment and self-esteem. That goes a long way for them and helps them become active members in their communities.” I didn’t feel the need to mention the part about jobs offered in the field, or the five years of continued support the kids receive from their mentors. I figured this would clear things up and mollify the class-war indignation being directed my way.

I was wrong. “This smacks of more trickle down B.S.,” wrote one. “If you work hard enough you’ll be able to afford to party like us, more American dream nonsense. Take the Rwandans to Chuck E. Cheese.” Incited by my comment, he continued a rant that spanned several comments posts. “Teach the inner city kids to grow sustainable crops and install solar power in their homes and this wouldn’t be a liberal’s wet dream puff piece… Hopeless, the world is not in their reach, take a sociology class… Inculcating the desire to do wealthy hobbies is not helping anyone,” and so on.

I began to wonder, Who the hell is this guy and why is he in my network of “friends?” Others began chiming in, asking him to calm down, but this seemed to further fuel his fire and brimstone. Again, I tried to manage the situation. In a comment I said my Facebook wall was not a place for other people’s rants. “Please respect that and desist, I think you’ve made your point, and I respect your opinion.” After which he accused me of not being “democratic.”

“No, my Facebook page is my own little totalitarian regime,” I responded. “No democracy here. People don’t get to vote on what I post, or who I block.”

In the end, I didn’t get a chance to block him. After his last post, the tenor of which veered sharply from commenting on the societal zeitgeist to attacking me personally, his profile disappeared. The only thing that remains are his comments, along with his name, and the ghostly silhouette where a Facebook profile picture would go.

People like an audience, and a media whore like me can totally appreciate that. But it’s called “social networking.” You don’t make friends by showing up at their house and smearing your shit all over their wall.