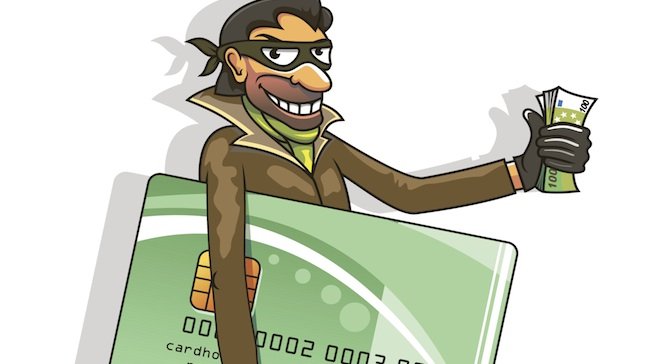 I sifted through the messy pile of papers on my desk, growing more agitated by the moment. “I know I wrote down the confirmation number,” I said to David, who was standing beside me, waiting. “Why the fuck don’t we have, like, one place where we keep all of our important information?” I growled as I reached the bottom without finding what I was looking for.

“That payment should have covered both of us,” David said. “But they keep emailing me that I’m going to miss my due date, and I can’t even log on to the website because they don’t recognize me as a subscriber.”

“Yeah, I know.” I shoved the stack of papers in frustration and didn’t bother to pick up the pages that fell to the floor. “You know what? Forget this. I paid with a card — I can use that for reference. But, ugh, I don’t know which one I used. Guess I’ll have to check all my statements.”

The whole business of changing our medical insurance hadn’t been remotely complicated. After comparing plans on Covered California’s easy-to-navigate website, we filled out a simple form online and sent a payment. Thanks to the Affordable Care Act (aka ObamaCare), David and I were about to start paying half as much for a substantially better plan. The problem was that the deadline for coverage had arrived and we had yet to receive any kind of confirmation from Blue Shield that they’d processed our payment.

We set up our laptops and papers on the dining table. I went online to check my bank account because it was most likely that I’d used my debit card. “What the…” One of my pending transactions was for an astronomical transaction in the amount of $1848.73. “Did you just use my card for a major purchase?” I asked David.

“Right, that’s what I thought,” I said. “Also, looks like the purchase was made at Bestbuy.com. We’ve never ordered from that site.”

For a moment, I considered the possibility that I had forgotten buying something expensive in the past two days. But then I remembered whenever I spend more than $500, I always put it on a credit card, never my bank card. I use the cash flow for paying bills, not for buying stuff. That could mean only one thing. “I can’t believe this. I’m starting to freak out, Beh-Beh. My card is right here. Someone must have gotten the number and is now draining my freaking bank account.”

I held my breath as I scanned the rest of my transactions, fearing how many fraudulent ones I might find. But I only detected one more, made a few weeks before. “They ordered Domino’s in Desert Hot Springs the day after Christmas,” I reported to David. “And they ordered a lot — $66.54. Who does that? Aren’t they worried about getting caught? Won’t there be an address on record? Like, where they delivered the pizza, where they delivered whatever the hell they bought at Best Buy? Argh. Now I guess I have to deal with this before I call Blue Shield.”

I don’t trust people as it is. So, when stuff like this happens, it shakes to the core what little confidence I have in humanity. While I waited on hold to speak to a representative at my bank, I thought of all the possible suspects. Was it that shifty-eyed receptionist who’d processed my payment at the spa? Someone running the bill at one of the restaurants I’d dined at when I visited Palm Springs back in October? Why did they wait ten days between ordering pizza and going balls out with a huge purchase? Probably to test me, I thought. To see how closely I monitored my account. So if I didn’t catch a pizza order in another city over the holidays, then chances are I wouldn’t notice a few thousand dollars gone missing? It killed me that I couldn’t make sense of it all.

“Wouldn’t they need my billing address to order something online?” I asked David. Before he had a chance to answer, I added, “And those three numbers on the back of my card?” Suddenly, I was aware of how often and easily I share my card number in everyday life, never expecting that someone else might use it, even though that’s apparently a super easy thing to do. This was the second time this had happened to me.

A few years ago, two days after hiring movers to help us into our new apartment, a credit-card fraud-detection bot notified me of several small, out-of-character purchases, most of them at pet stores. Because the only other people to have access to that particular card number in months were the movers, I could only surmise that one of them was the culprit. And that he had a pet.

“Now that I think about it, it’s amazing that this doesn’t happen more often,” I said. “Can’t anybody just use any old card number to buy things online?”

I worked at a call center years ago, where we processed catalog sales for dozens of companies. I remembered how one guy had been fired after it was discovered he was copying card numbers that were given to him over the phone. It had gone on for a long time before they caught him, but once they knew to look, he made it easy enough — he’d been sending the things he bought with stolen card numbers to his home address.

I spoke with my bank, made a claim, got my card canceled, and was told another one would be sent to me. When I ended the call, I said, “How can we ever hand our card to someone in a restaurant again? Or at the spa? Or give it over the phone?”

David looked up from his laptop. “The vast majority of people are decent, honest, hardworking folks,” he said. “Honest to the point that they are more likely to return your wallet if they were to find it on the ground than joy ride with your money. So, you either place your bet on the inherent goodness of your fellow citizens or you start hoarding guns and building your survival shelter. The choice is yours.”

I stared at him blankly for a moment and then, with a smirk on my face, said, “How much are guns these days?”