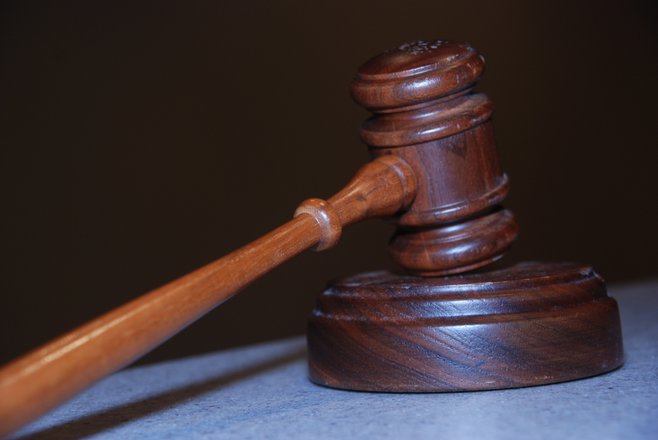 “Wow. Shit just got real,” I said. “What do you mean you don’t know what to do? You have to. Not just because they could subpoena you or whatever, but because it’s the right thing to do. Jane, this guy is crazy. And he’s a serious danger — that’s why he’s in jail. Plus, he’s refusing any treatment that would make him less crazy. It’s your duty to help out the prosecution and put him away for a little while. Maybe he’ll be sentenced to treatment.”

“I know. God, I know. But Mom said I’m putting myself and my kids in danger. That he’ll get out and come after us.”

“She’s wrong – you’re saving them. And Kate and her kids, and Kate’s coworkers for Christ’s sake. What if you had never called the cops? What then? Could you have lived with yourself when people got hurt?”

“That’s another thing.” Jane’s voice dropped. I was looking out the window in my New Orleans hotel room, but could clearly see my sister’s face in my mind’s eye, drawn and forlorn with the emotional burden that comes with being the whistle-blower. “They’re going to play the tape in court, and I’ll have to listen to it. The things I said…”

“Yeah, but I’m the one who said all those things – I called him a crazy Born Again, I said he hadn’t worked in years, that he’d gained weight. I was crying. I’m going to have to sit there and listen to it, and he’s going to hear it. Kate’s going to hear it–”

“It’s not like it isn’t all true,” I said. There was silence on the phone as Jane and I thought our own thoughts. Eventually, I asked the question whose answer I sensed my sister was contemplating: “How long ago was that?”

“Two years ago was when we made the call. He’s been in jail for eight months.”

“I’ll go with you,” I said. “Moral support. I’m only in New Orleans for another two days. Just let me know when, and I’ll clear my calendar.

“It was supposed to be next week. Rick wanted to represent himself, and he passed the evaluation, but when he got in front of the judge on the first day of the trial, he started talking crazy, so the judge halted the trial and ordered another competency hearing. But he’s smart, he’ll pass it, and then he’ll just go in and talk crazy again. Who knows when the actual date will be. Sometime in mid-January, they guess.” We laughed nervously.

“Paranoid schizophrenic” was the term one psychologist had used to describe Rick, following his arrest. He was given probation but then got busted for violating the terms of his release. For shirking his restrictions, Rick was sent to jail, where he’s been waiting to stand trial for two felony counts of criminal threat.

Two years ago, Rick began saying that corporations were the evil of America, and that he’d never wear a suit or work for The Man, and he didn’t like that Kate, his wife, worked at an office. According to my sister, his rants had been increasing in both frequency and pitch, until he told Kate one weekday morning, in a fit of psychotic rage, that she should warn the security guard at her office, that he was buying a gun. It would be easy to dismiss such a claim as an empty threat… had he not gone to a store that very day to buy a gun.

Jane learned of the threat, and the purchase of the gun, via phone calls and texts from Kate. Because she had once purchased a gun for her husband’s birthday, Jane knew about California’s 10-day waiting period. Thankfully, Rick had not yet received his firearm when Jane arrived at my place that day.

Jane agonized over whether or not to call the police. “He could have just been saying it.” Jane, he bought a gun. “He might not really want to use it.” Doesn’t matter, he said it, and then he acted on his words. “Kate will hate me.” Wouldn’t you rather her alive and able to?

In the end, I dialed the non-emergency number for the police department and handed her the receiver. When the phone was answered, Jane began crying hysterically and I took it from her hands. In an even voice (at least that’s how I remember it, I guess I’ll find out just how even it was when I hear that tape), I explained the situation. I gave Kate’s name, her company name, and what I knew.

Perhaps because she’d collected herself enough to speak, or maybe because she sensed she was missing out, Jane was quick to recover and take back the phone. That’s when she let it all out – her fears, the texts, the threats, every detail she could think of, anything that could help them stop Rick from ever receiving that gun.

In the following months, as Rick’s speech and behavior grew more erratic, as Jane watched her best friend’s life fall apart, my sister regretted ever having made the call. But it was Kate who reported Rick when he broke his probation. It was Kate who mustered the courage to tell the judge the truth — that yes, she had feared for her life, and her children’s lives, and her coworkers’ lives – even though she was racked with guilt for separating her kids from their father.

“You did the right thing,” I reminded Jane, as I scanned the street below for the discarded beads that litter most of New Orleans. “And you’ll continue to do the right thing. Kate’s way better off without a severely unstable, potentially violent husband hunting ‘bad guys.’ When you go in, all you have to do is tell the truth. No one’s going to be mad at you for that. Well, Rick might be, but who cares what he thinks – dude’s crazy.”