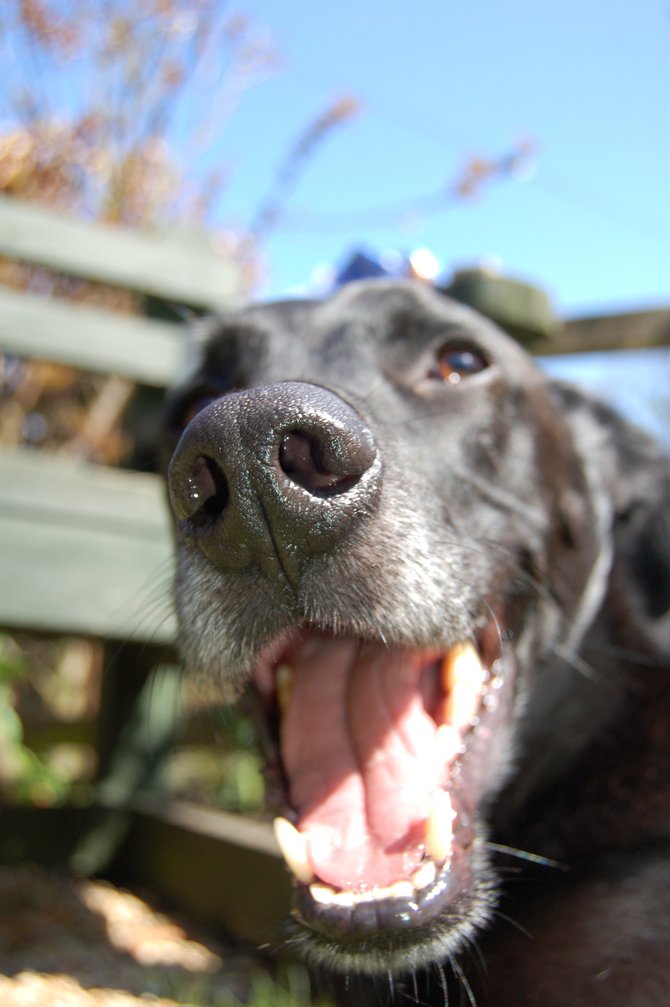 I’ve always assumed that dogs only mounted stuffed animals, people, or other dogs when they were “in the mood.” But, thanks to my friend Andy and his pal Ricky (who ceaselessly humps our friend Claire), I’ve learned that isn’t the case.

At first I thought it was because Claire has a female dog and Ricky, being male, wanted to somehow acquaint himself with the lady he smelled on her. But after a little research, along with Andy’s claim that Ricky often demonstrates this behavior, most often with males, many of whom don’t own lovely lady dogs, I learned that mating is the last thing on the mutt’s mind when he’s mounting.

According to all of the experts on veterinary web sites, “humping” is an instinctive dog behavior when it comes to asserting dominance. It can also be an expression of anxiety (that’s probably why you always see those stressed-out little yappy dogs humping slippers). In the adorable, and usually lax but energetic pup Ricky, I think it falls under the third category vets gave – obsessive compulsive behavior brought on by either of the previous two, and impossible to stop.

It’s strange that he seems most obsessed with Claire, though. I can only imagine that she’s the one person in the room Ricky thinks he has a chance of dominating. Either that, or he just loves the sound of her laugh so much that he’ll do anything to get it, over and over… and over.