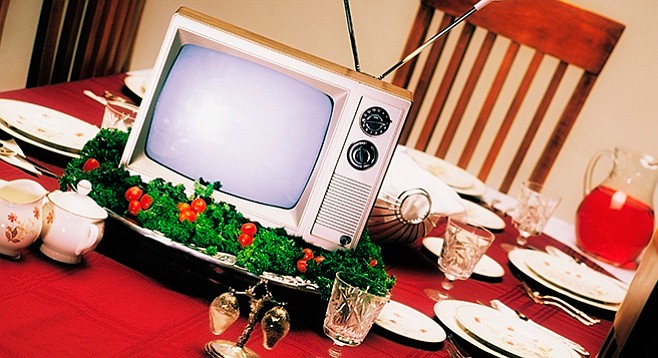 The people were new, but the dance was familiar. It was the same sort of structured dinner party freestyle where most of the people know only the host but not each other. Guests begin with showy steps, flourishes of movement, as each is given a brief moment at center stage, prompted by the question, “So what do you do?”

To the agreeable rhythm of attentive silence, the one in the spotlight starts to prance. The goal is to convey a list of accomplishments without being overtly ostentatious, to pirouette around each point in such a way as to leave no room for accusations of boasting. It’s important to end on a well-choreographed pose, one that does not demand, but invites follow-up questions.

One robustly bearded guy revealed himself to be especially smooth, leaving the rest to wish we had spent more time rehearsing our own moves. He began with a basic step, “I film things,” then built to a massive and impressive jump and spin, “Some of my stuff involved a few Super Bowl commercials” and wrapped up with a simple ball change into a humble lock-step, “I’m pretty much just a camera jockey, a kid who gets to play with toys. Want me to refill that drink for you?”

He was swiftly bombarded with questions. Did he direct as well? Which commercials were his? He casually tossed out a few major brand names and then said, “You might have seen the one with —”

Despite the eager ears all around, he didn’t get to finish this line, as someone else had cut in to adjust the spotlight in her direction. All heads turned toward the girl. She was a garden-variety SoCal kid, aged 18 to 25, slight of frame and stature, with long, straight blond hair and a nondescript face. “I don’t own a TV,” she said, causing a collective sigh to ripple around the room.

Fifteen years ago, this phrase meant one of two things: either one couldn’t afford the appliance or one could but snorted with derision at the concept of passive entertainment. It was safe to assume that anyone quick to volunteer his status as a TV-free person fell squarely in the latter camp. But that was 15 years ago. With current technology, the old implications of “not owning a TV” are as obsolete as VHS tapes, and this girl was raised in a post-DVD world.

“You have a computer?” I asked her.

“Right. Ever watch a video on your laptop or phone?”

“Yes, I just don’t watch things like that,” she said, leaving me to wonder if kitten videos fell into the same category.

I’ve never seen that Kardashian show, and yet I’m aware it exists. This is because I occasionally read the news and have an active Twitter account. When someone brings up a show I don’t watch or an activity in which I don’t partake, my usual response is, “No, I didn’t see that,” or, “I’m not familiar with that,” after which the conversation steers toward a more relatable topic. I was curious as to why this girl felt it was important to establish herself as a “person who does not watch things.” The insinuation being, “Not watching things makes me better than the people who do watch things.” All of which was, unintended or not, an insult to the man who just expressed that he makes things for people to watch.

The guy with the beard took our exchange as an opportunity to further demonstrate his grace. “So, tell us about you,” he said to the girl, politely indicating it would be nice if she talked about what she did, rather than what she did not. The girl said that she grew up in a quaint beach town and earned her degree a few years ago, after which she traveled abroad, mostly in Europe. I presumed it was during this time that she picked up that pesky superiority complex, like someone returning home from France sporting a beret.

When she finished her two-step, the rest of us couldn’t help but empathize. As much as I wanted to dismiss this young one for what I’d perceived as an attempt to boost her self-esteem by diminishing the bearded guy’s work, I remembered what it felt like to be the youngest and least successful person in the room. I still feel that way in my book club, which is populated with hyper-educated older women who tend to read books in more than one language just to see how the translations stand up. Through a certain lens, this girl, my junior, was already more accomplished than I because she had a degree.

I told myself there was a chance my assumptions were wrong. Maybe she simply thought the beret looked good. The rest of us had sighed because we’d heard it before. For us, the phrase held cultural significance, and those who spoke it fit a certain stereotype. This TV-deficient girl would have just been starting high school when the Stuff White People Like blog was making the rounds, number 28 of which is “Not Having a TV,” a post that begins, “The number-one reason why white people like not having a TV is so that they can tell you that they don’t have a TV.”

I didn’t know this girl well enough to start offering unsolicited advice. If I did, what I would have said is that a good rule of thumb at dinner parties is to avoid “don’ts” altogether. “Don’ts” lead to dead ends. “I don’t eat meat, I don’t drink, I don’t smoke, I don’t watch TV, I don’t listen to country music, I don’t kill people.” Our identities aren’t defined by all the things we don’t do. Instead, focus on the “dos.” And if you have nothing to add, try to appreciate the show. And always trust that soon enough, it’ll be your turn to dance.