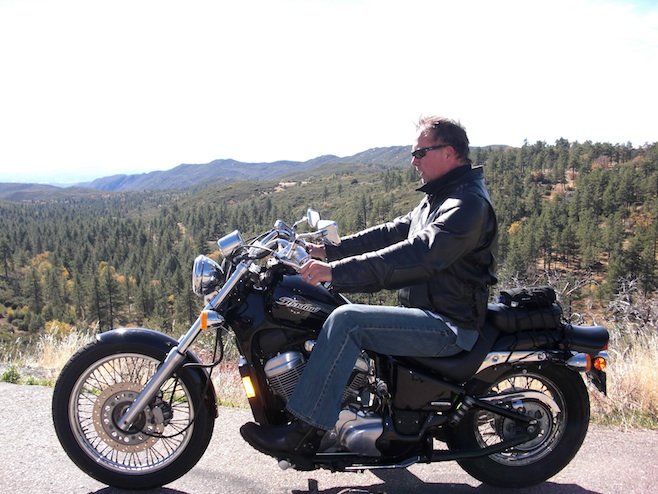 Kevin looked more confused than surprised when he found me on his doorstep. “Are you C.C.’s chauffer?” He gestured at my father, who was standing behind me. Though I had indeed done the driving, it wasn’t because Dad was unable – now that he had graduated to over-the-counter painkillers, the old man was capable of driving himself.

“Nope, I’m here for the book club!” After a moment of awkwardness, during which Kevin’s head swiveled quickly toward the set dining table and back to the door, I added, “Nancy asked me to come; she told me she notified Tim. Look, I read it.” I brandished my paperback copy of the novel, and told Kevin the story that had inspired Nancy to insist I join the discussion that evening.

I was driving my father home from the hospital. He was in a wretched daze brought on by trauma from a surgery-gone-wrong, a cruel assortment of pain, and narcotics. I was catching my seventh wind after 35 hours awake — slaphappy from the combined exhaustion of traveling and my excitement to see my father alive, I was rambling like a waitress on speed: “I’m reading this book right now, you’d love it, it’s about this Irish family, and it totally reminds me of your family, especially some of the quippy insults, and it’s written by an Irishwoman, but it’s also sort of a murder mystery, but it’s not even the mystery part that’s cool, it’s just so well-written, and I just know you’d love it; I bought it, so you can borrow it when I’m done, but you really have to read it.”

Dad strained to turn his head fully toward me. Through the murk that enshrouded him, he found a way to end my prattling. “I can’t think about reading anything else right now, I’ve got to finish a book for my club this month, and I haven’t even started it.”

Shortly after we arrived at his apartment, Dad was attempting to situate himself as comfortably as possible in his recliner when I jerked him out of his fog once again by shouting, “That’s it! That’s the book I was telling you about!” It turned out the book I’d been raving about in the car — the latest tale by Tana French — was the very same book Dad had on loan from the library to read for his book club. Because the club is comprised of Kevin’s congregation in a church that believes in things like Fate, it didn’t surprise me when Nancy, upon hearing the story, concluded that I must attend the next meeting.

After a healthy and delicious dinner prepared by Kevin’s husband, Tim, and a lively, provocative discussion about the book, Kevin, a.k.a. “Rev Kev,” volunteered some information about his relationship with me to his friend Kate: “You know, I’ve known Barb since she was 19. We used to work together. I was her supervisor.”

“It’s true,” I said, in answer to Kate’s disbelieving expression. “Before he was a reverend, he was my boss.”

“Nineteen,” Kevin said, shaking his head. “Isn’t it weird how things come together?” I nodded. “Everyone loved Barb,” Kevin said to Kate. I feigned humility, and even offered up a small protest before I agreed that, “Yeah, I was pretty likeable.”

“Remember when they found that baggy of cocaine in the Quality Assurance department and everyone thought it was mine?” I looked at my dad when I said, “That was before I’d ever tried the, before I moved to Hollywood.” Kevin didn’t seem to remember. “Well, they called me in, told me they found it, and that their evidence for thinking it was mine was, and I quote, ‘You always seem so happy.’”

I turned to Kate now as I explained, “See, I was a trainer, and Kevin was the training manager in the call center. Because some of my training classes went as late as 11 p.m., I would down a Mountain Dew and two Excedrin beforehand to give me energy.”

“It’s true. On your first day, I took bets in the office for how long you’d last there.”

“But then you liked me.”

“Again, it’s true. I liked you even though you tortured me.” I told Kate how Kevin used to send me emails with clip-art images of cats (crude pre-LOLcats silhouettes) along with a message: “Die, Ralph, die.” Ralph was the name of my pet rat at the time.

“Your man of God here,” I said to Kate, “Your channel to the Universe wanted one of God’s creatures, my beloved companion, to die.” Kevin laughed. “I used to ask him what his boss in the sky would think of his little death wishes.” I looked at Kevin. “Did you ever think, back then, that this smart-mouthed teenager would end up at your house years later in a book club? Isn’t it crazy?”

Kevin and I stood across from each other, shaking our heads in amused disbelief at how our lives had interwoven since we first met. First he was my boss, and then, without any involvement on my behalf, he became my father’s minister and motorcycle riding buddy. There was nothing we could say that could describe the awe in the air between us. A preacher and a writer, each at a rare loss for words, marveling in silence at who we’d been, who we were now, and everything in between.