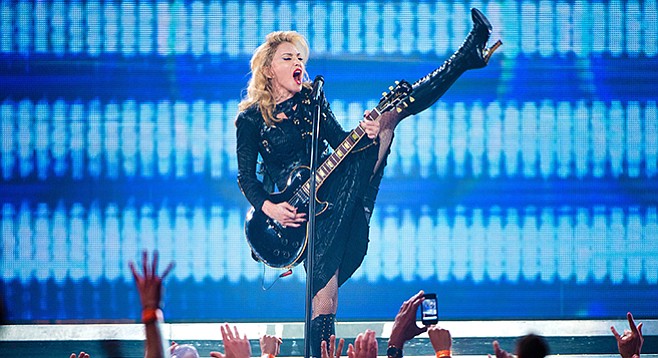 The women were gathered around a table. Their hands remained at their sides while their eyes indulged in lingering gazes at the arrangement of appetizers: cheeses, fruit, bread, and hot spanakopita bites, whose consistency of form broadcast their frozen origin. Eventually, one of the women — young, wispy — reached down, lightly secured a sliver of red pepper, waved it over some hummus, brought it to her lips and nibbled daintily, slowly, as though it would have been crass to be seen taking too large a bite.

There was only one person at this art-related function whom I had met before, but I didn’t know her well. Not that it mattered, as she had already walked away, leaving me the task of trying to not appear awkward as I continued to stand there and appreciate the fact that I wasn’t hungry. I wasn’t in the mood to be scrutinized; the way these women watched — their eyes probing here and there, swiftly darting up and down — made me want to slink away and disappear behind the nearest tree trunk.

I gave up on plotting my escape and turned my attention back to my fellow ladies. Two of them were now discussing their workout routines. One preferred yoga, but only the sweaty kind; the other was into CrossFit. They spoke about toning and looking good in their swimsuits, an ongoing concern, especially with this endless summer San Diego seems to be having.

At the mention of swimsuits, a third woman joined the fray. “I don’t have the same bikini body I used to have,” she said. “But you know what? I’m okay with how I look, because I’ve had children. I earned these stretch marks and sags!” The other women nodded in approval. But I disagreed.

“I don’t think you have to earn feeling fine about yourself,” I said. “It’s a decision you can make at any time. It’s ridiculous to think that we can’t be happy with ourselves unless we’ve paid some kind of price.”

The mother nodded in acquiescence. She turned the conversation to magazines and the unrealistic standard of beauty they present. We all agreed how terrible it is that companies make billions by convincing us it’s impossible for us to be really happy unless we look like a Photoshopped version of ourselves, and then hawking products purported to help us achieve such a narrow and impossible definition of beauty.

The mother cited the statistic that girls are developing eating disorders by the time they’re eight years old, and then she shared a story about her own daughter, who at four years old is already worried about her baby fat. There was much tsking and shaking of heads. “How are we supposed to instill confidence in our kids?”

I brought up the New York artist Caroline Caldwell, who is credited for a new proverb making the rounds online: “In a society that profits from self-doubt, it is a rebellious act to like yourself.”

“We’re all just a bunch of Sneetches,” I said, referring my favorite Dr. Seuss story. “Eager to spend whatever we have for a star to put on our bellies because someone told us it would make all the other Sneetches like and accept us.”

Heads were nodding, agreeable noises were being murmured, and two more women now felt comfortable enough to casually reach for a grape or a piece of cheese. The spanakopita remained untouched.

After a brief lull in the conversation, the mother brought up Madonna, because she’d recently read a news story that included pictures of the megastar musician. “She used to be so great, I absolutely loved her,” she said. “But then she got too skinny and now she looks like a freak.”

“I think she’s trying too hard to appear young,” said the oldest among us. “Why can’t she just age gracefully? It’s embarrassing, really.”

As they continued, I learned there is a “right” way to age, and that the actress Helen Mirren is a good example. As though reciting a Buzzfeed article, the women began to list all the things no self-respecting woman of a certain age should be caught dead wearing, from shades of lipstick to articles of clothing that included the short-shorts in which Madonna was spotted.

I attempted to crack a joke by saying, “Could you guys stop ‘should-ing’ all over the place? It’s beginning to smell out here,” but the one woman who seemed to hear me just stared blankly, as though considering something, before offering yet another suggestion: “UGG boots,” she said. “They’re barely passable if you’re in college, but after that, they shouldn’t exist in your closet.” It was hard to argue with that.

They began listing conditions that determined whether or not a woman should be “allowed” to wear a given item. Are her legs smooth or is there visible cellulite? Is her belly flat or is there a pooch? Are her arms muscular or flabby? How old is she, and does she really look that age? Because if she looks younger than she is, she can get away with a little more. It was fatiguing.

These were the same women who, not ten minutes earlier, bemoaned a culture that failed to instill confidence in young girls. Now they were bashing Madonna for being “too skinny” and detailing, with frightening specificity, what any given woman should be able to wear based on her physical characteristics. I wondered if it made them feel better about themselves, all this “knowing what was right and proudly abiding by those rules.”

I thought of the four-year-old who was already fussing over how she looked, and I could understand why. It’s not enough for us to tell our children that they’re okay just the way they are. If we really want the message to sink in, we need them to see that everyone else is okay just the way they are too. Instead of hearing Mommy say, “Madonna is too skinny, she looks like a freak,” imagine if that child heard, “There’s a woman doing her own thing — good for her.”