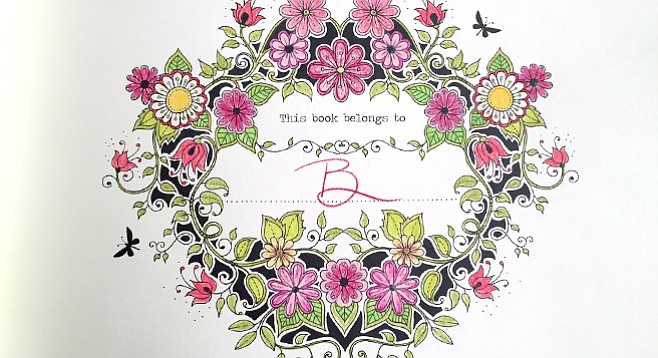 David smiled at me with fascination. “I don’t think I’ve ever seen you this excited about anything,” he said. This coming from the man who sees me perform an elaborate “happy dance” every time he whips out his giant stainless steel pot, aka the prelude to pasta.

I was about to argue with him, to begin citing all the times I get over-excited about regular stuff (such as passing a fluffy dog on the street), but then I noted the strain in my cheeks — a side effect of grinning like an idiot — and conceded. “Yeah, I guess I do feel closer to the ‘ecstatic’ side of happy.” My smile was so big I couldn’t close my lips, so I hummed through my teeth as I grabbed a knife, cut through the tape on the small cardboard box, and pulled out the brown packing paper to reveal the treasure inside. “You know, I was secretly hoping someone would get me this for my birthday,” I said.

“Oh, beh-beh, don’t worry, it’s no big deal, it’s just that sometimes people ask me for gift ideas and I never need or want anything, but the one time I actually had an answer at the ready, no one asked. But come on, it’s cheap, and it took, like, three seconds to order it from Amazon and a day to get here. And none of that matters because I’ve been wanting this for months and now I have it!” I held it up — a coloring book for adults — and smiled at David with the wide, feverish eyes of a kid taking stock of her Halloween candy hoard. “Okay, I am definitely excited. I need to start coloring now,” I said, busting out the case of Prismacolor pencils I’d ordered with the book. A doodle page out of one of my sketchbooks

For two years, I’d watched as these books repeatedly popped up in my news feeds, from stories about the healing powers of coloring, to how coloring was the new alternative to meditation, coloring as PTSD therapy, and the stress-relieving effects of coloring. These stories all seemed to justify what might otherwise have been seen as pointless but enjoyable hobby. And we can’t have that. God forbid we spend even a minute doing anything not deemed “good” for us. Even so, I wasn’t in it for the illusion of betterment. I just wanted to color. A drawing I made of a man with roses

I’ve always loved to draw. To write, color, sketch, paint — anything that involved using my hands to make shapes, images, or words appear. Every Christmas my mother bought me art supplies of one kind or another, such as journals, pens, sketchbooks, paint sets, and one special year, a drafting table. I never tried to “do anything” with my hand-made creations — my journals, my sketchbooks — I knew my talent, my skill level, was average at best. They were for me. I poured my heart into them through my hands, and put them away.

The more grown-up I got, the less I created for myself. Every few years, I dig my modest portfolio out of its home in a special cubby and leaf through it. Each sheet brings me back to the moment the sketches and scrawls were milked from my mind and put to the page. I’ll think to myself that I should take up drawing again, but it doesn’t happen. Doodling during meetings aside, it had been years since I put pen to paper for my own enjoyment. Until now.

The book I chose (Secret Garden, illustrated by Johanna Basford) was the one that started the craze. I was the second or third millionth person to buy it in the past few years. Like everyone else, I was drawn to those intricate garden scenes that were not for scribbling children, but for focused eyes and steady hands. When I opened the box of pencils and breathed in their inky woodiness, I was hit by a wave of nostalgia. All my new materials may have been “professional quality” and “intended for adults,” but when the tip of the pencil touched the page, it was childlike joy that coursed through my veins.

I spent hours hunched over the book, my face close to the page and my nostrils filled with the heady scent of cedar mixed with wax as I transformed the black-and-white pages into vividly colored scenes. Even the sound of it — the back-and-forth shh-shh-ing that was softer than a scratch but louder than a rub — created a soothing tempo that, when combined with the smell, had me transfixed.

“What happened?” Mom’s voice took on the shrill note of preparedness, the tone she used when, as a child, I would show up bloody and in need of medical attention (when a neighbor’s cat scratched off my eyelid, when another neighbor’s dog ripped open my throat, when a friend’s dog bit my lip, and that time I fell off my bike and ground my face into the asphalt).

“Nothing to worry about,” I said, to prevent her from hanging up and dialing 911. “I just messed up this whole page by blending the wrong colors together.”

My mother burst out laughing. “That’s it? You colored outside the lines or something? Honey, it’s supposed to be fun. You’re not getting graded on those.”

Mom was right, of course, but David noticed how bummed I was to have flubbed the pretty picture. The next day, another package arrived, but this time, it was David who opened it. Inside was another copy of the coloring book. He handed it to me. “That first one is just your practice one,” he said. “When you’re done practicing, you can move on to this one.”

My eyes watered with glee as I held the book to my chest. I didn’t know what to say, so I just grinned my goofy, all-teeth grin, and David nodded. “Happy birthday,” he said with a wink.