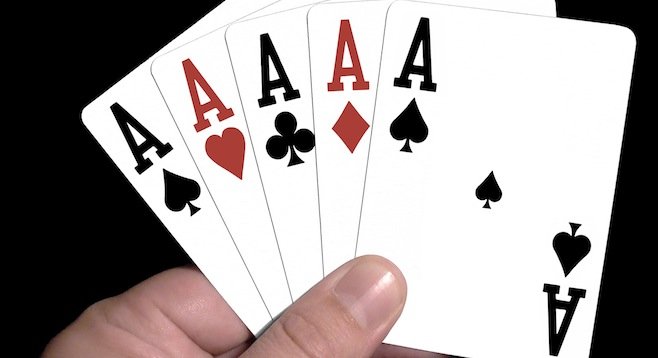 “Hey, do you know a guy named Max McEvil? He dropped your name, said he might be doing some work with you.” I raised my brows as I re-read the name, which I didn’t recognize. But that didn’t mean much — I often need at least two points of reference to place someone. The message was from someone I’d met a few years back, when we both volunteered for the same event. It went on, “I wanted to warn you to stay away from him. He is a con man, a thief, and a liar.”

I searched for the name in all of my contact lists and nothing came up. I responded, “I don’t know him. Dude’s not even my friend on Facebook, and I have around 5000 FB friends. So if he said he was doing any kind of work with me, he was lying. What did this guy do to you?”

“He stole from me,” wrote my acquaintance. “I loaned him money and then he cheated me out of commission for an event we produced. Because of my own stupidity, I’m not going to see any of my money back. So in response, I’m going to save other people from this scumbag.”

“Thanks for the heads up,” I wrote. “Especially  if he’s dropping my  name — uncool.”

While growing up, my parents drilled several recurring themes into me and my sibs: “You can’t trust anybody. Except for family, of course”; “Blood is thicker than water. Friends come and go, but your sisters will always be there”; “There’s no such thing as a free lunch. Life is not fair.” I doubt a single day went by without us hearing at least one such adage, all with the same motif: the world is out to get you, and family is your only reliable constant.

There was another lesson hidden within the “don’t trust anyone” message. And that was, if you do trust someone and get taken advantage of, it’s your own damned fault because you should have known better. To make sure we “knew better,” my father would read excerpts to us from the newspaper’s police blotter over dinner. “Girl, 16, abducted and kept in basement for three weeks…. Girl raped and killed by man hiding in the backseat of her car.” Every evening, Dad informed us of the latest and most heinous thing to happen to a girl “who wasn’t paying attention” or “who didn’t trust her gut instinct” or “who left her car doors unlocked while filling up her gas.”

Recently, Dad admitted to me, “I’d pick the most horrible ones to read, to make the impression that you’ve got to be careful.” Both Mom and Dad did their best to prepare their daughters for a world full of cheats and liars. They worked hard to protect us by teaching us to be wary of every person with whom we came into contact. And even those we didn’t.

When I was a teenager, Dad would routinely steal items from my car and on a few occasions, from my bedroom. I would freak out about my stolen belongings (a CD player, my stereo, a coin purse, etc.), and he would wait an appropriately agonizing amount of time before giving himself away with a leading question, such as, “Were your car doors unlocked?” or “Was your bedroom window open, even just a crack?” or “Did you leave it in a visible place, where someone walking by could see it?”

Just this week, four cars in my apartment complex were “rummaged through,” according to my neighbors, and one girl had hundreds of dollars stolen from her console. Instead of thinking, How terrible, these poor people…, my first thought was, That’s what you get for leaving things in your car; you might as well post an invitation on the door to take your shit. Especially the cash — I now refer to that neighbor as “the poor stupid girl.”

Once I received the warning about McEvil, I did some googling and discovered a long list of criminal, fraud, embezzlement, and harassment cases filed and won against him and came across a website that served as a forum for the victims of his seemingly endless scams. I blasted the link to the victim-created-and-maintained site to friends and colleagues and made it clear that I did not know this man named Max McEvil and that, based on my research, I would consider it a very bad idea to enter into a business relationship with him.

Within minutes, I began receiving messages from people who had recently encountered McEvil. “I knew something was up with that dude,” a female friend wrote. “He asked me if he and his brother could stay at my house one weekend, when I had literally met him in passing twice, and months beforehand!”

The next message was from a local business owner. “I had a bad feeling about this #!% from the first time I met him,” he wrote. But, despite his bad feeling, my friend had unwittingly entered into what turned out to be a scam by McEvil — he paid him a deposit for the creation of a video to promote his business and loaned him expensive equipment for the purpose of including it in the video. Now it was a month later, and my friend was still waiting.

Alerted to the likelihood that he had been scammed, my friend pestered McEvil with phone messages and texts until McEvil finally agreed on a day to deliver the property in his possession — an electric bike worth around $2000. When the day arrived, McEvil was slow to respond to my friend’s calls and texts and reluctant to commit to a specific time. Growing desperate, my friend texted, “Where are you now? I can come meet you wherever you are and pick up my electric bike.” An hour or so later, my friend received a punch in the gut when McEvil attempted to wash his hands of the issue by texting, “The bike was just stolen.”

McEvil refused to provide any insurance information or to return the deposit or to produce the video he’d supposedly been working on for a month. “He probably sold that bike the moment he left your shop,” I said, my shoulders hunching forward as I hung my head in the sad realization that my parents’ warnings of humanity’s depravity had once more been confirmed.