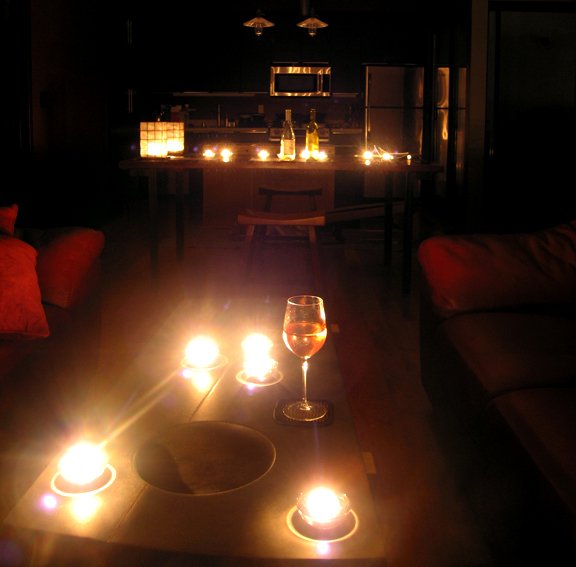 What were you doing when life as we knew it shut down and the universe was nudged off-kilter for an entire eight hours throughout the county? Around 300 people were stuck in elevators. Some were trapped on rides at Legoland. Too many were colliding with other cars at one of the hundreds of intersections with no working traffic lights. Me? I was standing at my desk, editing video footage when everything went black. Not outside, of course, the sun was still strong, and oppressive once the air conditioning cut out. I thought it was a fuse, or some electrical problem.

The first thing I did was call my property manager. She texted me back: Power’s out in all San Diego. All? Couldn’t be. So I went to Twitter on my recently charged iPhone. And, while David listened on, I recited the surprising reports that kept popping up in my feed. “Chula Vista… Orange County… Holy shit, El Centro! It’s everywhere, it’s from up north of Camp Pendleton all the way down to Ensenada. This is insane.”

It was exciting. Here we were, going about our usual day, working, hanging, surfing headlines on our favorite news sites, and then — something different. People began filing outside. Neighbors sharing stories, updates they’d gleaned from the radio or their own handheld devices, unplugged but still jacked in, all of us. I was delighted. “Surely they’ll understand why I can’t make the deadline now,” I said. “I can’t work. It’s not that I don’t want to. I can’t.” After three months of working nonstop, seven days a week, with only the odd respite for food and drink, I was forced to take a break. To do nothing. Suddenly, I was as terrified as I was excited.

I’d been meaning to take a shower all day, but had been steadfast at my computer. David found our box of candles and prepped the windowless bathroom for me. In the dim light, with the scented candles, and the warm water, I took a deep breath and let it out with a long, pleasant sigh that vibrated in my chest.

Once I was dressed, I looked around for something to do besides check my Twitter feed. “Don’t we have rose chilling in the fridge?” David nodded. “Let’s get it, and the cheese. We wouldn’t want it all to go bad,” I said. We set up a picnic. It was only 5:30, and the windows let in plenty of daylight for our table. Guilt and habit drove me to Twitter, to check in, report to David, and type my own updates. A few hours later, I watched the sunset in the northwest, while downtown, southeast of me, all those familiar lights failed to sparkle. It was surreal.

“We’ll be able to see the stars,” David said.

“Not as well as we would if we lived farther from the airport.” The lights were all on there. The LA Times tweeted that the airport had completely shut down, and dozens of people in my feed were retweeting them. I jumped into the conversation wherever it appeared to point out that “No, you’re wrong. I’m watching planes take off.”

“My dad leaves town in the morning,” I told David. “I hope this doesn’t affect his flight.” Dad was going back east, for the tenth anniversary of 9/11. “Says here they’re not expecting power to come back on until tomorrow… schools will be closed.”

David lit candles and placed them on surfaces. He opened another bottle of wine. We watched candles flicker in our neighbors’ windows. “It’s interesting to have something like this affect an entire region, something that diverts everyone from their well-worn paths,” David mused. “And it really makes you aware of your routine.”

“Someone just tweeted that the outage is forcing families to communicate,” I said.

“Right. And Brittany suggested we have a big party in the parking lot here.”

“Being derailed from our hundreds of thousands of individual ruts has thrown us all together,” I said. I took a moment to ponder my little epiphany. I looked at David over the candlelight and lifted my glass. “I like different.”