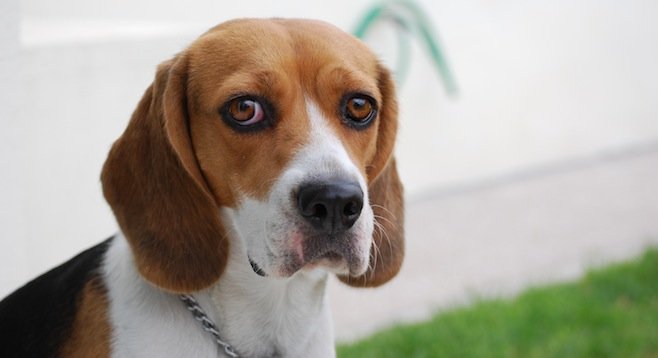 I have been suffering from what I refer to as Cause Fatigue, brought on by a barrage of missions mowing me down on the street, at the grocery store, or wherever I am via tweets, status updates, and emails.

As with most things that wear me down, my CF built up gradually. Back in December, I signed George Takei’s petition on Change.org to “allow e-readers and other safe devices to be used at all times during flights.” The “no electronics, even in airplane-mode” rule is stupid — everyone knows that reading from an e-book or playing Angry Birds is not going to crash the plane. I sneak-read from my devices during takeoffs and landings. I clicked the link to sign the petition because I fancied the idea of not having to hide my electronic dalliances.

Apparently, I must have overlooked a box that needed unchecking, because ever since I created an account (a necessary step before signing a petition), I’ve been receiving regular emails about other “campaigns for change.” There are local petitions, like the one to urge Sprouts to rehire a disabled man they fired over what the petitioner claimed was a misunderstanding; and there are national ones, such as the one calling for the Organ Procurement and Transplantation Network to change its policies to save the life of a ten-year-old girl who will die within the week unless she’s recognized as an adult.

The only problem with all those petitions is that I only have a portion of the information I need to make an informed opinion. The petitioners count on people like me to react emotionally to these outcries and only consider the complexities of the surrounding circumstances as an afterthought. But issues are rarely black-and-white. A brief search to find out more about the poor dying girl led me to this quote, attributed to an NYU bioethicist: “Acting under pressure from a media savvy family ‘or the noisiest person in line’ is bad policy.”

Pressure is needed for change, but that quote made me realize that I had been ready to grab a pitchfork and head to the hospital without knowing whether or not one girl’s survival would mean a different person’s demise. I didn’t have all the facts — I had a heartrending plea from distraught parents and the sickening awareness creeping in that there are children who die every day because of bureaucracy or limitations in resources. How many of them might have lived had there been enough noise calling attention to their plight?

Causes are like nipples — everyone seems to have at least two. The countless entreaties that appear in my daily digital feed address all kinds of problems that need solving, such as abused elders, abandoned animals, towns razed by natural disasters, global warming, heart disease, homelessness, and every kind of cancer. There’re also kids who need surgery to correct cleft lips, veterans who need help finding jobs, and natural habitats that must be preserved.

There aren’t enough hours in the day to properly research the facts surrounding every petition that pops up. After languishing in my inbox, I usually end up deleting most with barely a glance. When I consciously think about wrongdoings and suffering, the empathy becomes overwhelming; apathy is my protective mechanism.

In the midst of this recent “care crisis,” I turned to my father, who always seems to be caring about one thing or another, volunteering for this or marching to raise awareness for that. “I sometimes think if I try to maintain awareness of everything everyone wants me to be aware of that I’ll just go insane,” I said. “I’m tapped. My emotional resources are all allocated.”

“You can care about everything,” Dad said, “but you can’t do something about everything.” Regarding the situation with the girl who needs a lung in order to live, he said, “Whose heart wouldn’t get ripped out thinking about that? The lady in charge of Health and Human Services, the one everyone’s attacking because she’s not making an emergency exception to the rules — you can look at this woman and say she’s a horrible bitch, but she’s stuck between a rock and a hard place.”

“But if you care about it, doesn’t it bother you to not help with it? I’m not talking about all the stuff you’re already involved with — Make-A-Wish or Special Delivery — I mean the things you know of, but that you choose, for whatever reason, to not do anything about,” I said.

“When the tornado hit Oklahoma, you know, I have some time, maybe I could have gone over there to volunteer to help sort through rubble or whatever,” Dad said. “But I sent $100 to the Salvation Army instead. Whenever something terrible happens and I’m concerned about people as fellow Americans, or fellow people on Earth, I send money to a group I think will be able to help them. I’m not going to beat myself up for the ones I don’t help. I don’t disregard those things, but you’d burn yourself out if you tried to do something for everyone.”

“But what about when people try to make you feel bad, like you should care more about something that’s not real high on your list?”

“In my world, I do what I can, where I can,” Dad said. “I’m comfortable with what I do and I feel like I’m participating. This may sound cheesy, but I shine my light and I share my love.”

“No, it’s not cheesy at all,” I said, smiling to myself as I thought, Schmaltzy is the word you’re looking for.

After ending the call, I stared out the window without seeing anything, as if I were focusing on the air itself. Maybe Cause Fatigue was just a symptom, and the underlying disease was the nagging sense that my protective mechanism had become the norm. That the thousands of needles poking at my heart had only served to thicken and harden it.