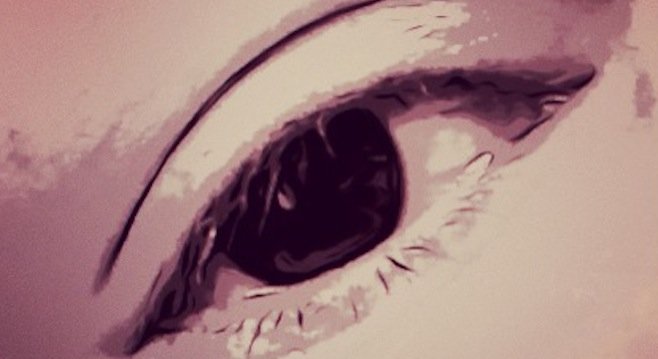 My father refers to David and me as “lesbians.” Dad means no insult — it’s just that nearly all of the couples he knows who seem to be attached at the hip also happen to be lesbians.

I always thought my man and I merely enjoyed being around each other all the time. But recently, I learned our connection goes deeper — that David is not only my best friend, lover, business partner, cook, cleaner, cocktail maker, and husband — he’s also my number-one coping mechanism.

When, a week before our trip to Martha’s Vineyard for David’s exhibition at the Granary Gallery, the doctor told me I couldn’t travel, I went home to cry in David’s arms. The tears were born of separation anxiety and frustration, mixed with a dash of anger at myself. The reason I couldn’t travel was because my eardrum had ruptured. And that had happened because I’d been stupid about my health — not getting enough sleep, not exercising, not eating right, the usual side effects of stress and exhaustion. I had worked myself to the point where a part of my body, very close to my brain, literally exploded.

In the days before David left, I vacillated between apprehension and optimism. “This will be good for you,” I said. “You need a break from my constant yapping and all my drama.”

“I don’t want a break,” David said. “You just want to do all the things I keep you from doing.”

“It’s true, I am looking forward to eating at Taco Bell,” I joked. But then my smile faded and my mood darkened. “Who’s going to unload the dishes at your parents’ house? That’s my job. And I was looking forward to working on a puzzle with your mom. And this will be the first time in ten years that I am not standing by your side at your big annual show.” The more I thought about my love being on an island 2600 miles away from me, the more frantic I became. But David calmed me down, as he always does.

It wasn’t until he was gone that I realized I’d forgotten how to calm myself down, and I began to question whether I’d ever been able to or if I had just been a nervous wreck 24/7 before the Zen presence that is David entered my life.

When I dropped David at the airport, I got out of the car to give him a tight, lingering hug, and water gushed from my eyes like fake blood in an SNL skit. It’s just a week, woman, get ahold of yourself, I thought as I plastered a sad smile on my face and told my man to have a good flight while I tried not to think about how badly I wanted to be going with him. When I got back in the car and the sobbing began, I wondered how in the world military spouses survive those unthinkably lengthy separations.

The doctor had told me to rest, that antibiotics would only go so far, and I needed sleep. But without David beside me, all the little sounds that I normally sleep through seemed amplified — a car door slamming in the parking lot, water running through a pipe, a creak in the building. I never thought I was the type of person who needed to feel safe until I realized how safe David makes me feel.

“I’m absolutely pathetic,” I said to Terri. She was the third friend who, in answer to a simple, “Hey, how’re you doing?” type query, found herself downstream from a torrent of tears. “I can’t sleep at all, and I’m subsisting on protein bars and Lean Cuisines. And I’m so sick of myself, all my moping and my bitching. I don’t know how David puts up with me.”

By doing the exact opposite of what the doctor ordered, I ended up feverish and bedridden for two days, and my ear infection would not go away, despite a second round of antibiotics.

I called David to let him know that the doctor had put me on a third round of even stronger stuff, the same meds used to kill anthrax. In an email, I wrote, “I love you, and I miss you terribly. Also, I may or may not have broken that thing in the shower in my frustration to get it to hang right.” 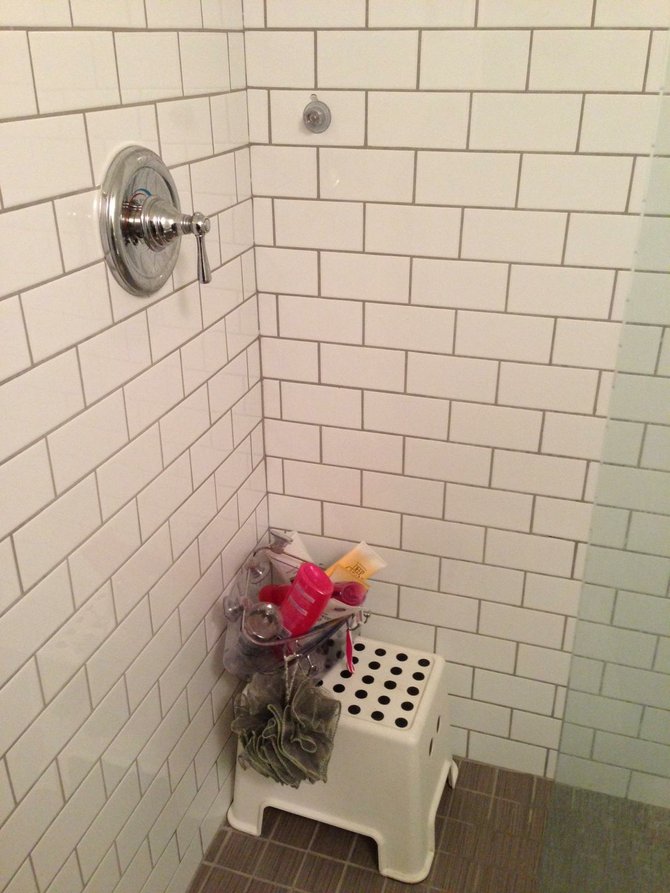 The remains of our shower caddies

After receiving my email, David called. He said it was to see how I was doing, but I could tell he was really wondering what the hell I had done in the bathroom. “I’m not the only thing falling apart without you,” I reported, and then, because we were FaceTiming, I walked into the bathroom to show him what I meant. With my phone, I slowly scanned down so he could see our shower caddies, stacked in the corner on the shower floor, instead of hanging on the wall where they should have been. I’d ripped the plastic and snapped the metal in an exasperated attempt to adjust one of the suction cups. I just don’t have patience for shit like that. David is the patient one.

“Why are you crying again? Babe, I’m worried about you,” David said.

In response, I furrowed my brows at the camera on my phone and wiped my cheeks. “I’ve never been more aware of the fact that you are the glue that holds me together,” I said. “I always thought of myself as an independent woman. But I’m not. I’m dependent. On you. Like, in a freakin’ huge way.”

The day David was due back, I didn’t bother trying to wipe the grin off my face. I hadn’t thought it possible, but when I collected him at the airport, I hugged him even harder than I had a week before. Only this time, my tears were made of joy.