It’s a rare treat for me to get to spend time with all of my sisters at once. And even rarer and more enjoyable to have all of my sisters, and all of their husbands, minus all of their kids. Don’t get my wrong, I love my niephlings, but when everyone in my family is all under the same roof, it’s difficult to really connect with my sisters and brothers-in-law, whose number one priority is to police the chaos inevitably created by any gang of children. I love my parents as well, but there’s a unique dynamic when it’s just us girls, and a different one still when it’s all the sisters and all our husbands.

Point being, I was thrilled to get to spend an evening with, just (and all) the eight of us. This was a belated birthday celebration for Sean, and he chose Stone Brewery. We were originally going to go to the Stone in North County, but then Heather and Sean were evacuated from their San Marcos home due to the crazy fires. They were staying at Mom’s down in Chula Vista, so we settled on the new Stone Bistro at Liberty Station (a convenient five or six minutes from my place).

On a related note, wow, there are some real douche-nozzles that hang out at Stone. David and I got there early (this was a Friday) and sat at the bar outside. The bartenders were awesome, friendly and knowledgable, super chill. The patrons, however… ew. Like, blech. Not all of them, but more than I’m used to dealing with in one place anywhere outside the Gaslamp. Gah.

Fortunately, it was such a rare occurrence — being as close to belligerent drunkards as I got to the Sumatran tigers at the park’s new Tiger Trail exhibit — that it was entertaining in an exotic, cultural anthropological sort of way. Look, David, it’s a Dude in his natural habitat. He just called the bartender Dostoyevsky and tried to get a fist bump, then, when his fist was ignored by the glaring barman, the Dude distracted his hand by twirling the corners of his overly curly mustache — interesting, that; usually the guys with those century-old circus staches aren’t this obnoxious. Let’s see what he does next.

I was actually disappointed for  the briefest of moments when all the siblings showed up — I wasn’t quite finished with the demonstration of dudeness, but I got over it once I saw my sisters. We were seated at a big table inside (next to a huge, cacophonous party of around 20). The food was “eh,” but the company was fantastic. We were having so much fun catching up that later, when the check came, David and I insisted everyone come back to our place (it’s close, so close!) for a round of Cards Against Humanity, which has pretty much become the family game.

Jane and Jenny, perpetually exhausted, went straight to the couches, but it wasn’t long before they rallied to join the rest of us at the table. 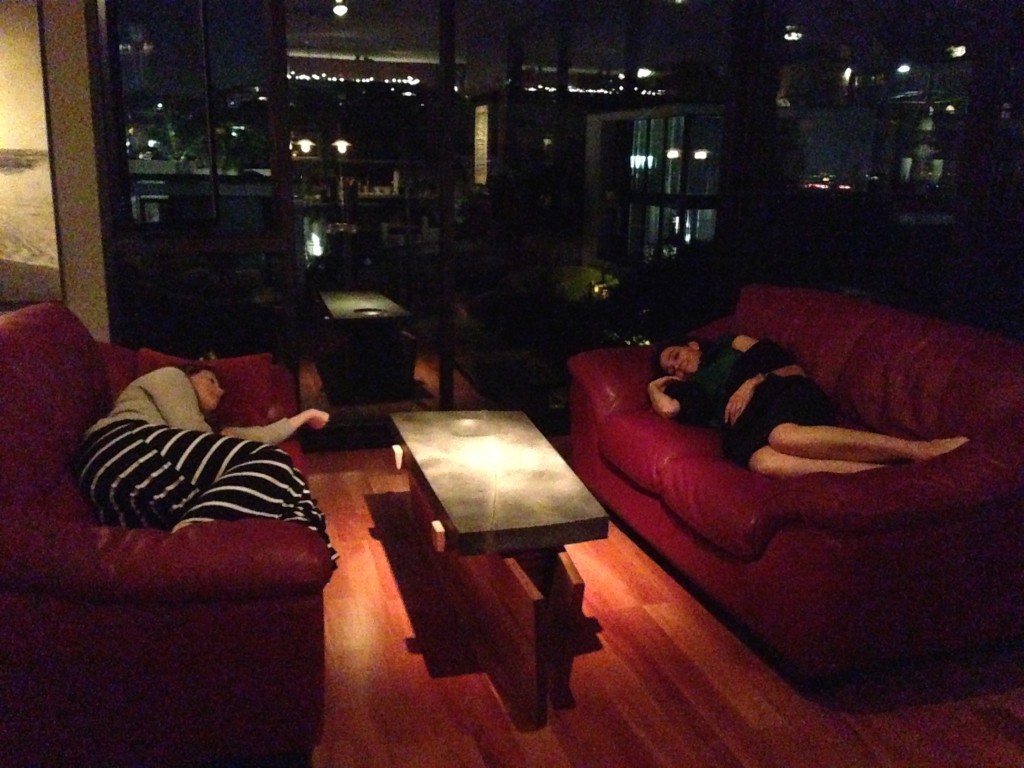 There was much laughter for about an hour and then, all too soon, Jenny (who has the youngest children of the clan) entreated the rest, who had all traveled in the same car, to head back to my mother’s place, where the children were being held.

I feel lucky to have my sisters and brothers-in-law, and to live in such close proximity to them. But most of all, I feel fortunate for our relationships with one another, that we can laugh and tease, and laugh some more, with never a doubt in any of our minds about how very much we love each other.

Here are a few pics from the short after-party. I’m on a mission to schedule another, longer sibling gathering. And then another. 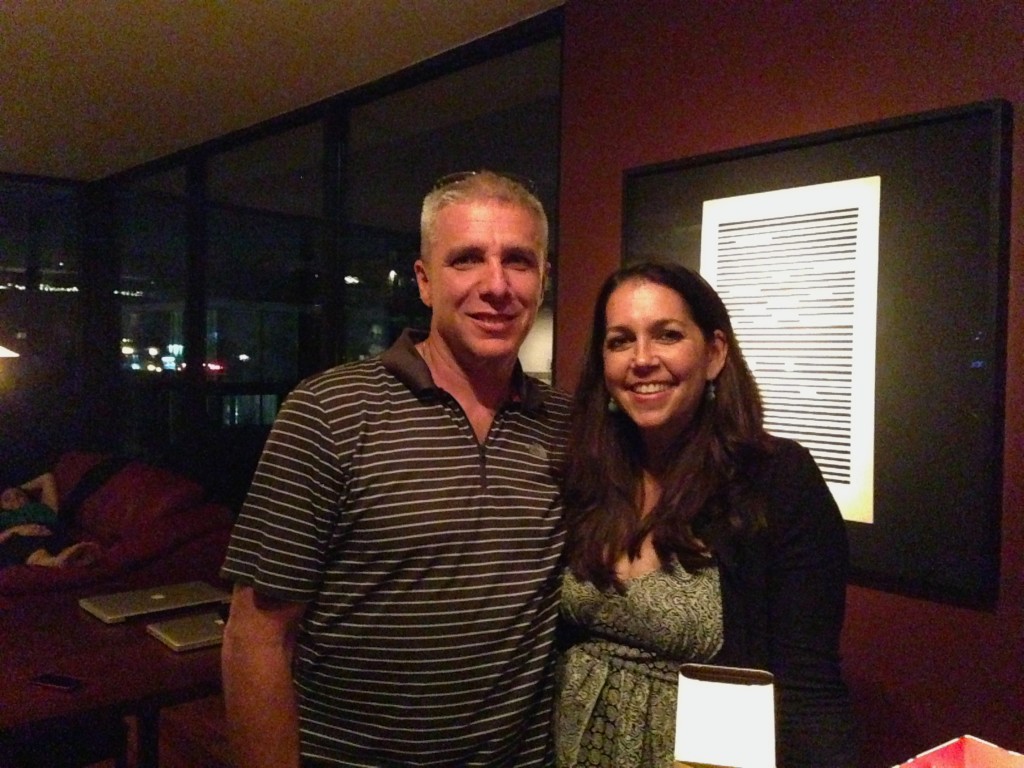 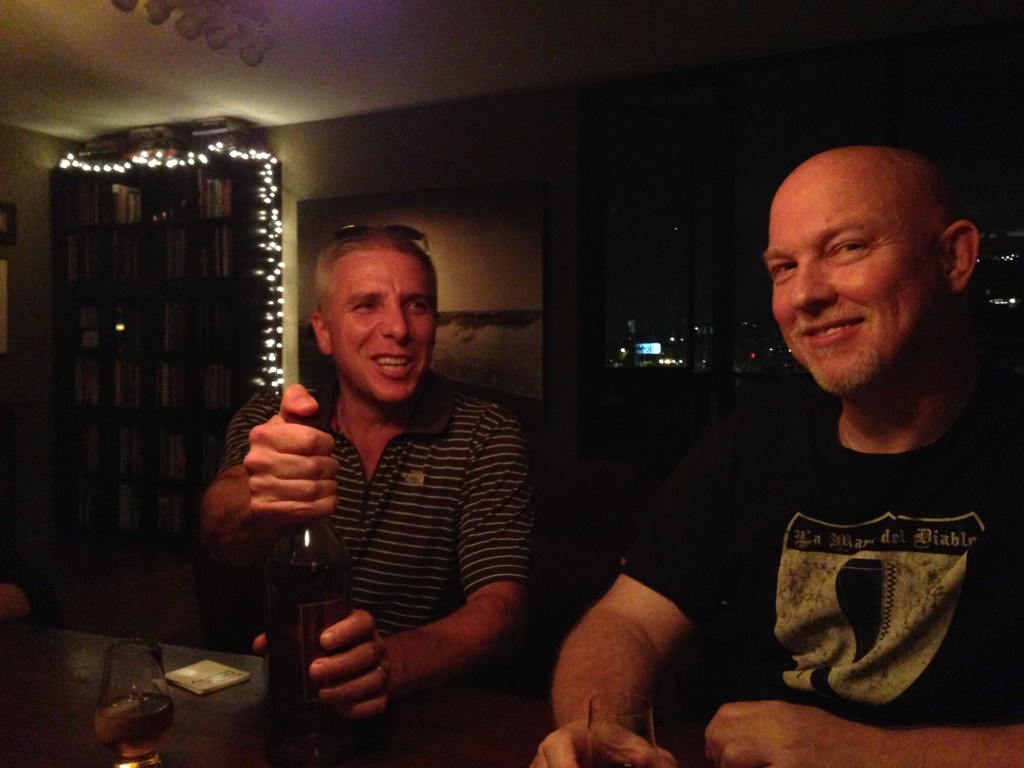 Sean and David, enjoying themselves 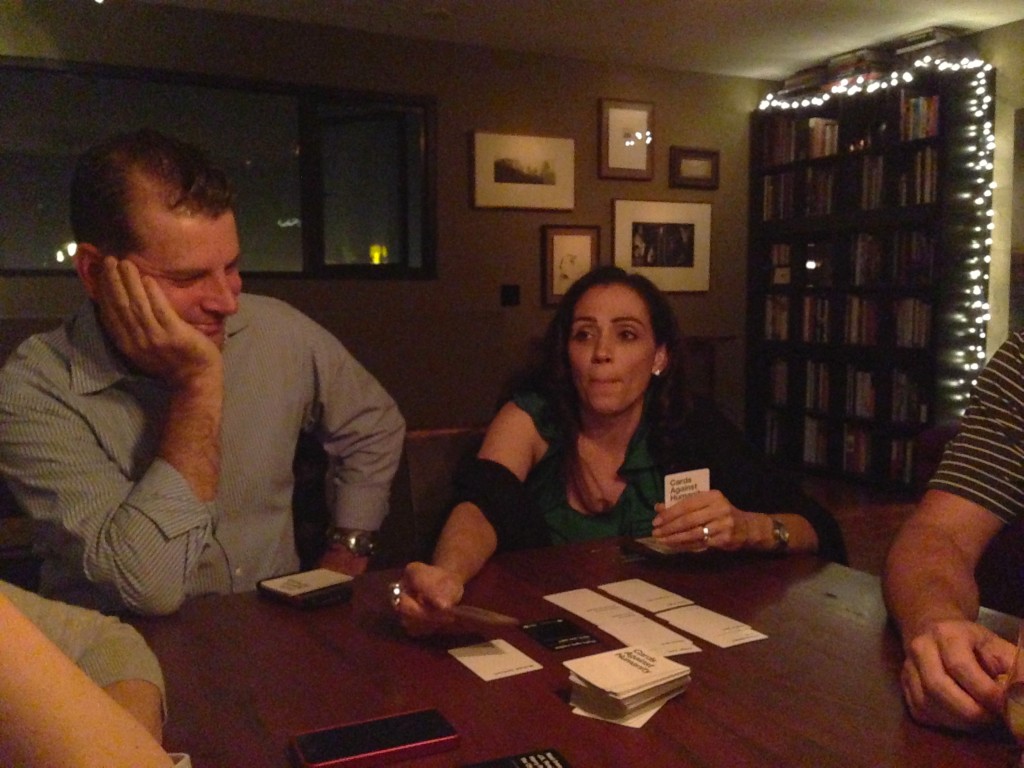 Simon and Jane, who looks antagonistic