My Lips on San Diego Living!

I had a blast as a guest on San Diego Living this week. Before I get to the behind the scenes stuff, first, check out the scene itself, which is ME ON LIVE TV. During this live interview, I got to say “butt balls” many times. And that was fun. Ignore the fact that the computer dudes spelled my name wrong, at least it was spelled correctly the whole time I was on. Also, Barbella has a whole different kind of cool ring to it, don’t you think?

Ah, but BEFORE I was led into the studio to get comfy in the living room set, I was hanging out in the green room. With this guy. 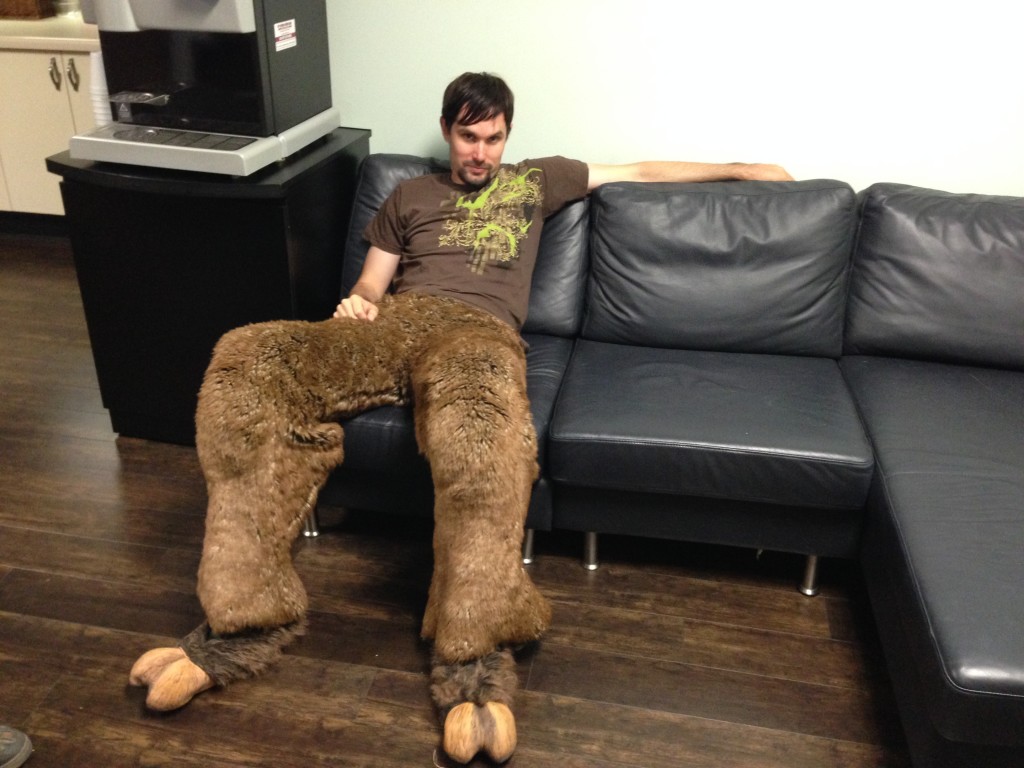 Goat Man in the green room

He wasn’t alone. After lounging for a while, he and his buddy put on their masks, to promote the Great Horror Campout by scaring the piss (seriously, she said she had a “wardrobe malfunction,” it had to be that) out of the lovely anchorwoman. Check out David in the background, capturing the encounter on film. 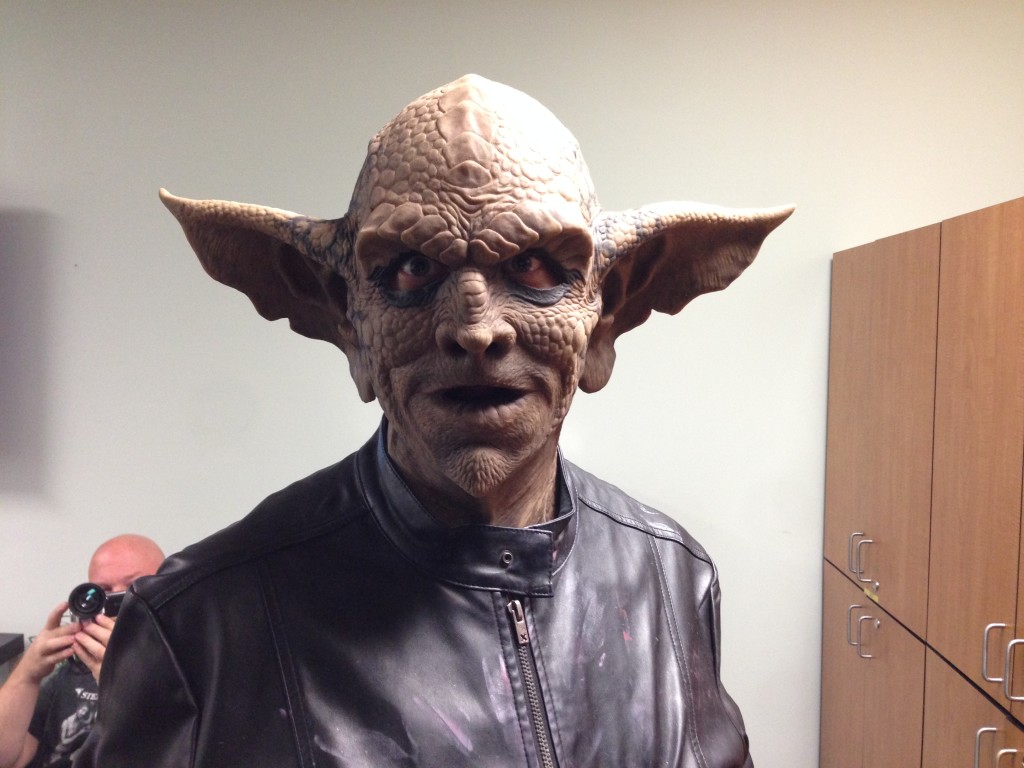 The “Dark Lord,” as he called himself 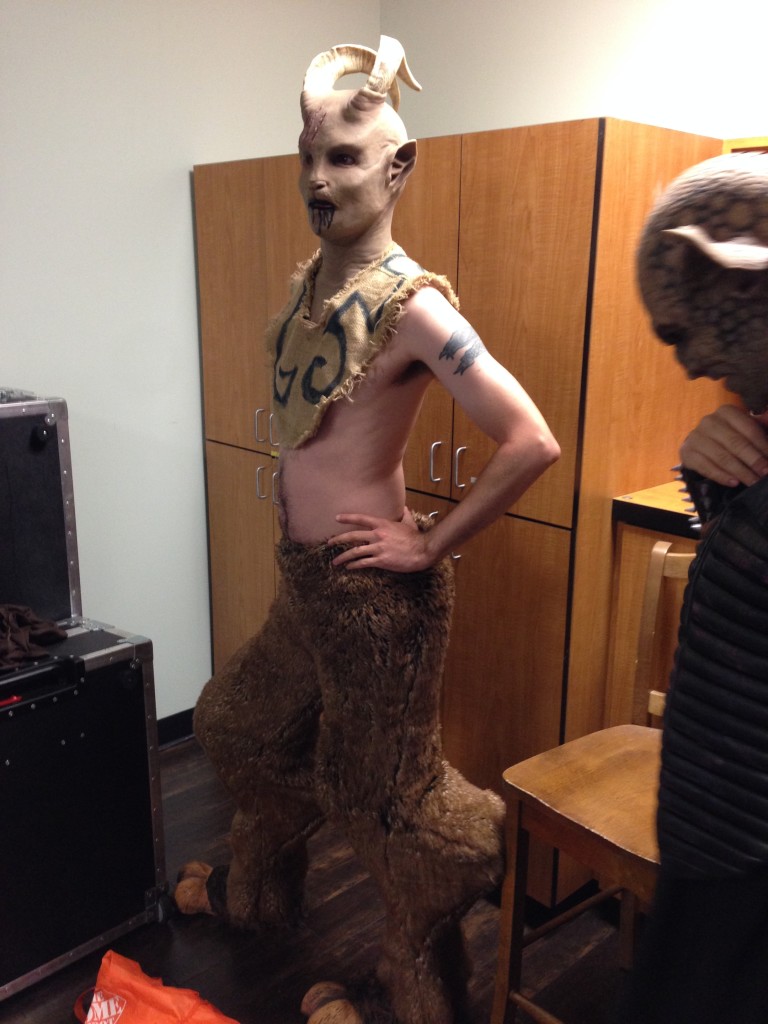 Goat Man, all dressed and ready to… goat.

While waiting to go on, I sat on a chair in the shadows of the set, where I could see the anchor desk, the kitchen set, and this, the living room set. I was happy to see they had their mikes built into the set, so I didn’t have to fiddle with a mike-pack. 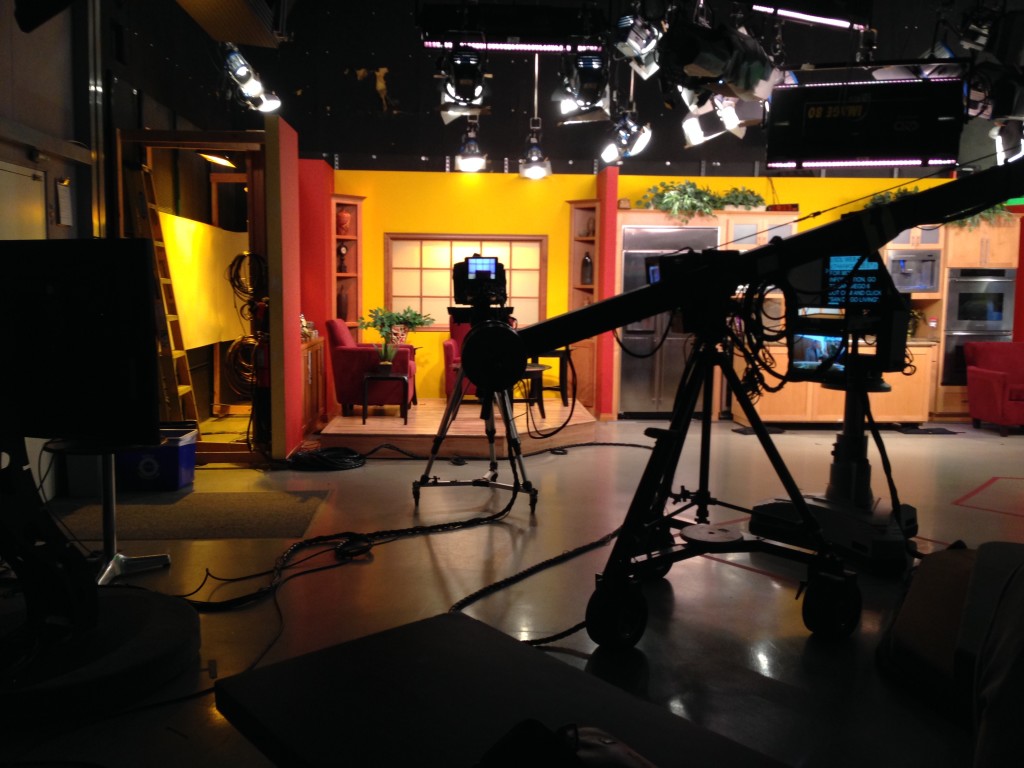 My favorite thing about the whole process was how hard the other anchor was laughing over at the desk when I was talking about butt balls and my “minor preferences.” At one point, he was laughing so hard he slapped his hands on the desk. That’s when I look over in the video. In that moment, I was thinking, there’s a dude who would be fun to drink with.