Saigon on Fifth (is really on University)

Finding an available parking meter in the heart of Hillcrest is like finding a stiletto in Ocean Beach. Fortunately, there’s a parking lot few people know of beneath Saigon on Fifth, which is accessed off of Fifth Avenue (despite the signage and main entrance to the restaurant, which is on University, equidistant between 5th and 4th). The sign at the entrance to the garage implies you will be charged to park within, but the restaurant validates your parking ticket — so as long as you’re just there for a meal, you get a guaranteed parking spot without having to dig for change.

Because of long work hours at home while David was too sick to cook (my poor man succumbed to a variety of the colds that have been going around) I’ve been using the Restaurant Connection to deliver Saigon on Fifth’s fare directly to my place for dinner. When he was suffering from a stomach bug, chicken pho was the only thing David was interested in eating.

I hadn’t physically been to the restaurant in many months, mostly because I’d forgotten about how easy it could be to park underneath. So, because we’d been stuck working at my place all morning, when my sister Jane and I lifted our heads in hunger, I suggested we get out of the house, away from our papers and laptops, and dine in at Saigon on Fifth.

It is at Saigon (I’m losing the “on Fifth” from here on out, you should know which one I’m talking about by now) that I find my favorite fresh spring rolls — mostly because I don’t have to specify “no cilantro,” they’re already prepared with just the lettuce and a bit of mint. Jane’s a vegetarian, so when I dine with her, we get the tofu version. It’s simple, fresh, and tasty, but I prefer the traditional version with a thin slice of pork and shrimp. 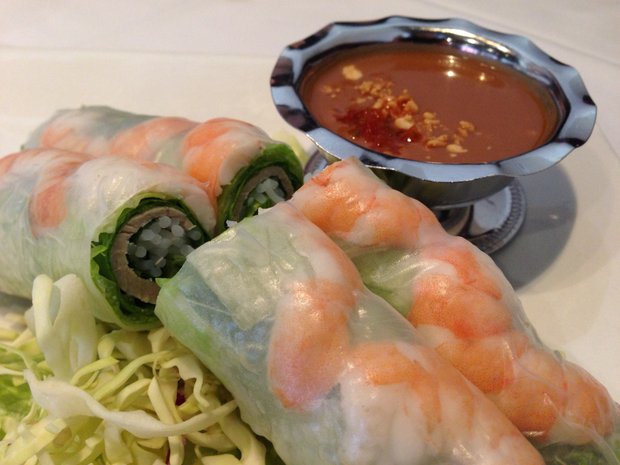 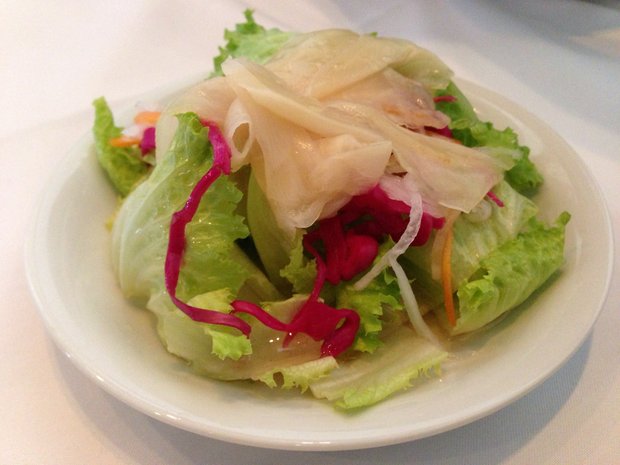 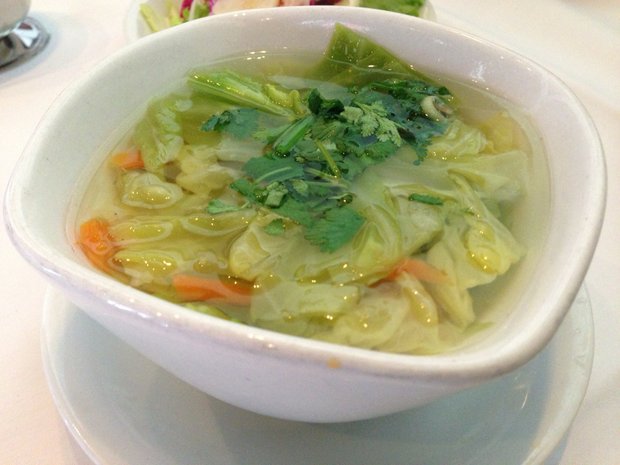 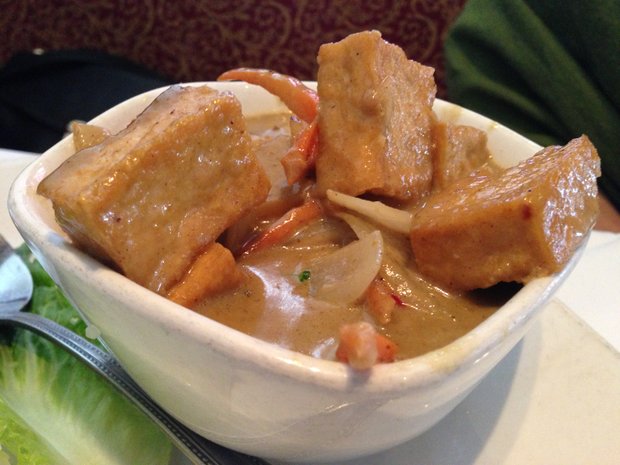 I’ve been getting the same thing for a while now — the dumpling soup. I love this soup, because there’s no oil in the broth — it’s light and clear, and leaves me feeling energetic and satisfied rather than weighed down and stuffed, as oilier broths tend to do. I add a little chili sauce for spice (I prefer most things with a kick), but aside from that, I simply enjoy the fresh and natural flavors of veggies (such as broccoli) and lean proteins, chicken and shrimp. The pasta envelopes (dumplings) are thin but not overcooked, and filled with a small chunk of the same chicken that is in the soup. 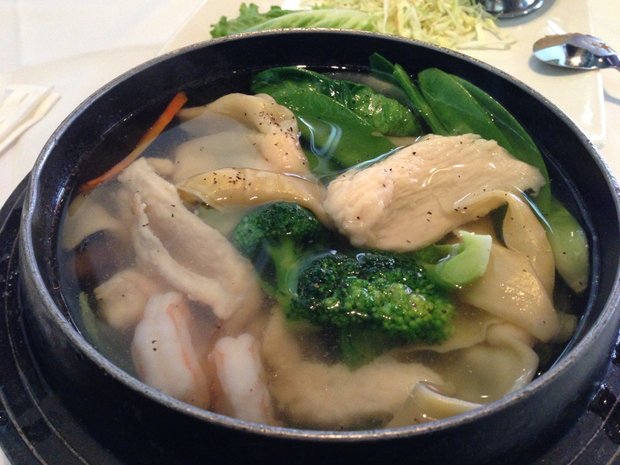 I’d been accustomed to pouring the soup out of a Styrofoam cup, so it was nice to enjoy it directly out of the hot iron pot. At least, I think it was iron. I’m more of a foodie than a metallurgist. All I know for sure is that the stuff inside of it tasted damn good.