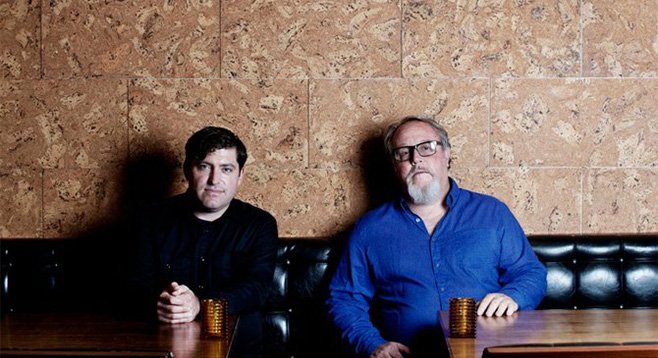 It’s no secret that Starlite is one of my major haunts — this remote, hip and chill restaurant in the middle of an industrial strip of India Street is home to my favorite burger, and a few of my favorite cocktails (the Holly Golightly, which is a Manhattan with a dash of maple liqueur, and the Kentucky Colonel, to name a few). But more than that, it’s a place where some of the nicest people in town frequently gather to share stories, sip craft cocktails, and dine on first-rate food made from locally-sourced ingredients, offered on an innovative menu that Chef Kathleen Wise is constantly shaking up to the excitement of regulars like me.

To celebrate their seventh year (wow, has it already been seven?), owners Tim Mays (of the Casbah, which just commemorated 25 years of showcasing both up-and-coming and venerable musicians) and Matt Hoyt (music video director, writer, and award-winning musician) have partnered with seven local charities. Starting Monday, September 29 with the San Diego Music Foundation and closing on Sunday, October 5 with Olivewood Gardens & Learning Center, a portion of the proceeds made each night will go to the charity of that day (see below for full schedule). Both to boost sales for these charities, and because it’s a great excuse to bring out the good stuff, the guys are breaking out their personal stashes of the extremely rare and highly coveted Pappy Van Winkle, starting Monday until it all runs out. Named for Julian P. “Pappy” Van Winkle, who was the patriarch of the now-four-generation bourbon making family, this particular whiskey is made using wheat with the corn and barley instead of rye, a substitution that adds smoothness. In more recent years, Preston Van Winkle (who would have been Julian IV, had his father, Julian III kept the name going) partnered with Buffalo Trace, though he follows his great-grandfather’s tradition of personally selecting casks.

Old Rip Van Winkle, as the distillery is officially known, is “sending special stuff just for the occasion,” I’m told. On offer will be samplings of their Rye, 10-year, 12-year, 15-year, 20-year, and the elusive 23-year, ranging from $16 to $73 a pour, starting Monday, and going until it’s gone.