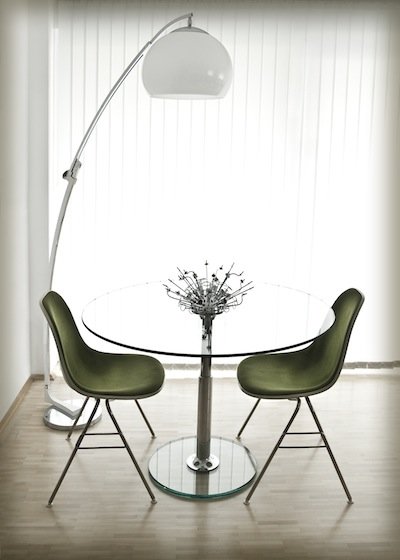 I just got home (my current home) from signing a lease for what will be my new home. David and I are excited to have this decided and done, and now we’re busy with preparations and planning for our new place. I was delighted when I learned that my new address has the same zip code I’m in now. That makes things easier when I’m getting gas. You know, because you have to type it in the… whatever, you get it. The place is smaller, for sure. We’ll be downsizing from 2100 square feet to just over 1000 square feet.

But here’s the deal — the money you spent for it? It’s GONE. You might be able to make some back, or you can do a good thing and gift it, but the money is GONE and in return for that money, you got to USE that thing for a while. The guilt? Forget about it. We create all that shit in our heads anyway, and your mom isn’t going to cry if you no longer have a “thing” she gave you, because she didn’t care about the “thing,” she cared about “you,” which was why she thought of giving it to you in the first place. The resource? If you haven’t opened that box in 5 years, you’re not going to. Let go.

I tried to force David to do all of those things when he was sorting through his studio, but the clutter clinger would have nothing of it. I was frustrated with him at the time, but now that it’s my stuff that must go, I get where he was coming from.

I’m remembering all of these things and more as I realize that we will be letting go of a good amount of art, and furniture, in order to adjust to our new space. All of our giant clunky stuff will go, and we’ll get new, mid-century, sleeker things that don’t take up so much room. That’s the fun part, the new stuff. But I’m still struggling with the fact that I won’t have a 6.5×3-foot desk surface on which to place all of my little inspirations. So I prioritize — the only thing I really need is this glass paperweight, the one my grandmother gave to me, which I wrote about the last time I moved.