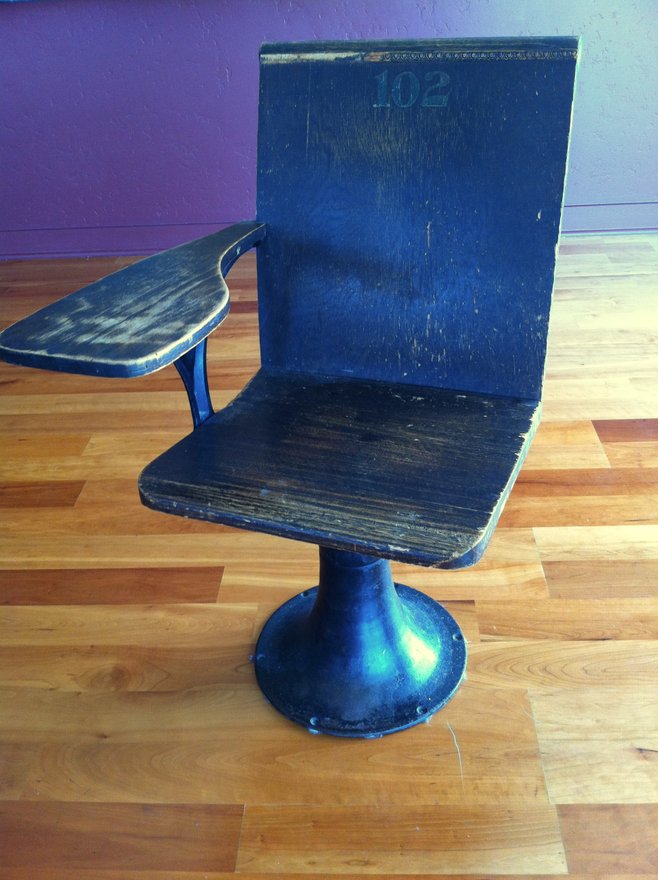 When David and I first moved in together, I deferred to his decorating style, not only because I liked it, but also because I had not really developed any of my own. My apartments had always been an eclectic hodgepodge of items that shared only one characteristic: I enjoyed looking at them.

David’s place had cohesion. His style could be summed up in two words: Minimalist Zen. His walls were a soothing grayish green; his artwork was a mixture of Japanese woodblock prints and black and white photographs. It was easy to adopt, as natural as feng shui.

Now, a handful of years later, as we move to a new place to begin the next chapter, both David and I feel that we might as well go full throttle with this whole change thing. “What if we went kind of steampunky with our new place?” he asked me over wine last week. Side note, wine has been happening a lot more frequently lately – self-medication is no joke, and my meds are no match for the kind of stress we’ve been under these last few months.

“It would certainly match your chair,” I said. David kept one of his old classroom chairs from Cornell, the ones from the 1800s that he witnessed being tossed in a dumpster when they were updating their décor during his time there. The student-distressed wood is set on an iron base.

“Actually, not steampunk so much as romantic industrial,” David said. “You know, those old lightbulbs with the filaments showing, repurposed wood tables on steel legs. What do you think? It will also go with your Writer’s Block painting, with that old typewriter.”

“I love it,” I said. “Romantic industrial for Pandorica it is.”