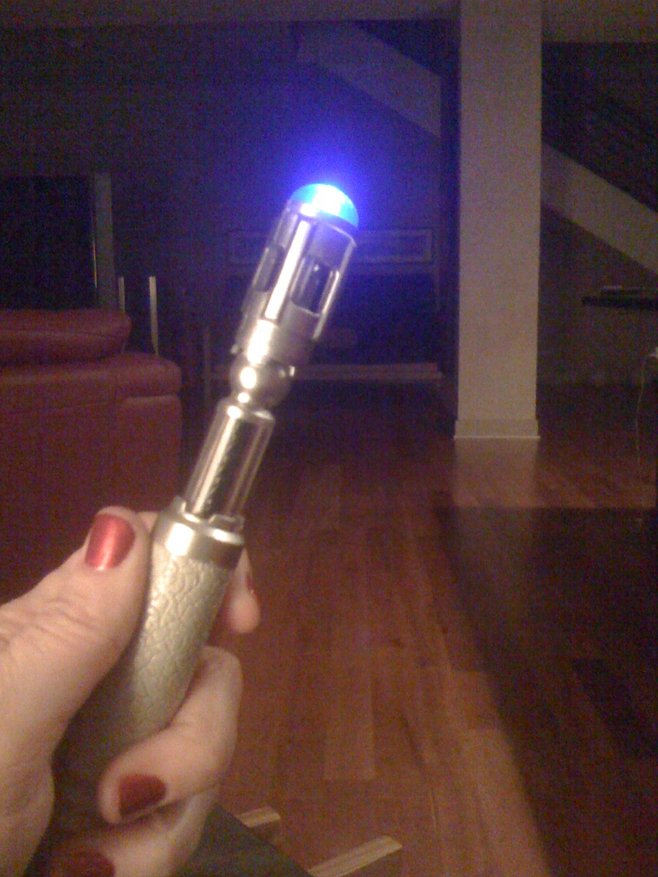 There are few things about which I am ambivalent. I don’t merely “like” the stuff I’m into – I geek out. This probably has something to do with my obsessive nature, a prerequisite for all geeks.

I don’t just watch The Big Bang Theory (a sitcom about brilliant but socially inept physicists), I quote the characters and buy related merchandise. For a while, my iPhone case was emblazoned with the “Rock, Paper, Scissors, Lizard, Spock” diagram. I bought David the Personal Soundtrack Shirt – a t-shirt with a built-in speaker to blast music appropriate to your mood and situation.

This Friday, David and I will receive the keys to our new place. Over drinks the other night, we were brainstorming nicknames for our new abode. “I want a secret word, something we can say when we’re out, like hey, party back at blank,” I said. “But I want it to be cool, something different than we’ve used before.”

I’ve had friends who’ve named their homes – there was the Tree House, Camp David, Stanton Residence (that one was actually a historical home in town, it came with a name), Asia Eden… when I met my David, he referred to his place as the Dave Zone.

“What about Pandorica?” David suggested. I could tell by his satisfied smile that he knew he’d found the perfect name. David was the one who introduced me to the BBC program Doctor Who, a show he’d been geeking out over since he first got into it back when Tom Baker was playing the Doctor. For his birthday last year, I bought David a sonic screwdriver, modeled after then 10th Doctor’s, played by David Tennant (my personal favorite).

The Pandorica was only recently introduced, after Matt Smith became the new Doctor. Basically, it’s a giant box, meant to be a prison to house “the most feared organism in the history of the Universe,” which turns out to be the Doctor himself.

“Oh my God, it’s perfect,” I said, smiling a geeky smile. “After-party at the Pandorica. It has a nice ring to it. That’s it!” It made sense on so many levels. Our new place is smaller, and therefore we don’t plan on having any major cocktail parties, as we had before, but rather more intimate dinner parties and small gatherings. But most of all, it will be a sanctum for David and me — a cozy, quiet, and private place for us to escape the fray. And of course, because I’m a geek, thinking of our new place as Pandorica makes it that much more exciting to move into.